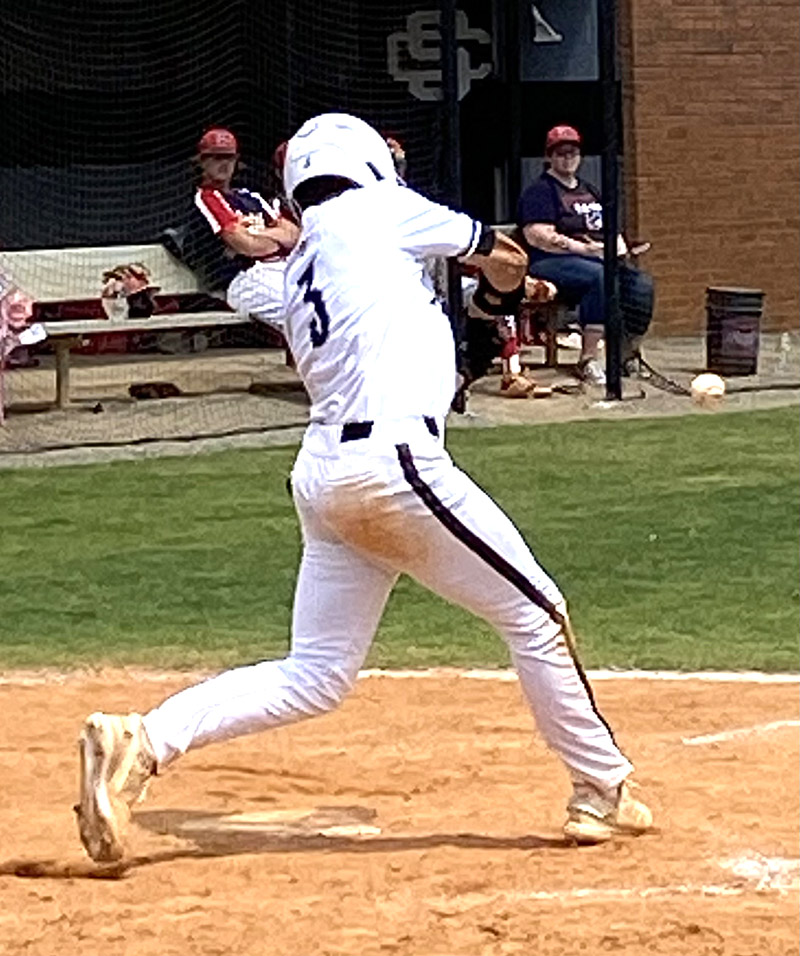 Schley County senior right fielder Trypp Lumpkin belted a two-run home run in the bottom of the sixth to end the game and to give the Wildcats a 10-0 victory over GSIC, thus clinching the first round series for SCHS and sending the Wildcats into the second round of the state playoffs. Photo by Ken Gustafson

ELLAVILLE – After scoring a total of three runs in their first two games against the Georgia School of Innovation & Classics (GSIC), the Schley County Wildcats (SCHS) fired up the bats when they absolutely had to. With their first round state playoff series with the Patriots tied at 1-1, the Wildcats exploded for 10 runs on 11 hits and completed that offensive explosion with a walk off two-run homer by Trypp Lumpkin in the bottom of the sixth inning to secure their 10-0 victory over the Patriots in Game 3 and advance to the second round of the GHSA State Playoffs.

While the SCHS offense was on fire, the Wildcats’ freshman starting pitcher, Ashton Raybon, was equally as hot. Raybon pitched six scoreless innings, giving up only two hits and posting six strikeouts while walking two to get the win. 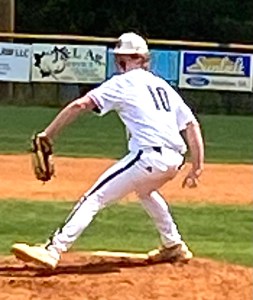 Schley County freshman pitcher Ashton Raybon pitched six scoreless innings and only allowed two hits to lead the Wildcats to a 10-0 victory over GSIC in the deciding third game of the first round state playoff series.
Photo by Ken Gustafson

Over the first three innings, neither team could score as Raybon and GSIC starting pitcher Trent Thompson were both keeping the offenses at bay. However, things changed in the bottom of the bottom of the fourth when Lumpkin led off with a double and Jack Clark followed with an RBI double, scoring Lumpkin. Owen Lamb then singled to left field, but an error by the GSIC left fielder allowed Clark to advance to third and Lamb to advance to second. Cameron Barnes would later drive in the Wildcats’ second run of the game on a sacrifice fly. With three innings to play, the Wildcats had a 2-0 lead. 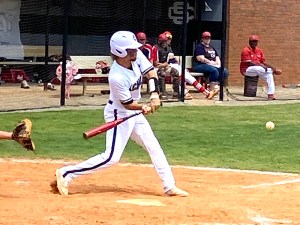 Schley County left fielder Owen Shufflebarger drove in a run and scored another in the Wildcats’ 10-0 victory over GSIC in Game 3.
Photo by Ken Gustafson

SCHS was not done, however. In the bottom of the fifth, the Wildcats scored three more runs on three hits, but the real offensive explosion took place an inning later as the Wildcats scored five runs on five hits in the bottom of the sixth. The fifth and final hit of that sixth inning explosion came off the bat of Lumpkin, who belted a two-run home run over the right field wall to end the game due to run differential rules.

Both Lumpkin and Clark led the Wildcats’ charge by going 2 for 3 with two RBIs and two runs scored. Both Owen Lamb and Carson Westbrook also went 2 for 3 at the plate with an RBI, while Brody Fuller, Cameron Barnes and Wesley Hughes each had one hit in the contest. 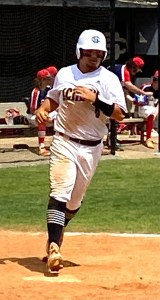 Schley County first baseman Jack Clark went 2 for 3 at the plate with a double, two RBIs and two runs scored to help lead the Wildcats to victory in Game 3 over GSIC.
Photo by Ken Gustafson

The Wildcats (18-10) will advance to the second round of the GHSA Class A-Public State Baseball Playoffs and will host the Tigers of Claxton (14-12), who swept Seminole County 16-6 and 8-1 in their first round series. As for the GSIC Patriots, they finish their season at 9-10. 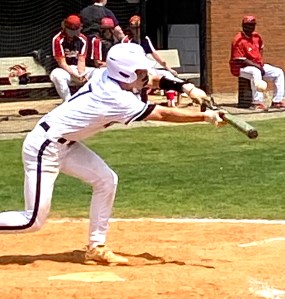 Schley County second baseman Carson Westbrook is seen here trying to lay down a bunt in Game 3 against GSIC. Westbrook went 2 for 3 at the plate with two singles, an RBI and two runs scored.
Photo by Ken Gustafson

The Wildcats’ second round series with Claxton is scheduled for Wednesday, May 4. Game 1 is scheduled to begin at 4 p.m., followed by Game 2 to begin 30 minutes after the conclusion of Game 1. If a third game is necessary, it will be on Thursday, May 5.