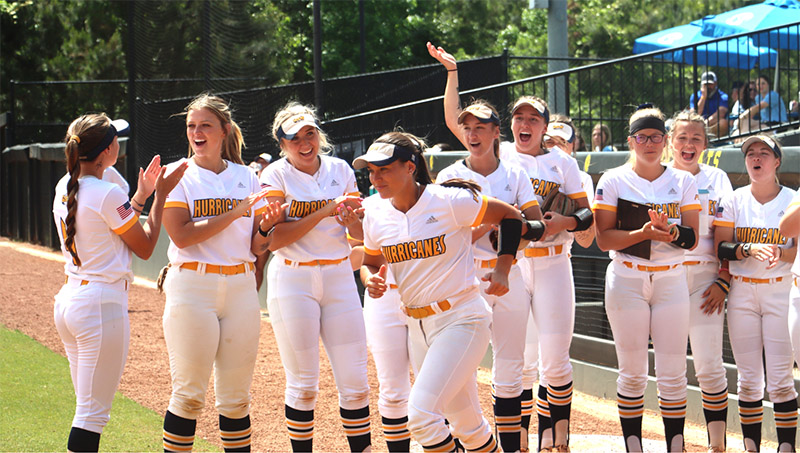 The Georgia Southwestern State University softball team was knocked out of the Peach Belt Conference Tournament with a loss to Young Harris College to end its season, but the 2022 Lady Hurricanes are the first GSW softball team in program history to reach 30 or more wins in a season. Photo by GSW Athletics

LANDER, S.C. — The Georgia Southwestern softball team completed their season after a quarterfinal loss to Young Harris College in the Peach Belt Conference semifinals. The Lady Canes end the season as the first team to reach 30+ wins in program history, most wins, the highest conference regular-season finish and had the first Peach Belt Conference Player of the Year in program history.

Their final game of the season was a high-scoring affair with the Lady Canes’ comeback bid coming up just short. Zoe Willis did her typical damage hitting one home run and driving in three runs in the contest and keeping the Lady Canes within striking distance pitching five innings of relief allowing zero earned runs. Lacey Rutledge ended her first season at Georgia Southwestern on a high note hitting a home run to get the Lady Canes on the board.

The Lady Canes return all but one starter next season and look to build on the momentum of their historic season finishing with a record of 33-21.