On National Day of Prayer, there is a simple pause 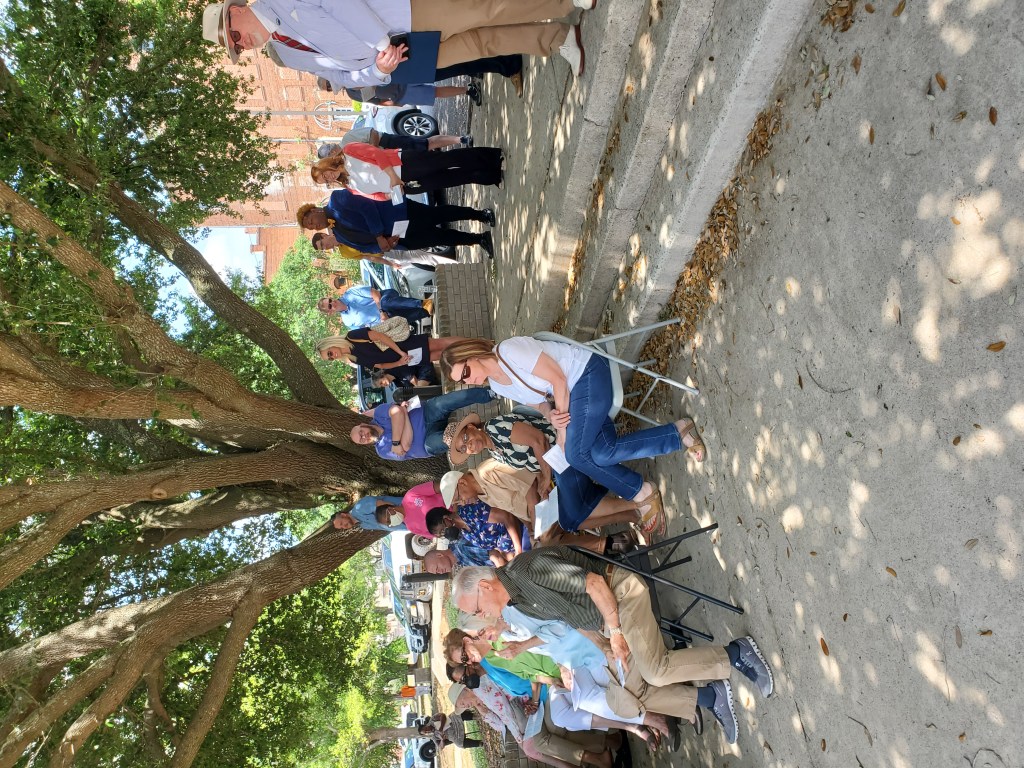 “The first thing we have to do is pause. It’s important to pause. If we fail to pause and spend a few moments listening to God, then we have missed out on the greatest blessing we could ever have. It is in the pausing we can hear God. So, we pause.” 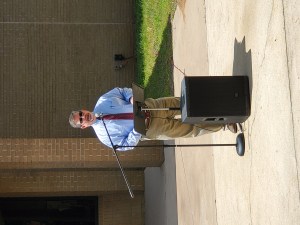 Rev. Daryl Brown offers the keynote address on the National Day of Prayer

Daryl Brown’s words fell upon hopeful souls on the National Day of Prayer, celebrated nationally on Thursday May 5, 2022. It was celebrated in a sweet Sumter County manner at high noon at the public safety building in Americus. The building offers one large shade tree, under which neighbors gathered from all over the county to pause. And pause we did. Life changes when we are intentional about taking a pause. There is space in a pause to breathe. It was designed for such; in that breath we find God. On Thursday, under a shade tree planted long ago, neighbors did indeed find our God.

The National Day of Prayer is rich in history. As our Mayor, Lee Kinnamon, a historian in his own right reported, the observance of what we were celebrating had its roots as deep as the First Continental Congress, as they called for a National Day of Prayer in 1775. In 1863, President Abraham Lincoln again called for such a day. As a joint congress resolution, in 1952, President Harry Truman signed the observance into law. In 1988, President Ronald Reagan established the day to be observed on the first Thursday in May. This year, as in years past, the mayor proclaimed the day as such for the City of Americus.

It was a rich pause. The Sumter Area Ministerial Association sponsored the event and many of its members led the prayers and observances. To welcome neighbors, Norris Harris opened the program, followed by Chet Crowley, a veteran, who led the Pledge of Allegiance. Next the crowd enjoyed “The Star Spangled Banner,” as rendered by Rontae Angry. Mark Scott further welcomed the crowd and Drew Anderson led the group in a statement of faith. After Lee Kinnamon gave a proclamation, Rusty Mauldin introduced the keynote speaker, Daryl Brown. Daryl led the crowd with some simple yet vital words on the importance of prayer, reflection, acknowledgement, gratitude, yielding and community. He gave the crowd a reminder of the unity that is found in Christ Jesus and how such a unity can define our community. Rontae Angry again offered his gift of voice by leading the crowd in “My County Tis of Thee.”

The crowd got very specific with their prayers. There was personalization. Special wisdom and blessing poured down on various groups. The group focused their attention on our country and its leaders, military and law enforcement, our local businesses, our educational system, our churches, our families, the poor and disfranchised and medical professionals. For each of these groups, a leader of a local church stood up and used their voice to put words to our desires.

There was a pause last Thursday. A space was created. God showed up to be with us in that space. It is with thanksgiving we are able to do so as a community defined as God’s kids. There is nothing like pausing. That blessing is doubly good when the pause is taken along side our neighbors. For an intentional pause, for a fantastic little village, for an old shade tree and for a God mighty enough to provide all three on a beautiful day in May, there is much gratitude.