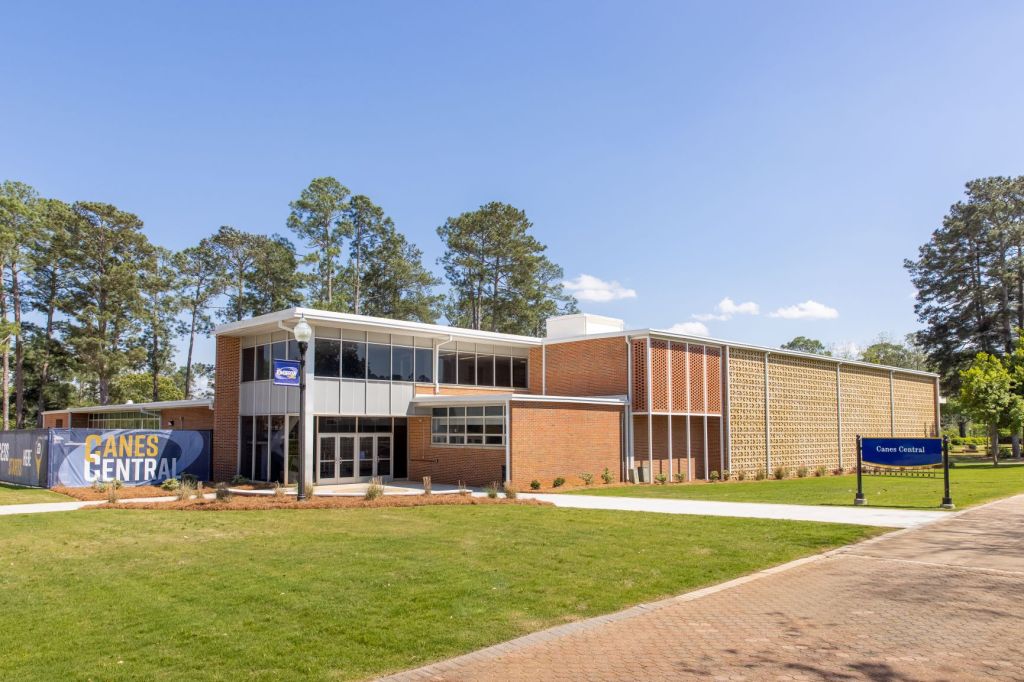 AMERICUS (May 10, 2022) — Canes Central, previously known as the ACE Skills Center, at Georgia Southwestern State University was among 26 award recipients presented by The Georgia Trust for Historic Preservation, recognizing best of preservation during its 45th Annual Preservation Awards Ceremony. The mid-century modern building won in the Excellence in Rehabilitation category. 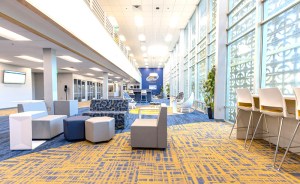 Constructed in 1962, Canes Central underwent a $3.4 million renovation thanks to funding from the University System of Georgia Board of Regents and reopened in February 2021 as the primary student services building, conveniently located in the center of campus.

After previous partial and insensitive renovations, the recent project involved upgrades to meet current building codes and a comprehensive re-purposing of interior spaces. The original second-floor balcony, which had been enclosed, was reopened and restored as a significant element of the original design. On the exterior, the characteristic brise soleil wall on the west façade, which was out of plumb and structurally failing, was carefully dismantled and rebuilt.

The 60-year-old building, now renamed “Canes Central,” was able to keep some of the mid-century modern architecture such as the geometric block wall and floating staircase in the lobby – popular trends in the 1960s. Inside, the contemporary design is completed with natural light, open concept floorplans, adjustable desks, and new seating options, all preserving the clean lines and classic forms of the building’s past. 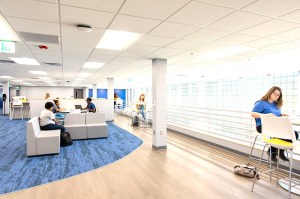 The building is outfitted with state-of-the-art technology, including a virtual queuing system where students can virtually enter lines of service via their mobile devices. Conference rooms and huddle rooms feature wall-mounted flat panel displays, computers, and wireless device connectivity.

Canes Central was designed by Studio 8 Design Architecture of Valdosta, and CGM Construction Group of Colquitt in charge of construction.

“This year’s winners represent a tremendous dedication to restoring and revitalizing Georgia’s historic buildings and communities,” said Mark C. McDonald, president of the Georgia Trust. “We are proud to honor such deserving projects and individuals.”

Excellence in Rehabilitation Awards recognize projects that make compatible use of a building through repair, alterations or additions while preserving features of the property that convey its historic value.

For more than 40 years, the Trust has recognized preservation projects and individuals in the state who have made significant contributions to the field of historic preservation.