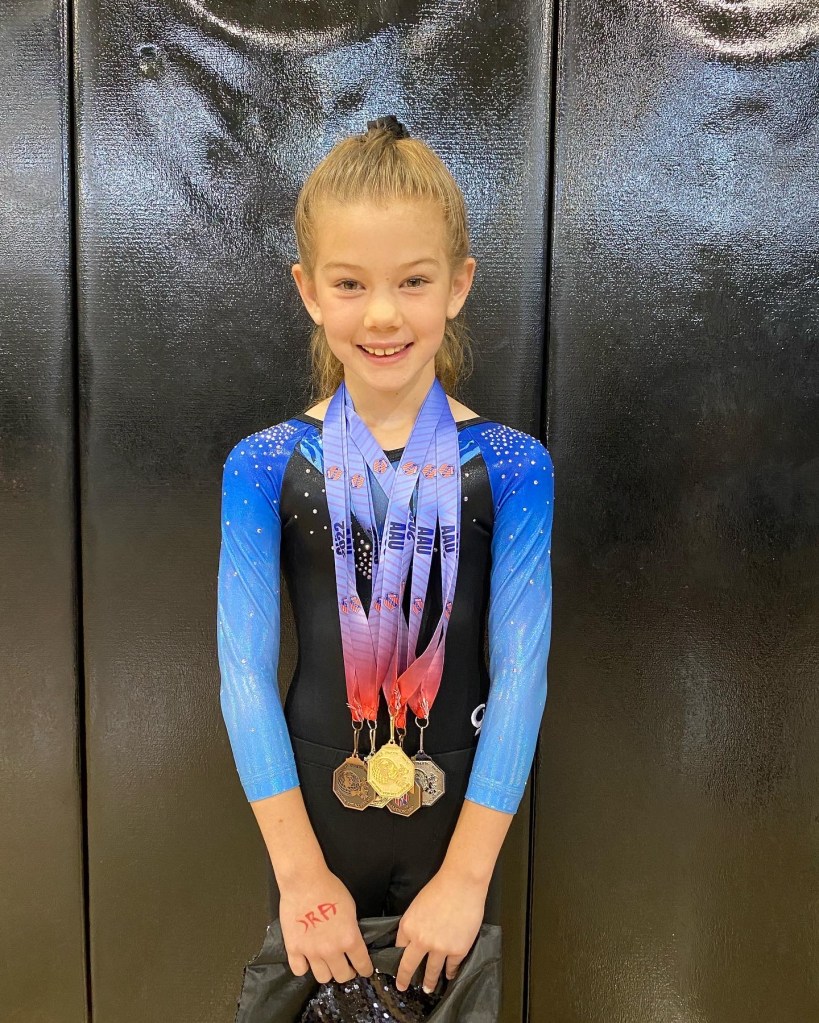 Sumter County Gymnast Mia Hughes won the Bronze State Championship on the Balance Beam with a score of 9.375. Hughes also finished as state runner up on vault with a 9.275 and all around with a score of 36.825. Photo by Melissa Singley

AMERICUS – This past weekend, Sumter Gymnastics wrapped up a fantastic 2022 competitive season. Five gymnasts then traveled to Daytona Beach, Florida on May 21-22 to compete in the AAU Southern Regionals at the Ocean Center. There were gymnasts from 10 states represented at this competition in all levels.

Chloe Walls was the only Bronze athlete from Sumter and she scored a 9.325 on vault to finish in third place.

On the weekend of April 29-30, 11 gymnasts traveled to Carroll County Recreation Center to compete in the State meet. Mia Hughes became our Bronze State Champion on the Balance Beam with a score of 9.375. She also finished as state runner up on vault with a 9.275 and all around with a score of 36.825. Chloe Walls and Aubree Patterson placed fourth on vault in their age groups with scores of 9.2 and 9.275. These three girls also were the fifth place team out of 15 teams.

Our Silver team found Hayley Dean becoming a state runner up by scoring a 9.0 on the balance beam.

Addy Revell placed fifth on vault with an 8.95. Tori Beckett scored a 9.05 on beam for sixth place and Ashley Zwierko also finished sixth with an 8.95 on floor exercise. Kylee Saint placed seventh on beam with an 8.975 and Sandra McCook scored a 9.1 on vault for eighth place. 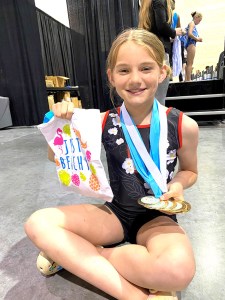 Sumter County Gymnast Neal Smith became regionals runner up with a second place finish on vault with the score of 8.9. She also placed third on floor and bars.
Photo by Melissa Singley

In the Gold level, Kynslee Collins scored a 9.2 on floor exercise for third place and Neal Smith placed seventh on floor with an 8.8. 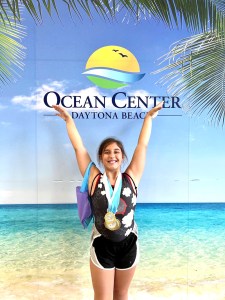 Sumter County Gymnast Tori Beckett placed fourth on both the beam (9.225) and the vault (8.9) at the AAU Southern Regionals in Daytona Beach, FL this past weekend.
Photo by Chris Goodyear

“I am so proud of these athletes and all the competitive gymnasts we have at Sumter Gymnastics,” Sumter Gymnastics Head Coach Melissa Singley said. “They have worked hard all season and I have seen some huge improvements in their routines and scores. We’ve competed in five meets before State and Regionals and have had many of our gymnasts finish in the top three places at all the meets. State and Regionals are huge competitions with gyms that we do not see throughout the season and their girls practice more hours that we do however we are able to definitely hold our own against those teams. Many of these athletes have overcome injuries this season and most if not all of them are on the A or A/B honor roll at their schools.” 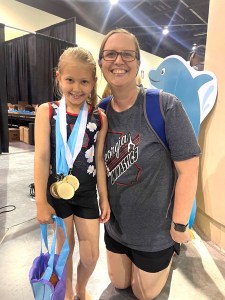 Sumter County Gymnast Chloe Walls poses with Coach Melissa Singley. Walls finished in third place on the vault with a 9.325 score at the AAU Southern Regionals.
Photo by Colby Walls

Singley went on to say that the girls show tremendous dedication throughout the year and that she loves coaching them. “I know I will laugh every day with them in the gym and I enjoy watching them grow over the years,” Singley said. “Our competitive season may be over for this year, but we are all looking forward to summer uptraining, learning new skills, and increasing our strength and flexibility and beginning to prepare for our 2023 season.”