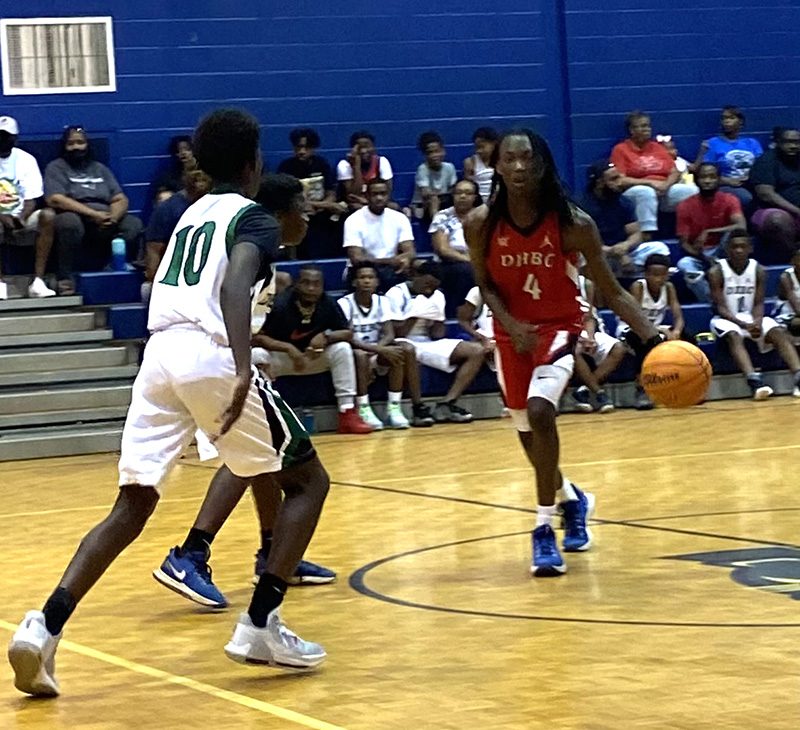 Amari Hubbard (#4) of the 14U Heat is seen here with the ball guarded by Travin Jordan of the Celtics (#10) and a teammate. Hubbaard led the Heat with 14 points in the contest, but Jordan’s basket at the buzzer gave the Celtics a 35-33 victory. Photo by Ken Gustafson

AMERICUS – With 45 seconds left, the 14U Heat had a 33-31 lead over the 14U Celtics, but the Celtics’ Joshua Coleman rebounded a missed free throw and scored to tie the game at 33-33. The Heat decided to run the clock down to 6.2 seconds before Amari Hubbard was fouled in the act of shooting. Hubbard had a chance to give his team the lead and possibly the win with at least one made foul shot, but he missed them both and the Celtics got the rebound and called timeout with 6.2 seconds remaining. Out of time out, Travin Jordan of the Celtics dribbled the ball the length of the floor and let loose a shot at the buzzer that went in, giving the Celtics a 35-33 victory in Dwight Harris Boys Club (DHBC) Basketball League action on Wednesday, June 8, at the Ninth Grade Academy.

Jordan led the Celtics with nine points and Hubbard led the Heat with 14 in the losing cause. 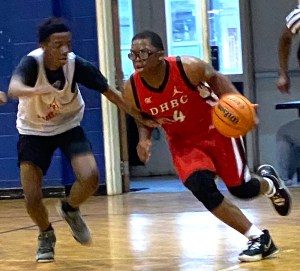 Sumter County standout guard Devon Dowdell (#4) led the 17U Heat with 12 points in their 46-32 loss to Macon County.
Photo by Ken Gustafson

This game was one of four exciting games Wednesday night featuring some of the youth of Americus, Sumter County and Macon County hewning their basketball talents.

In other DHBC action from Wednesday, Chaston Green led the 12U Suns with 20 points in their 36-24 victory over the 12U Heat. Kaden Rogers led the Heat with 10 points and his teammate, Steven Kearse, chipped in eight points in the losing cause. 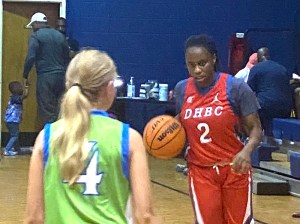 In Girls’ 17U action, Aliyah McGarah led the 17U Wings with 15 points in their 38-35 victory over the 17U Mystics. McGarah’s teammate, Lauryn Lusane, scored 13 points in the winning cause, while former Sumter County star point guard Tiffani Goodman led the Mystics with 18 points.

In 17U Boys’ action, the 17U Heat squad tangled with a squad made up of Macon County High School players. Early in the first half, the Heat jumped out to a 13-7 lead, but MC responded with 13-2 run to take a 20-15 lead at the half. 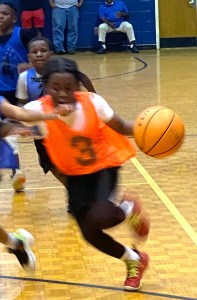 Elijah Fuller (#3) of the 12U Suns pushes the ball up the court against the Heat. Fuller scored seven points in the contest.
Photo by Ken Gustafson