AMERICUS – At its monthly regular meeting on Tuesday, June 21 at the Sumter County Courthouse, the Sumter County Board of Commissioners (BOC) had a lengthy discussion about the county’s Fiscal Year (FY) 2022-23 Budget.

All commissioners and staff were present at the meeting, as it was conducted live at the courthouse and streamed on the Internet via Zoom.

Before that discussion took place, the BOC considered adopting a resolution to authorize the execution, delivery and performance of an intergovernmental contract relating to the Solid Waste Management Authority of the Sumter County Revenue Bond, Series 2022. County Attorney Hayden Hooks told the BOC that this is the county’s resolution and that it is adopting the same documents that the Solid Waste Management Authority has already adopted. Board Chairman Mark Waddell entertained a motion to approve the authorization, execution, delivery and performance of this intergovernmental contract. Commissioner Scott Roberson made a motion for approval and Commissioner Jesse Smith seconded the motion. The BOC voted and the motion to approve this contract passed unanimously.

From there, the meeting moved to the discussion of job descriptions in the Department of Public Works (DOPW). DOPW Director Jim Littlefield asked the BOC to classify the Heavy Equipment operators as levels 1, 2 and 3 instead of the two levels that the department currently has now: 1). Entry Level, 2). Intermediate and 3). Senior Level. County Operations Administrator Rayetta Volley told the BOC that the requested total amount of money for the DOPW for its fiscal year budget is $564,600. Volley further stated that she had sent an email to each of the commissioners on Friday, June 17, that stated that the budget for the DOPW was over budgeted in the previous years and that the DOPW spent less than what was budgeted. She further added that the correct amount, if the BOC wants to approve the DOPW’s requested amount, would be $564,600.00. Commissioner Jim Reid responded by stating his concern that the maintenance of county roads and right-of-ways needs to be a priority for the county. This was a concern that Reid brought up at a special called meeting of the BOC concerning the FY Budget that was held on Tuesday, June 14, shortly before the start of its work session. At the BOC’s regular meeting this past Tuesday, Reid argued that these roads and right-of-ways have been neglected for the last 30 years and that the county is not spending enough money to fix and maintain these roads and right-of-ways. “We’ve actually got dangerous intersections where trees are covering stop signs. They’re covering warning signs and as I’ve told y’all in every meeting I’ve been in, farmers cannot move equipment down some roads because of the way they’re growing in and they’ve been allowed to grow for the last 30 years,” Reid said. “This problem is just like the land fill. It’s not going to go away. Everybody has been kicking the can down the road for 30 years. When I qualified to run for this position, I qualified for the Board of Commissioners’ roads and bridges. That tells me that’s my number one priority.” Commissioner Reid added that he wants to see what can be done as far as getting more heavy equipment and operators to keep the roads maintained. “I understand he (DOPW Director Jim Littlefield) is doing the best he can do with the equipment and the staff he has. I have no complaints,” Reid said. “But I think that if in the future we don’t address it at some point, our roads in the county are going to get impassible.” Reid went on to say that there are roads in the county on which the trees are encroaching the right-of-ways and that, in his opinion; DOPW workers did a shoddy job of mowing and clearing some of these roads. He also added that he has had residents in his district call him and complain that they actually missed some roads. “Our right-of-ways have got to be addressed,” Reid said.

Waddell asked Volley if the $564,600 amount budgeted to the DOPW includes adding positions or for restructuring. Volley replied that it is for restructuring and eliminating two of the road maintenance positions. Waddell pointed out to Littlefield that the number one issue in the DOPW and other county departments is that the amount of money spent is less than what is budgeted and that is due to the fact that the employees aren’t there to fill certain positions.

In addition to his comments concerning the lack of road maintenance throughout Sumter County, Commissioner Reid added that he had studied the FY Budget issue all week before the regular meeting, but then noticed that there is a fresh budget and that all of the numbers had changed. “I didn’t see it before I walked in. Who keeps changing all these numbers,” Reid said. “At what point do we as Commissioners get to have input?” Waddell replied that the BOC has every opportunity for input, but added that the budget changes constantly. “At some point in time, we have to draw a line in the sand and say, ‘OK. No more changes,” Waddell said. “Even I’m not ready to say, ‘OK. I’m fully ready to approve this budget’, because I’m still not done viewing it myself.” Reid replied that he sees a lot of holes in the budget and rhetorically asked at what time does each Commissioner address his concern about the FY (fiscal year) Budget. “From the first time we presented the budget, you asked questions and I noted them in my first draft,” Reid told Waddell. “And those questions you asked and where there were discrepancies, I have yet to hear an answer. I was waiting to hear an answer and I was just following your lead.” Reid went on to say that there are a lot of things in the budget that appear to be illogical, such as asking the Sumter County Fire Department to reduce its diesel fuel budget to what it was a year ago. “Diesel fuel has more than doubled. Now how do you think we’re going to run the fire trucks on less diesel fuel than we did last year,” Reid asked Waddell. “That’s just one example.” Reid added that in his mind, there are so many things in the county’s overall FY Budget that are either budgeted too much or not enough. “I just want to know when we’re going to go through it line by line where we can ask questions.” Reid further stated that he is seeing the overall budget numbers move, but is not getting the justification for those movements. Waddell replied that during the initial meeting the BOC had about the FY Budget, a lot of the numbers have moved to become more realistic. He added that because of the COVID-19 Pandemic, certain things had to be done that did not have to be done in the past.

The final discussion and vote to determine the county’s FY (Fiscal Year) 2022-23 Budget will be made by the BOC at a special called meeting on Monday, June 27 at 6 p.m. at the Sumter County Courthouse.

In a related item, County Operations Administrator Rayetta Volley told the BOC that Sumter County Sheriff Eric Bryant is requesting to add a position of Correctional Officer 1. Volley stated that currently, all of the correctional officers are simply correctional officers without any special levels, but Volley reiterated that Bryant wants to have a position of Correctional Officer 1 with that officer being paid an hourly rate of $13.56. The current hourly rate for a correctional officer is $12.48. Volley also stated that Bryant wants to add a Correctional Officer 2 position with the hourly rate for that position to be at $14.81. Volley added that Bryant would also like to promote all of the corporals in the sheriff’s office to sergeants, thus eliminating the corporal positions. “That rate for the sergeants would go from $13.99 to $15.69,” Volley said. She then added that Bryant would then promote his current sergeants to lieutenants and their hourly rate would go from $15.33 an hour to $17.22. Volley further added that the salaries for captains in the sheriff’s office would have to go from $17.91 an hour to $19.66. “That’s just the requested number. That’s not the recommended number,” Volley said. “Those are the changes that he (Bryant) was requesting.”

Commissioner Reid asked Volley what the financial impact would be in today’s dollars. Volley replied that the total amount requested would be $1,516,440 and the increase from the fiscal year 2022 budget would be $28,867.00 in salaries only.

Commissioner Clay Jones asked Volley if these requested changes in salaries would affect new people coming in or people who are already in those positions. Volley replied that it would affect both because the people coming in would come in as a CO1 (Correctional Officer 1), or a regular correctional officer. Commissioner Reid asked if the responsibilities of these employees would change, or if it was a back door way of trying to get a raise. “I can understand if their responsibilities are increased,” Reid said. Waddell replied that he didn’t believe their responsibilities would change, but agreed with Reid that it could be considered a way to get a raise.

“The fact is that what we’ve been trying to do in so many departments is try to find ways to give our employees a raise for what they’re doing,” Waddell said. “I can tell you at this moment. For $12.48, I’m not watching anybody. It’s a sad thing we’ve done in the sheriff’s department, the fire department, public works. Without using colorful words, very poorly in what we’ve been paying people,” He continued.

Waddell went on to say that the BOC needs to come up with a final FY Budget number that everyone can agree on that night and then go back and look at it again without making too many changes. Noticing that the budget numbers were changing constantly, Commissioner Reid stated that he was amazed that the numbers could change in as little as 26 minutes. “I’ll just be honest with you. I’ve been at this seven years and I’ve never seen this much paper to do a budget and I’m use to doing a budget one and a half times larger than this,” Reid said. “I’m sure not use to numbers changing like this this fast.”

As mentioned earlier, the final discussion, determination and vote concerning the FY 2022-23 Budget will be made by the BOC at a special called meeting on Monday, June 27 at 6 p.m. at the Sumter County Courthouse. 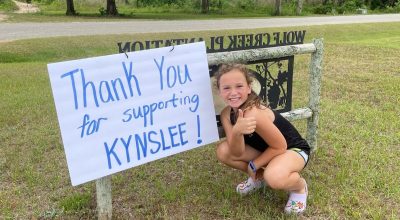 County Board of Commissioners approves agreement between Sumter County…