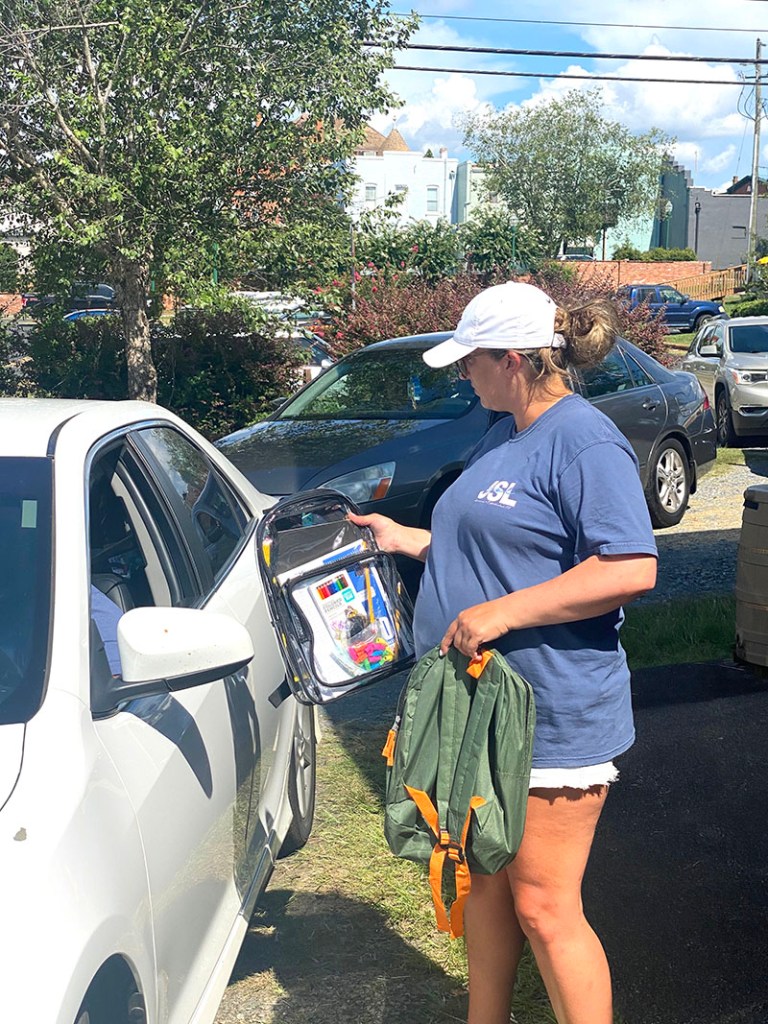 Hannah Pitts of the Junior Service League hands out a book bag and school supplies to a parent at the Back to School Bash held at Lenny’s Market Thursday afternoon, July 28. Photo by Ken Gustafson

AMERICUS – On a hot Thursday afternoon on July 28, numerous vehicles went through a drive-thru at Lenny’s Market on Cotton Avenue in Americus to take advantage of the annual Back to School Bash put on by the Americus Police Department (APD).

Those who showed up from 4 to 6 p.m. got free school supplies, such as book bags, notebooks and other school items. The APD, along with the help of the Junior Service League, Sunbelt Ford and Americus, First United Methodist Church and the Americus Rotary Club, handed out over 200 school items. 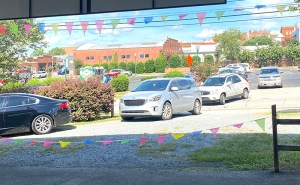 Numerous cars drive up to Lenny’s Market to participate in the drive-thru at the Back to School Bash.
Photo by Ken Gustafson

According to Janet Shelley, Municipal Court Clerk for the City of Americus, this is the fifth year that the APD has put on the event. Shelley stated that a year ago, the event was held on Jackson St., but this year, they wanted it to be a drive-thru event.

According to Gia Sandwich, coordinator of the event, by about 4:45 p.m., the APD had given out 106 items and a 120 school items were given out between volunteers from the Junior Service League (JSL) and Americus First UMC. 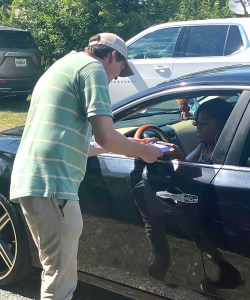 Clint Long of Sunbelt Ford hands out school supplies to a parent in the drive thru at the Back to School Bash.
Photo by Ken Gustafson

“It feels fantastic. We do this every year and we just know that there are so many people that need things,” said Laura McConatha of the Americus Rotary Club. “IT makes us feel good that we are able to provide for that need.”