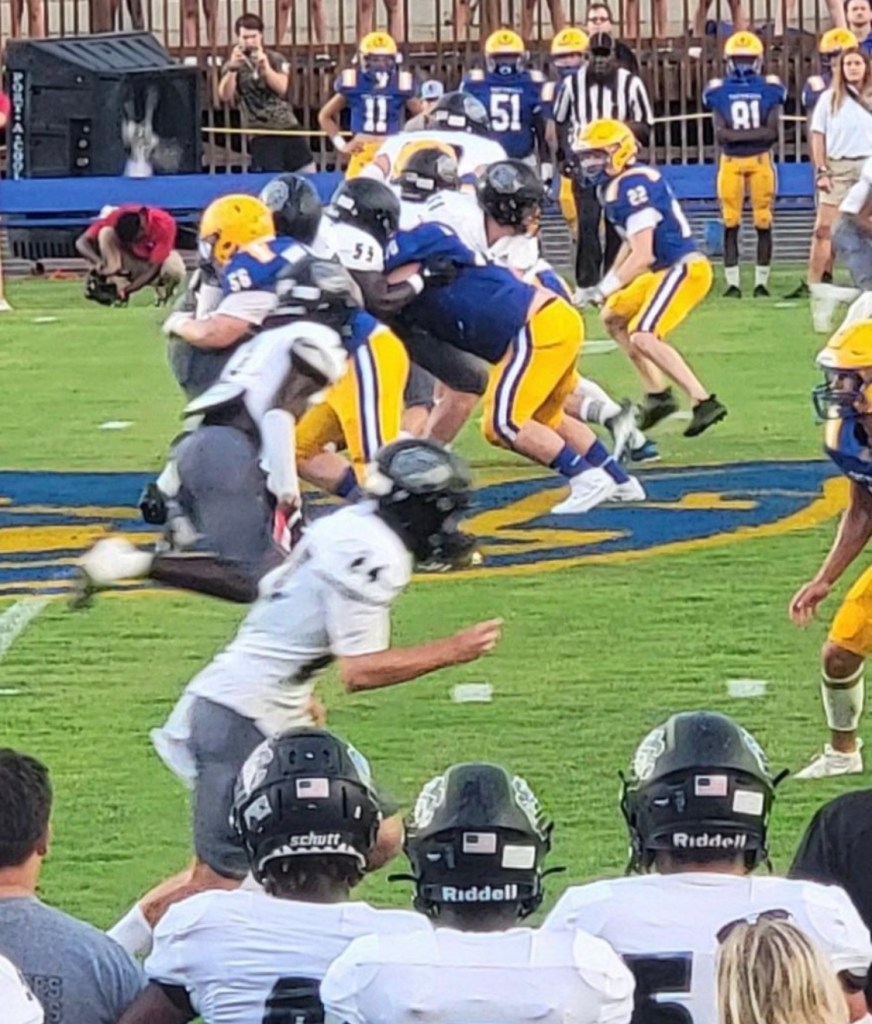 MACON – In another GHSA/GIAA matchup, the Schley County Wildcats (SCHS) opened up their 2022 season with a hard-fought 28 -21 victory over GIAA opponent Tattnall Square (TS) on Friday, August 19 at Tattnall Square Academy.

With 2:08 to go in the game, the score was tied at 21-21 and the Wildcats had the ball at the TS 17-yard line. At this point, SCHS running back Malachi Banks answered the call for the Wildcats by scoring the game-winning touchdown from 17 yards out.

The extra point by Miguel Yanez-Rueda was good and it was the icing on the cake to a well-earned victory for the Wildcats.

This was a game in which SCHS trailed 14-0 early in the game, but the Wildcats were able to rebound from the slow start thanks to the play of quarterback Jay Kanazawa, the running attack of Banks and the improvement of the Wildcat defense as the game progressed.

“I felt like we played hard. Our kids really got after them,” SCHS Head Coach Darren Alford said. “After the first quarter, we settled down and played our kind of football. We need to clean up our procedure penalties and hold on to the football. Defensively, we need to work on stopping the run.”

Kanazawa was 17 of 24 for 266 yards and two touchdown passes and Banks rushed for 116 yards on 13 carries and scored two rushing touchdowns, including the game winner. 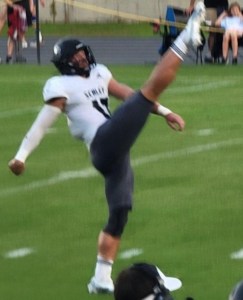 On the defensive side of the ball, the Wildcats forced three turnovers. Clinton Jackson was able to come up with an interception and both Luke Forehand and Kabreon Aldridge recovered a fumble.

Cameron Person scored a rushing touchdown from six yards out. The extra point was good and TS led 7-0 with 9:33 to go in the first quarter.

TS later added to its lead in the second quarter when Person scored his second touchdown of the night from three yards out. The extra point was good and the Trojans led 14-0 with 6:52 to go before halftime.

With 11:34 to go in the third quarter, SCHS took the lead when Kanazawa completed a 58-yard touchdown pass to Sam Forehand. The Wildcats decided to go for two and they were successful as Carson Westbrook caught the two-point try, making the score 21-14 in favor of the Wildcats.

However, the Trojans responded by mounting a drive that resulted in a four-yard rushing touchdown by Person. The extra point was good and with 11:14 to go in the game, the score was tied at 21-21.

However, the Wildcats would have the last say as far as the outcome was concerned. With 2:08 to go in the game, they were able to move the ball down to the TS 17-yard line before Banks broke through and scampered 17 yards for his second touchdown of the evening. The extra point by Yanez-Rueda was good and the Wildcats left Macon with a 28-21 victory.

The Wildcats will have this coming Friday off, but  will try to start the 2022 season at 2-0 when they travel down to Blakely, GA to take on the Bobcats of Early County the following Friday, September 2 at 7:30 p.m. EC won its opening game on Friday by drubbing Miller County 52-14.