Defensive miscues a problem for Lady Wildcats against Bleckley County 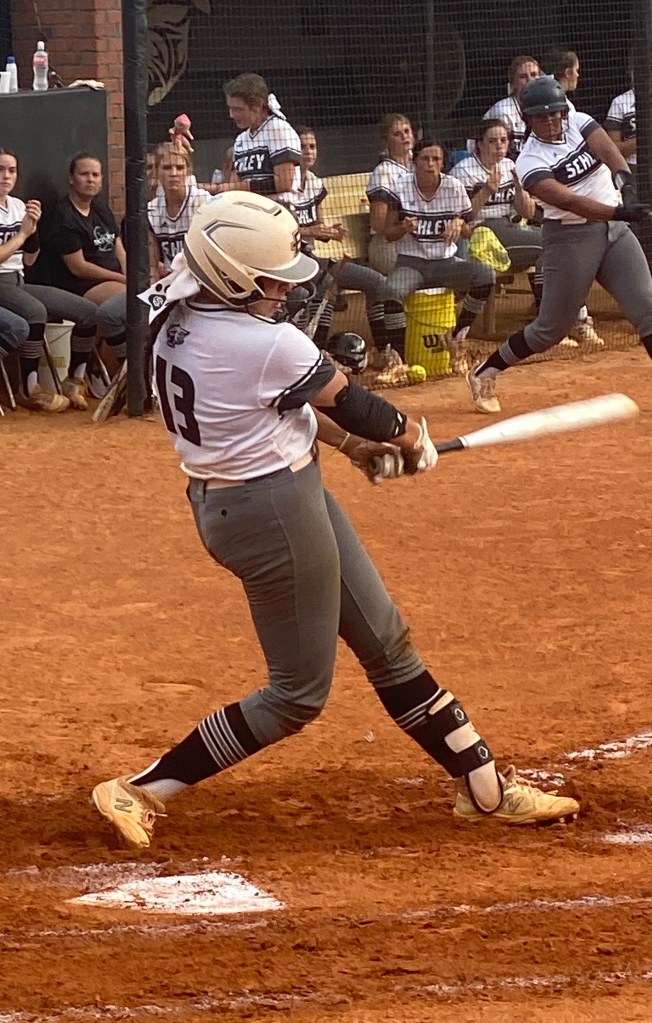 Schley County catcher Zoe Molina went 2 for 4 at the plate with a double and two RBIs in the Lady Wildcats’ loss to Bleckley County. Photo by Ken Gustafson

ELLAVILLE – The Schley County Lady Wildcats Softball Team (SCHS) took a step back on Monday, August 22 as they committed seven errors in an 11-6 loss to Bleckley County (BC) at Wildcat Park.

“You’re not going to beat many teams making seven errors. My girls know that,” SCHS Head Coach Jody Sellars said. “You’ve got to pitch and you’ve got to play defense. I thought we got a decent pitching effort. Hats off to them (BC). They hit the ball well, but we had some opportunities to get outs and minimize the scoring. I thought at the end of the game, we gave ourselves enough offense to have a chance if we had played clean defense, but like I said, with seven errors, it’s hard to beat anybody.” Sellars went on to say that early in the game, the Lady Wildcats had runners on base with less than two outs, but had some lack luster at bats. “You’ve got to come through and capitalize when you have opportunities,” Sellars said. “Like I said, I think we had three different opportunities early. If we just capitalize on one or two of them, you’re looking at an 11-9 game at the end of the game. If we had played defense and do that, who knows? Maybe we’re up towards the end of the game.” 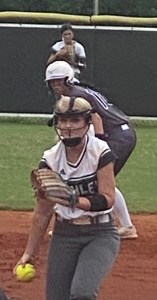 Schley County pitcher Lizzie Barineau gave up nine runs on 13 hits and had one strikeout in the Lady Wildcats’ 11-6 loss to Bleckley County.
Photo by Ken Gustafson

The Wildcats got on the board first in the bottom of the first inning when Zoe Molina drove in Brenna Jacobs on an RBI single, but the Lady Royals scored two runs in the top of the second on three hits and took advantage of an error.

BC added to its lead in the top of the third on a solo home run by Sierra Fransioli, but the Lady Wildcats responded with a run in the bottom of the third on an RBI double by Molina, making the score 3-2 in favor of the Royals.

However, the big blow of the game came in the top of the fourth when BC scored five runs on six hits to take an 8-2 lead. Jordyn Krieg, Addison Hill and Kenna Bowman each had RBI doubles in the inning to lead the Lady Royals’ charge.

BC added another run in the top of the fifth, but the Lady Wildcats would not go away. They scored four runs on three hits and took advantage of a two hit batsmen and two BC errors. At this point, the Lady Wildcats only trailed 9-6. 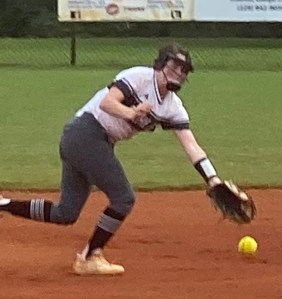 However, that would be as close as SCHS would get. In the top of the sixth inning, the Lady Royals put the finishing touches on their victory when Riley Haley belted a two-run homer over the left field fence to give BC an 11-6 lead, a lead they would not relinquish.

Makena Wurtz went 2 for 3 to lead the SCHS offense and both Molina and Destiny LeCroy went 2 for 4 on the day. Molina drove in two RBIs and LeCroy scored a run.

Lizzie Barineau got the start in the circle for the Lady Wildcats. In five innings of work, Barineau gave up nine runs on 13 hits, but six of those runs were earned and she had one strikeout. Mackenzie Pugh came on in relief of Barineau and gave up two runs on three hits in two innings of work.

Addison Hill went 3 for 4 at the plate with an RBI and two runs scored to lead the Lady Royals and Kaylee Rae Barrs also went 3 for 4 on the day.

Riley Haley went the entire way in the circle for BC. She gave up six runs on 10 hits and posted seven strikeouts. 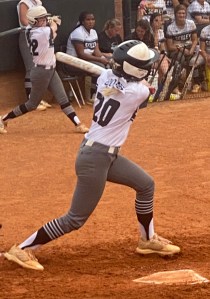 Schley County second baseman Makena Wurtz went 2 for 3 at the plate and scored a run in the Lady Wildcats’ 11-6 loss to Bleckley County.
Photo by Ken Gustafson