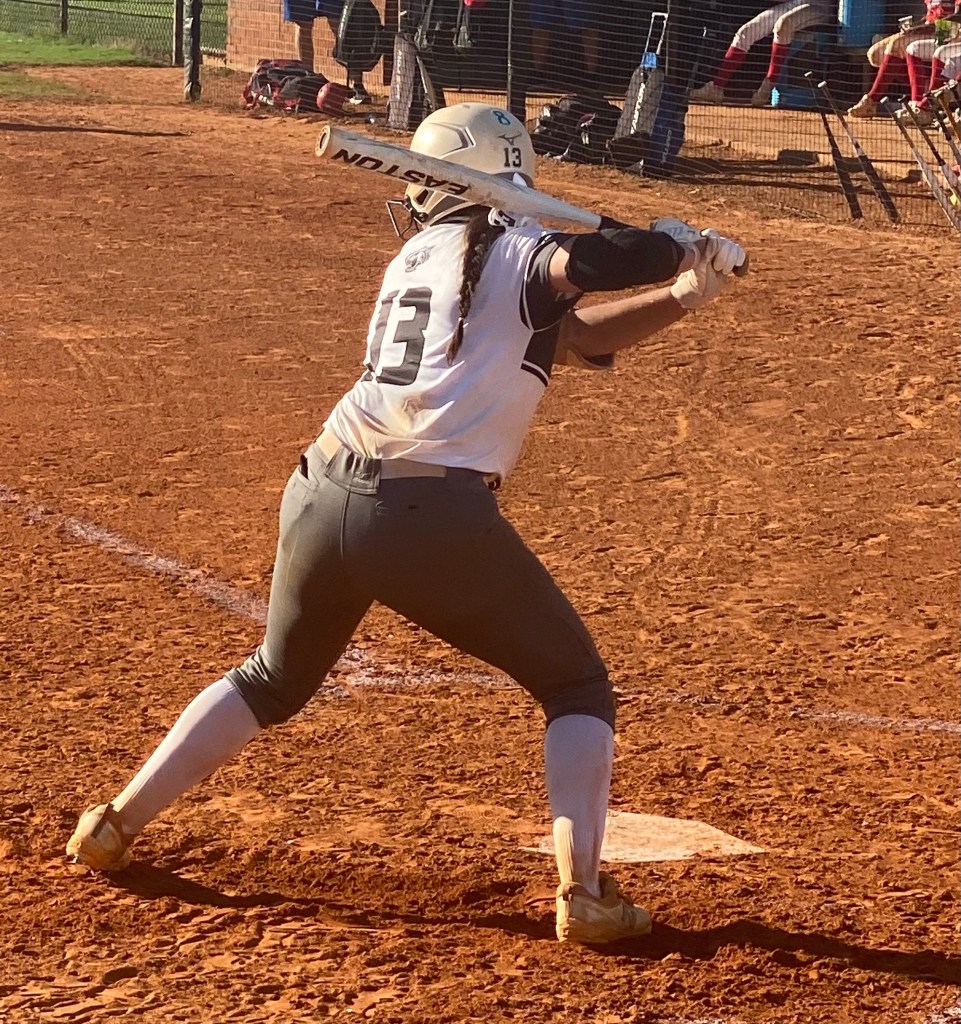 Schley County catcher Zoe Molina belted a two-run homer in the bottom of the fourth inning to help lead the Lady Wildcats to a 12-4 victory over Manchester. ATR Archive

ELLAVILLE – The Schley County Lady Wildcats (SCHS) had a 10-run explosion in the bottom of the fourth inning and it led them to a 12-4 victory over Manchester (MHS) on Tuesday, August 30 at Wildcat Park.

The win increases the Lady Wildcats’ winning streak to three games and it improves their overall record to 7-4.

SCHS trailed the Lady Blue Devils 4-1 going into the bottom of the fourth, but the Lady Wildcats fired up their bats with 10 runs on six hits, including a two-run homer by Zoe Molina. Destiny LeCroy also came through in the fourth with a two-run double and the Lady Wildcats were able to take advantage of three walks, an error, a wild pitch, a hit batsman and a passed ball committed by MHS.

SCHS added another insurance run in the bottom of the fifth inning when Mackenzie Pugh drove in a run on a fielder’s choice. That run ended up run ruling the game and the Lady Wildcats left Wildcat Park with their second straight run-ruled victory.

Nine Wildcats had a hit in this game and four of them drove in RBIs. Two of them, LeCroy and Molina, drove in two runs on the day.

Jaelyn Wynn started the game in the circle for SCHS, but struggled in her two innings of work. She gave up four runs on three hits, walked three batters and struck out two. Makena Wurtz came on in relief of Wynn and ended up being the winning pitcher. Wurtz gave up no runs or hits and struck out four MHS batters.

The Lady Wildcats will play their third straight game of the week on Wednesday, August 31 when they travel over to Preston, GA to take on Webster County. First pitch is scheduled for 4:30 p.m.