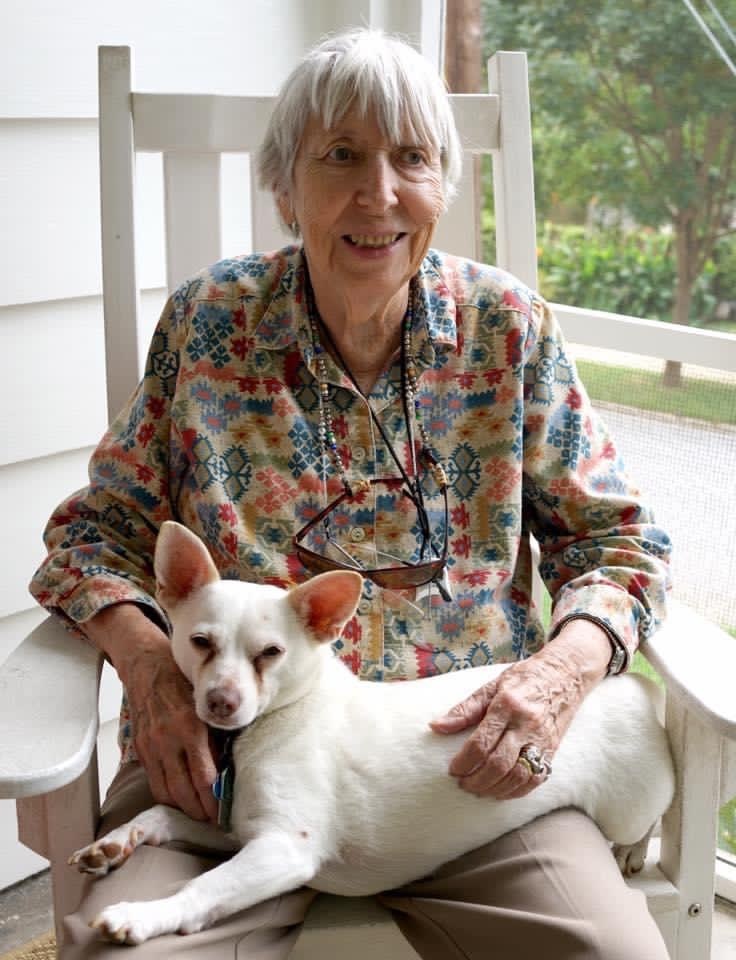 On Saturday, August 27, 2022, Bert Lewis Beisel peacefully passed away in her beloved hometown of Americus, Georgia. She was 93 years old.

Bert, born in Waverly, Alabama, was one of three daughters born to Bob and Bert Lewis. The family subsequently moved to Americus, the place she would spend the majority of her youth and would eventually call home forever. After high school, Bert departed Americus for Anderson College; she graduated two years later with a degree in teaching.

Given Bert’s lifelong reputation as an avid and shrewdly talented card player, it is fitting that she met the love of her life, George E. Beisel, Jr., one evening during a competitive game of poker in a Cartersville, Georgia, boardinghouse. After marrying in June 1952, Bert and George moved to Columbia, South Carolina, where they had their first child, Hank. Over the next few years, the Beisel family moved several times in furtherance of George’s impressive career as an electrical and mechanical engineer. After George completed a term on the Savannah River Site project, the family moved to Marietta, Georgia, where George began work at Lockheed Corporation. In Marietta, the family grew to five, with the birth of daughter Savany, followed by a second son, Tommy. Together, the family enjoyed traveling the country; road trips included attending launches for the Apollo lunar missions, rock-hunting trips, sailing, racing in automobile rallies, as well as many other unforgettable experiences.

Upon George’s tragic and untimely death in 1975, Bert returned to Americus with Tommy. To support herself and her young son, Bert embarked upon various careers, first opening the artist collaborative and antique store New Point Station, followed by decades working for the Sumter County Clerk’s Office and the Sumter County Sheriff’s Department as a bailiff; she was proud to work for Sumter County until she retired at 82.

There is so much that Bert’s family and friends will remember her for: her skilled hand at cards, and her delight at sharing her favorite games with others (particularly bridge and duplicate bridge); her big, high-wattage smile and joyful laugh (as well as her surprisingly dry wit and—every so often—her naughty sense of humor!); and her deep love of beauty, as demonstrated by her penchant for fashion and collecting antiques. We will also remember her for forging strong family ties to strengthen the family she held dear. She connected and embraced new family members, ensuring lifelong connections. In her later years, Bert cherished summers spent with her family at Lake Martin (so long as her granddaughters remembered not to slam the door or leave wet bathing suits in undesignated areas!). And like her beloved dog, Rudy, Bert was loyal, protective, supportive, and as sweet as suga’ until the very end. We will miss and love her always.

Bert was preceded in death by her husband, George; her eldest son, Hank (Jackie); her parents, Bob and Bert; and her sisters, Kayte Wells and Dot Weber. Bert is survived by her daughter, Savany (Paul Demmink), and her son, Tommy (Lola Carlisle). She is also survived by granddaughters Sara Beisel Blackstock (John Blackstock), Liles Demmink, Anneke Demmink, and Carli Beisel; great-grandsons Matthew and Geoffrey Blackstock; and five caring nieces and nephews.

Hancock Funeral Home, 427 S. Lee St., is honored to be entrusted with these arrangements for Bert Lewis Beisel.