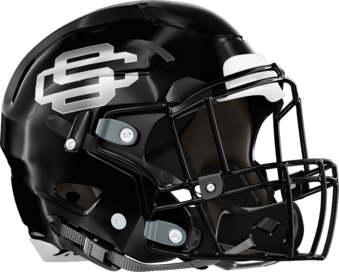 The Schley County High School Football Team lost a hard-fought battle to Early County by the score of 19-17.

BLAKELY, GA – With less than six minutes to go in the game, the Schley County Wildcats (SC) had a 17-12 lead over Early County (EC) and the SC defense was able to come up with a goal line stand, denying the Bobcats the end zone on four downs. However, on the Wildcats’ ensuing possession, they fumbled the ball at the four-yard line and the Bobcats recovered the ball. EC running back Charles Williams scored the go-ahead touchdown .The two-point conversion failed, but that touchdown was enough to give EC a 19-17 victory over the Wildcats on Friday, September 2 at Early County High School in Blakely, GA.

After a scoreless first quarter, the Wildcats broke the deadlock first
when quarterback Jay Kanazawa threw a 14-yard touchdown pass to
Kendall Sims with 3:50 to play before halftime. The extra point by
Miguel Yangzhou-Rueda was good and the Wildcats had a 7-0 lead.
The Bobcats had a response, however, as Williams scored the first of
his two touchdowns on 53-yard run from scrimmage. The extra point by
Mason Warfield was good and the score was tied at 7-7 with 11:43 to
play in the third quarter.

The Wildcats were able to regain the lead with 8:09 left in the third
when Yanez-Rueda nailed a 30-yard field goal, but the Bobcats counter
punched with 11:15 to go in the game when Jeremiah Hutchins scored a
15-yard rushing touchdown. Warfield’s extra point attempt failed, but
EC had the lead.

However, it didn’t take long for the Wildcats to respond. It took not
much more than a minute for SC to orchestrate a drive that ended with
a nine-yard touchdown pass from Kanazawa to Luke Forehand. The PAT by
Yanez-Rueda was good and the Wildcats led 17-13 with 10:16 to go in
the contest.

Being that this was an “old fashion cat fight”, the Bobcats were
poised to strike back and they were able to mount a drive that went
all the way down near the SC goal line, but the Wildcats were able to
pull off a courageous goal line stand, denying the Bobcats the end
zone on all four downs. With a little less than six minutes to play,
all SC had to do was move the ball and run the clock.

However, SC fumbled the ball at its own four-yard line and the Bobcats
were able to recover to give themselves a second chance to take the
lead. They were able to do just that as Williams scored his second
rushing touchdown of the night from nine yards out with 5:36 to play.
Unfortunately for the Wildcats, they were not able to make the
come-from-behind score and they went on to lose to the Bobcats 19-17.
Kanazawa was 19 for 33 passing for 190 yards, two touchdowns and one
interception, while running back Malachi Banks led the Wildcats in the
ground game with 20 yards on nine carries.

SC wide receiver JaLewis Solomon led the Wildcats’ receiving corps
with eight catches for 95 yards and both Luke Forehand and Kendall
Sims each had a touchdown reception.

On the defensive side of the ball, both Kabreon Aldridge and Carson
Westbrook led the Wildcats in tackles with 10 and Luke forehand had
nine tackles on the night, including 1.5 tackles for loss.

The Wildcats (1-1) will try to rebound from the setback against EC
when they host Bleckley County on Friday, September 9 at 7:30 p.m.