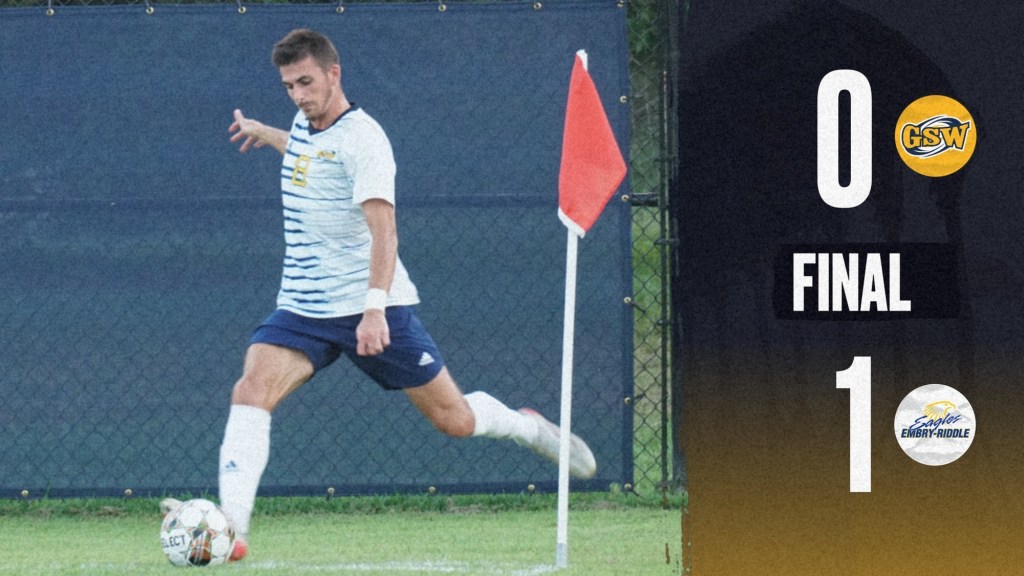 DAYTONA BEACH, FL – The Georgia Southwestern State University Men’s Soccer Team (GSW) had several chances to score goals against Embry-Riddle University, as GSW earned 10 corner kicks during the match to none for ERU. However, the Hurricanes were not able to advantage of their chances, while the Eagles got a goal from Eden Bokobza in the 23rd minute. That goal ended up being enough for the Eagles to defeat GSW 1-0 on Saturday, September 3 at Embry-Riddle University.

The Hurricanes (3-1) will compete in their first Peach Belt Conference match of the season when they head up the road to St. Augustine, FL to take on Flagler College on Wednesday, September 7 at 7 p.m.