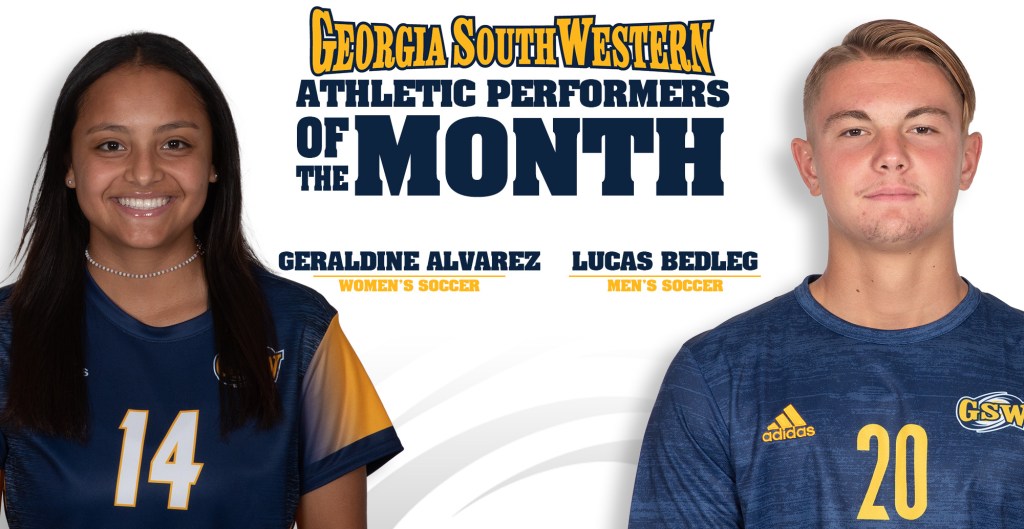 GSW soccer players Geraldine Alvarez and Lucas Bedleg were recently named the top performers in August for their accomplishments on the pitch. Photo by GSW Athletics

Alvarez, a senior from Bogota, Columbia, helped lead GSW to a perfect 3-0 start this fall. She was on the pitch for 216 of a possible 270 minutes and had two assists, including one in each of the Lady Hurricanes last two matches. GSW has outscored its opponents, 12-2, for the largest goal differential through three matches in program history.

Bedleg, a freshman from Andelarrot, France, has five goals through three matches as the GSW men are undefeated, as well, at 3-0. He wrapped up the month with a hat trick against Middle Georgia State on Wednesday. It was only the second time a Hurricane has scored three goals in a match. Bedleg led the Peach Belt Conference in August in goals and points. He has a 0.636 shots on goal percentage.

GSW coaches nominate athletes and vote for the recipients of the top performers award on the first Friday of each month.