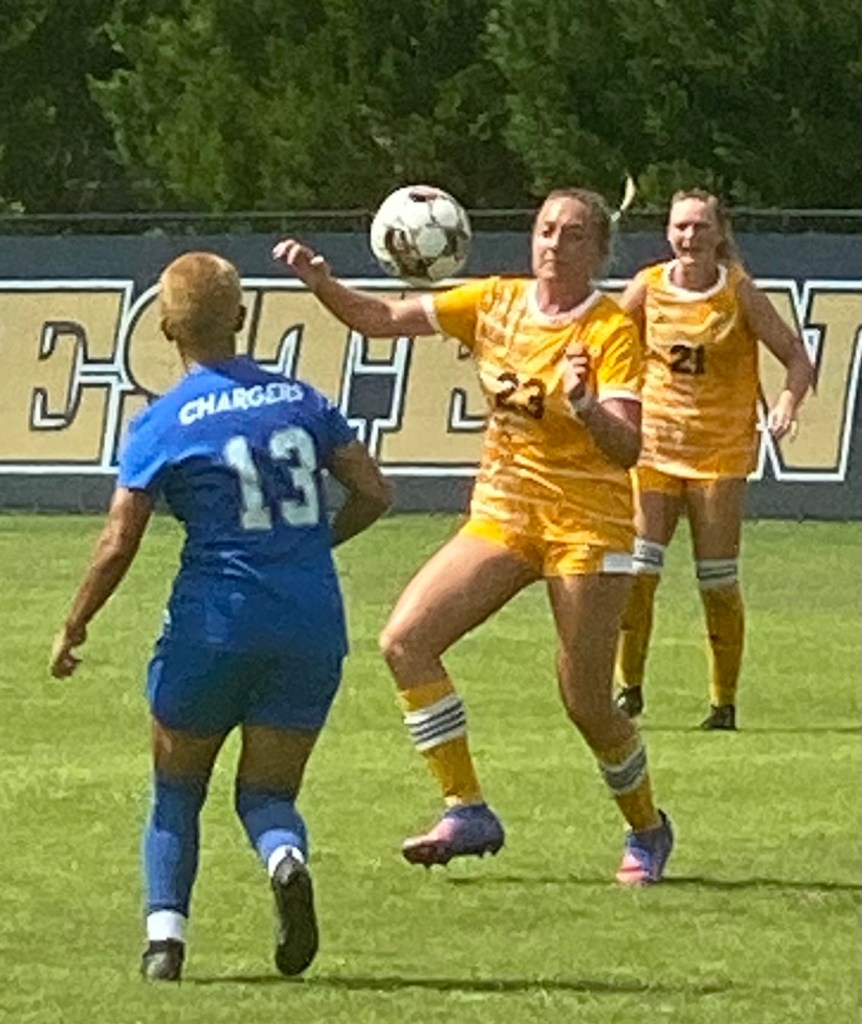 DAHLONEGA, GA – The Georgia Southwestern State University Women’s Soccer Team (GSW) traveled up to Dahlonega, GA in hopes beginning Peach Belt Conference play with a win over the Lady Nighthawks of the University of North Georgia. However, UNG scored two goals in the first half and one in the second on their way to a 3-0 clean sheet (shut out) victory over the Lady Hurricanes on Saturday, September 10.

This was a game in which the Lady Nighthawks controlled most of the run of play and they had a total of nine shots on goal, while the Lady Hurricanes were able to muster only one the entire match.

In the 17th minute, GSW Goalkeeper Grace O’shaughnessy kept the Lady Hurricanes in the game and the score at 0-0 when she saved a shot from UNG’s Cat Watry, but one minute later, O’Shaughnessy wasn’t as fortunate, as Abbie Crane gave the Lady Nighthawks a 1-0 lead with a goal off an assist from Megan Dumond.

In the 23rd minute, Eva Gradl tried to give GSW the equalizer when she took a shot on goal, but UNG Goalkeeper Sierra Fowler was there to make the save.

O’Shaughnessy was able to come up with six saves for the Lady Hurricanes, while Fowler had just one save for the Lady Nighthawks.

The Lady Hurricanes (3-2-1, 0-1 PBC) will try to rebound from this setback when they host Albany State in another PBC contest on Wednesday, September 14 at 7 p.m.