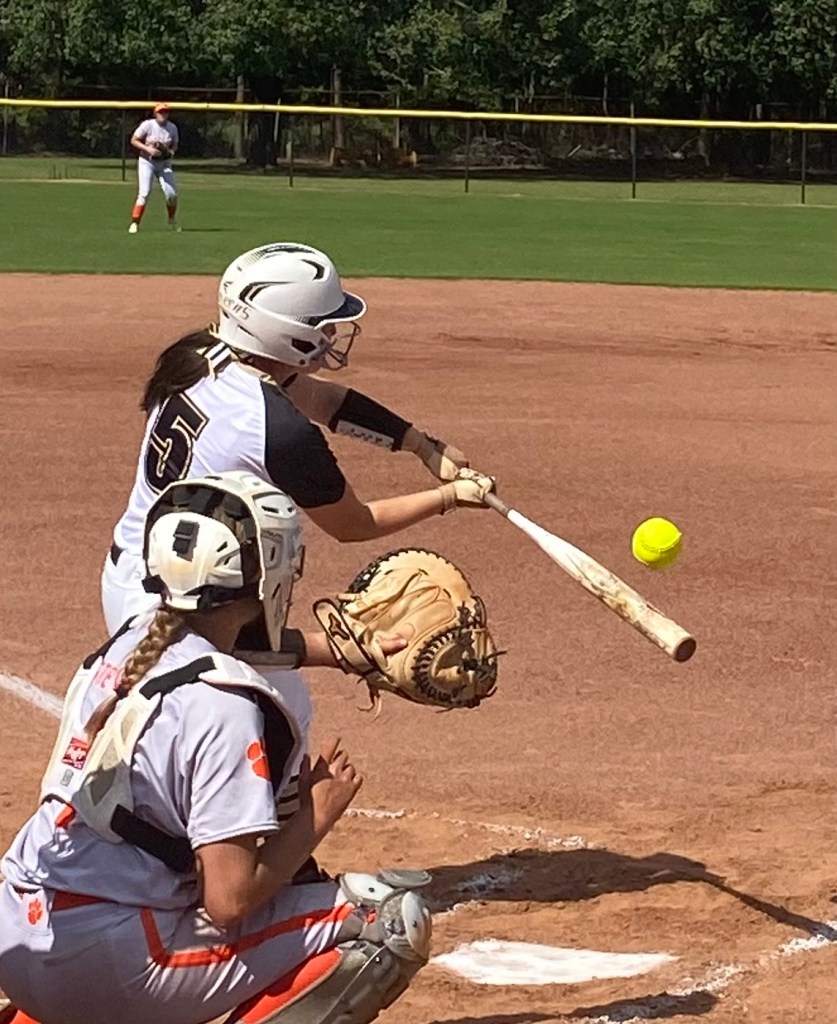 With the loss, the Lady Raiders are now 1-6 on the season, while the Lady Valiants improve to 6-2.

Going into the bottom of the fourth inning, SAR only trailed the Lady Valiants 3-0, but RBI doubles from Madison Waters, Ranada Vinson and Ella Blease, coupled with two hit batsmen, an error and an RBI single from Aahna Mattis, were all part of the eight-run explosion. In the top of the fifth inning, the Lady Raiders got off to a good start when Adler Rae Owens drew a leadoff walk, but Valwood starting pitcher Ranada Vinson retired the next three batters she faced to end the game due to GIAA run differential rules.

Another factor that contributed to the Lady Raiders’ 11-0 loss was defensive miscues, as SAR committed four errors on the day.

The Lady Raiders also struggled offensively against Vinson, who went the entire way as the pitcher for the Lady Valiants. Vinson only gave up two hits on the day and those two hits came off the bats of Ila Johnson and Alyssa Godwin.

Johnson started in the circle for the Lady Raiders. In three innings of work, she gave up three runs on five hits, walked two and struck out one. Maddie Godwin came on in relief of Johnson, but struggled in her outing, giving up four runs on eight hits with one walk. Riley McRee came on in relief of Godwin and pitched one scoreless inning.

In total, the Lady Valiants scored 11 runs on 10 hits and played errorless softball, while the Lady Raiders were held scoreless with just two hits and committed four errors.

SAR will try to end its four-game losing streak when the Lady Raiders host Southwest Georgia Academy (8-2-1) on Tuesday, September 13 at 5:30 p.m.