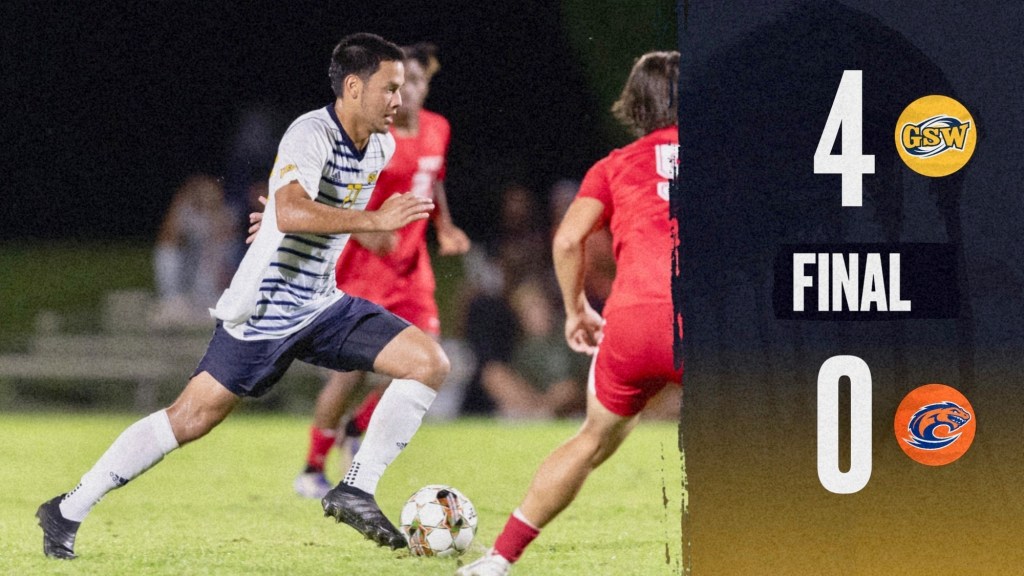 GSW Redshirt Freshman Forward Alexander Lozano scored a goal and had one assist in the Hurricanes’ 4-0 victory at Clayton State. Photo by GSW Athletics

The win pushes the Hurricanes’ record to 5-2 overall and 2-1 in PBC play.

GSW opened the scoring in the 20th minute when Matteo Landais scored off Lozano’s assist. Then in the 31st minute, Lucas Bedleg added to the Hurricanes’ lead when he received a pass from Landais and scored to give GSW a 2-0 lead at the half.

Neither team could change the scoreboard until the 69th minute when GSW sophomore center midfielder Damean Dominiguez scored an unassisted goal.

In the 85th minute, the Hurricanes put the finishing touches on their victory when Lozano scored off an assist from Landais.

GSW is currently on a two-game winning streak and will try to extend it to three when they host PBC opponent North Georgia at Hurricane Field on Saturday, September 17 at 7 p.m.