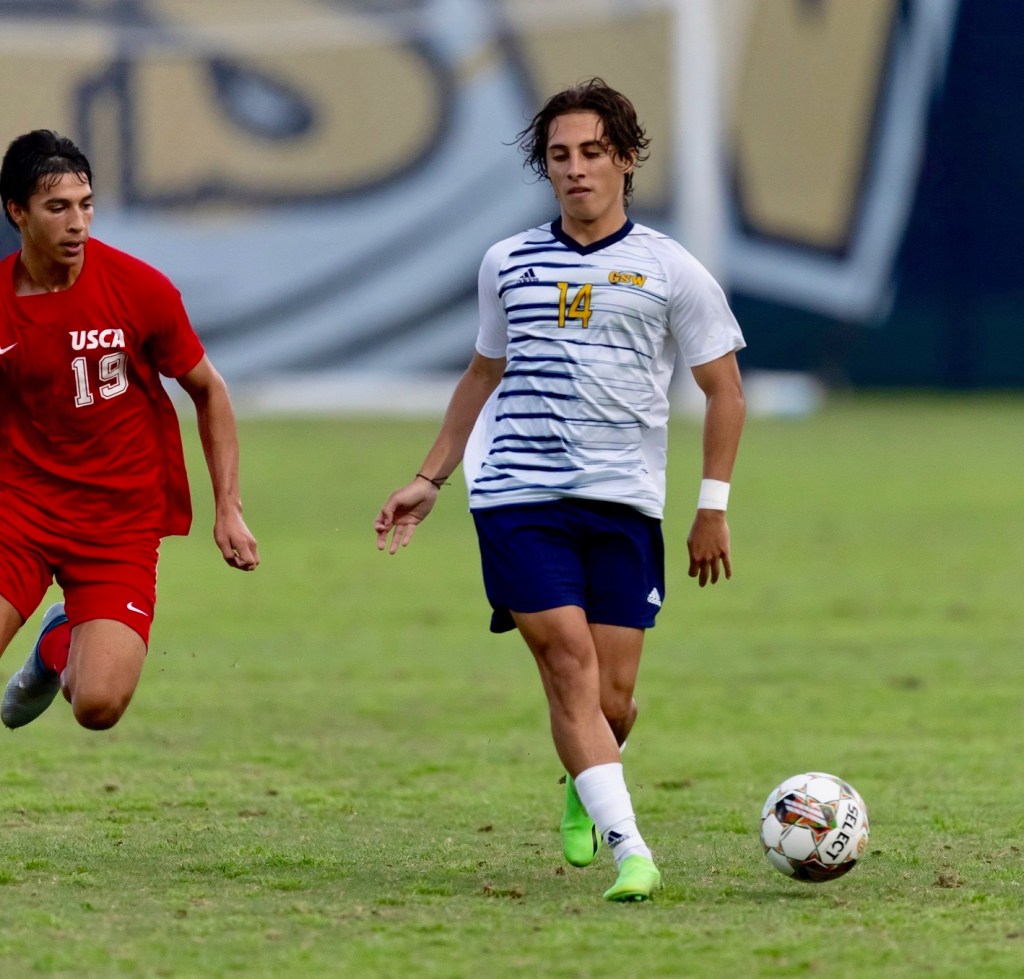 GSW Redshirt Sophomore Center Midfielder Anthony Duarte (#14) was one of only two Hurricanes to register a shot on goal in GSW’s 4-0 loss at Young Harris College. Photo by GSW Athletics

YOUNG HARRIS, GA – The Georgia Southwestern State University Men’s Soccer Team (GSW) made the trip up to the North Georgia Mountains on Wednesday, September 21 with hopes of scoring a Peach Belt Conference victory against a strong side from Young Harris College (YHC). Unfortunately for GSW, that was not to be as the Mountain Lions dominated the Hurricanes on the pitch and on the scoreboard via a 4-0 thrashing.

The Mountain Lions dominated the run of play in this match and posted a total of 14 shots on goal, while the Hurricanes could muster only two.

GSW Goalkeeper Mauricio Uribe was kept quite busy throughout the match, as he came up with four saves on the day, while his YHC counterpart, Henrik Timgren, did not have to make a save at all.

The Mountain Lions opened the scoring in the 15th minute when Edorado Righeti scored on a header off a serve from Sergio Llopart. About seven minutes later, Llopart scored YHC’s second goal when he received a pass from Saad Maziane and shot the ball past Uribe and into the left corner of the net.

Then in the 37th minute, YHC took a 3-0 lead when Alexi Morel received a pass from Mathe Kristensen and scored. Then in the 62nd minute, the Mountain Lions added the finishing touch to their victory when Uribe failed to clear the ball out and sent it right to Ben Mackay, who promptly registered an unassisted goal.

The Hurricanes will try to rebound from this setback when they host PBC opponent Lander University on Homecoming Day this Saturday evening, September 24. Kickoff is scheduled for 7:30 p.m.