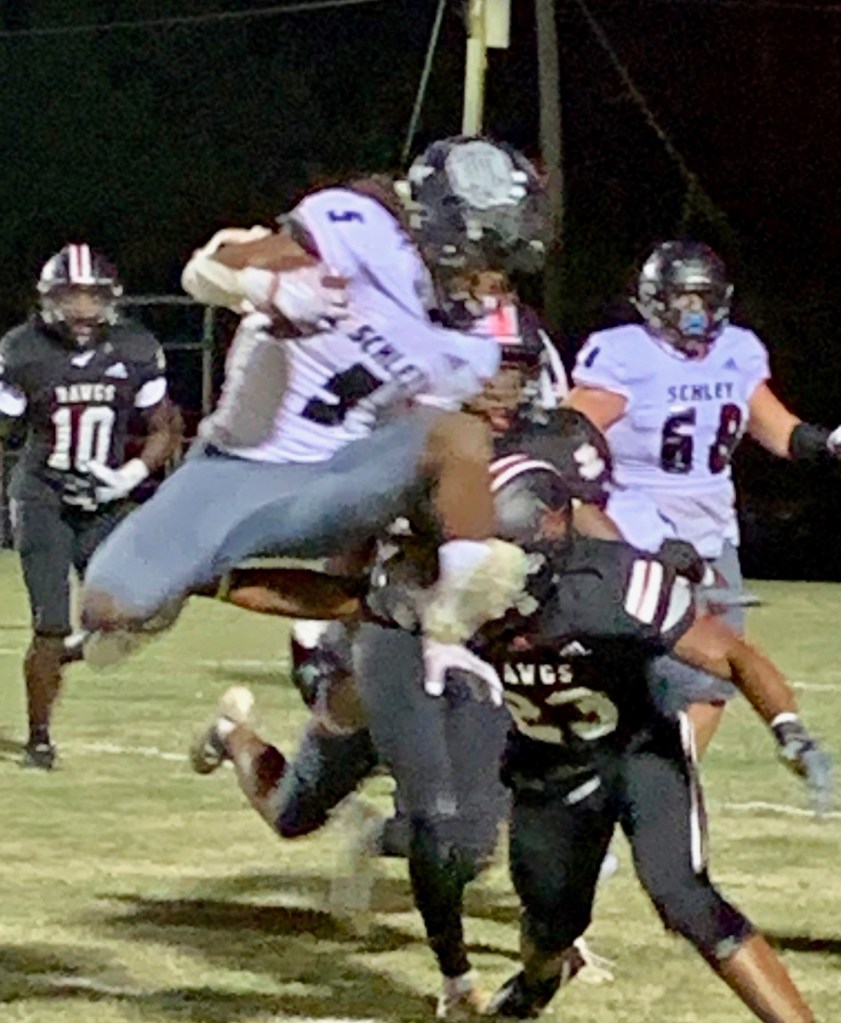 Schley County senior running back Malachi Banks hurdles a Macon County defender as he fights his way towards the end zone. Photo by Ken Gustafson

MONTEZUMA, GA – It has been said that defense wins championships, particularly in the sport of football. While offense is still necessary for winning, this mantra about defense was proven to have merit on Friday evening, September 23. On that night, the Schley County defense came up with three turnovers, including a pick six, and shut down the Macon County offense virtually all night in the Wildcats’ 28-7 victory over the Bulldogs at Adams-Maffett Field on the Macon County High School campus.

“I felt real good about our effort. The guys really played hard the entire game,” SCHS Head Coach Darren Alford said. “We held them to less than 140 yards on the defensive side of the ball. Coach (Tim) Peavy and his staff did an outstanding job this week. I was also proud of the way we ran the ball tonight. Malachi Banks ran extremely hard and the entire offensive line played outstanding. I am really proud for our community and school. Our team is growing better each week.” 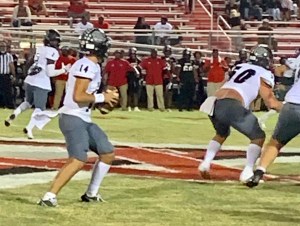 Schley County junior quarterback Jay Kanazawa is back to pass against Macon County. Kanazawa completed 12 of 16 passes for 135 yards, one touchdown and one interception in the Wildcats’ 28-7 win over the Bulldogs.
Photo by Ken Gustafson

Banks, a senior, did indeed run the ball well. He rushed for 159 yards on 28 carries and scored one touchdown. In the passing game, junior quarterback Jay Kanazawa completed 12 of 16 passes for 135 yards, one touchdown and one interception.

On the defensive side of the ball, senior cornerback Clinton Jackson was outstanding. Jackson recorded a total of six tackles and came up with an interception. The Wildcats were also able to get to the quarterback in this contest, as junior defensive tackle Trenton Stubbs and junior middle linebacker Jack Clark each recorded a sack.

It was a defensive struggle between both teams in the first half and both teams were able to force turnovers, but early in the second quarter, the Wildcats scored the only touchdown of the half when junior fullback Sam Forehand scored from two yards out. The extra point by junior kicker Miguel Yanez-Rueda was good and SCHS had a 7-0 lead. 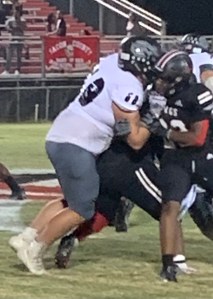 During the first half, the Wildcats were able to move the ball by using a ball-controlled offense and utilizing the running attack of Banks. SCHS also got help from junior wide receiver JaLewis Solomon, who made some key catches to keep drives alive. On the defensive side of the ball, the Wildcats made several plays in the first half to keep the Bulldogs off the scoreboard. Among those plays made was an interception by Jackson and a sack by senior outside linebacker Luke Forehand. Jackson also made some big plays on special teams in the game to help lead SCHS to victory.

However, the MC defense also forced the Wildcats into committing two turnovers in the first half. As SCHS was driving towards a possible touchdown, Kanazawa threw an interception and the Bulldogs recovered a fumble by Sam Forehand in the first quarter after he had caught a pass.

Nevertheless, the SCHS defense continued to limit the Bulldogs’ offense in the first half and the Wildcats went into the locker room at halftime with a 7-0 lead. 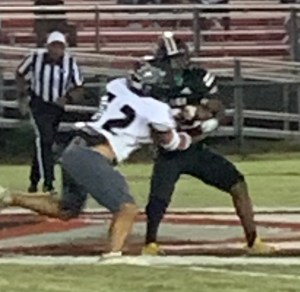 The Wildcats were supposed to receive the ball to start the second half, but the Bulldogs successfully executed an on-side kick and recovered the ball at the SCHS 35. However, on the first play from scrimmage, Trenton Stubbs, Reggie Hinton and Kabreon Aldridge were all in on a sack of MC quarterback Brian Harris Jr. The Bulldogs were not able to mount a drive on this possession and were forced to punt.

On the next SCHS possession, the Wildcats were able to move the ball into MC territory, but on third and 13 from the MC 30, Kanazawa was sacked by Ray Mobley for a big loss and SCHS was forced to punt the ball away.

On the next MC possession, the Bulldogs were able to move the ball into SCHS territory before holding was called against MC. As a result, the ball was moved back to the SCHS 45 where it was second down and 12. MC managed to gain five yards on its next play, but on third and seven from the Wildcats’ 44, Harris threw an incomplete pass, but was called for throwing the ball while past the line of scrimmage. The Bulldogs tried to go for it on fourth down, but the Wildcat defense came up with a stop and the SCHS offense had the ball at its own 42-yard line. 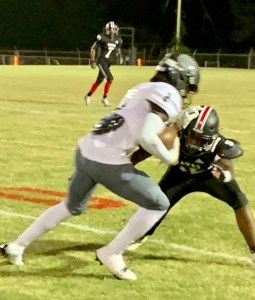 A couple of plays later, Kanazawa found Sam Forehand for a big gain into MC territory. Then on the last play of the third quarter, Banks broke through the MC defensive line and rumbled his way down near the Bulldogs’ 20-yard line.

The Wildcats eventually moved the ball down to the MC three-yard line and on second and goal from the three, Banks capped off the drive with a three-yard rushing touchdown. The extra point by Yanez-Rueda was good and the Wildcats led 14-0 with 10:20 to go in the game.

However, the SCHS defense was not done making game-changing plays. On the Bulldogs’ next possession from their own 35-yard line, Harris’s pass was intercepted by Sam Forehand, who took the ball 38 yards to the house for another SCHS touchdown. Yanez-Rueda’s extra point was good and SCHS led 21-0 with 9:31 to go in the game. 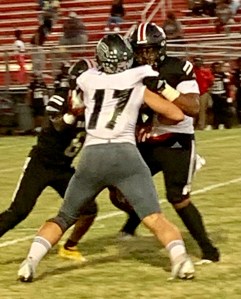 On MC’s next possession, the Wildcat defense continued to exert and force its will on the game. They were able to get the ball back for the offense when the SCHS defense came up with a sack of Harris on fourth down..

The SCHS offense was able to capitalize on the effort of the defense. On third and 10 from the MC 24, Kanazawa found junior wide receiver Carson Westbrook in the back of the end zone for another Wildcats touchdown. The extra point by Yanez-Rueda was good and SCHS led 28-0 with about four minutes left.

With the game in hand and a four-touchdown lead, the SCHS defense continued to fly around the football and came up with some hard hits on the MC wide receivers.

The Bulldogs were able to move the ball deep into SCHS territory in the final minute of the game and scored when Harris found Tyler Fielder in the end zone for a short touchdown pass. However, the outcome had been decided well before then and the Wildcats left Montezuma with a 28-7 victory.

With the win, SCHS improves to 3-2 overall and 2-0 in region play. The Wildcats will try to extend their winning streak to three games when they host Chattahoochee County (2-3, 0-1 in region) on Friday, September 30 at 7:30 p.m.