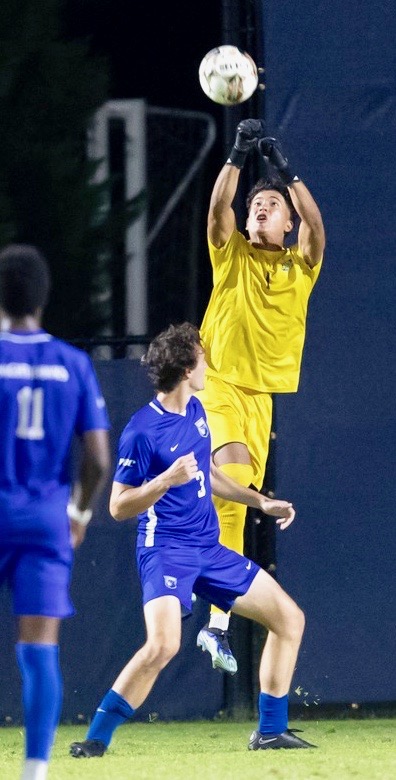 AMERICUS – Both the Georgia Southwestern State University men’s and women’s soccer teams competed extremely hard and turned in strong showings, as both the Hurricanes and Lady Hurricanes played to 0-0 draws against the Lander University Bearcats (LU) and Lady Bearcats in front of a large crowd gathered at Hurricane Field for Homecoming on Saturday, September 24.

For the Lady Hurricanes, it was their first positive result against LU in 16 matches. The Lady Bearcats put a lot of pressure on GSW throughout the match. LU managed to get off 15 shots with seven of them being on target. However, none of those shots could find the back of the net, as GSW sophomore goalkeeper Grace O’Shaughnessy registered seven saves on the day. In contrast, the Lady Hurricanes could only muster two shots on goal: one from freshman midfielder Teresa Rodriguez and the other from freshman midfielder Lucia Bustamante.

In men’s action, the Hurricanes and Bearcats also played to a scoreless draw. Over the course of the match, LU 4-3 outshot GSW in shots on goal, but GSW junior goalkeeper Mauricio Uribe came up with four saves on the day. 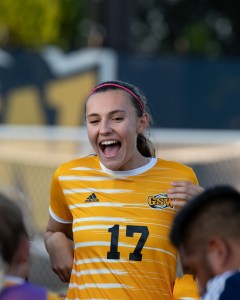 GSW freshman midfielder Teresa Rodriguez was one of two Lady Hurricanes to record a shot on goal in GSW’s 0-0 draw with Lander on Homecoming Day.
Photo by GSW Athletics

The Lady Hurricanes will be in action at home on Wednesday evening, September 28 when they take on PBC opponent Young Harris College at Hurricane Field at 7 p.m. The Hurricanes’ next match will be on the road in Aiken, SC against PBC opponent USC Aiken on Saturday, October 1. Kickoff for that match is scheduled for 7 p.m.