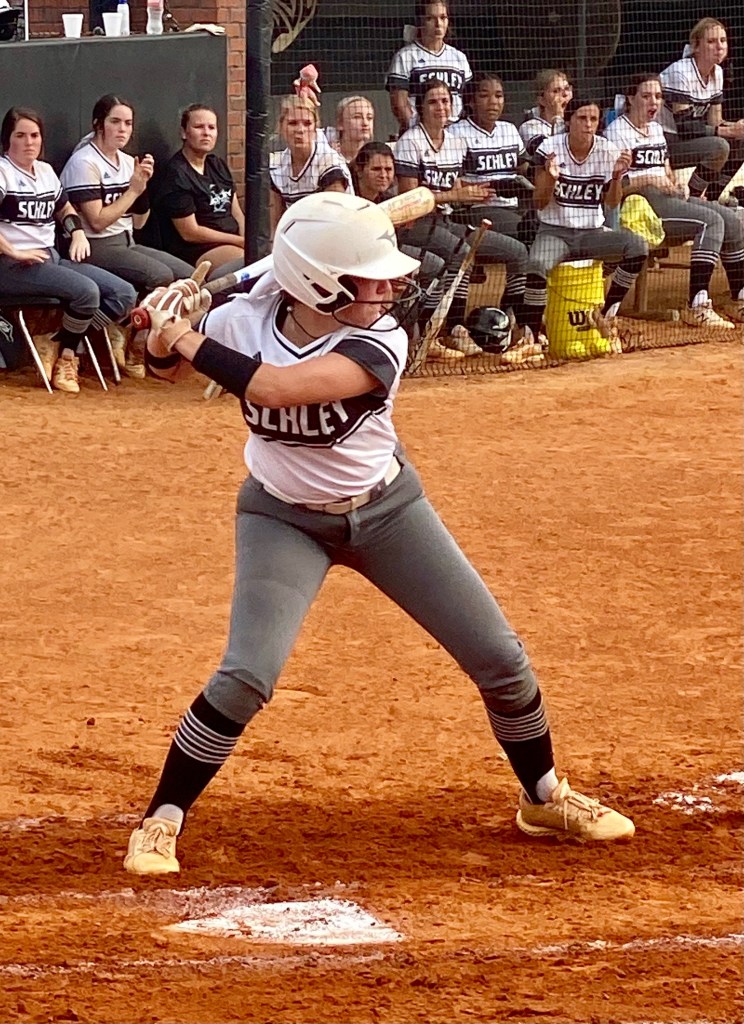 Schley County shortstop Destiny LeCroy went 2 for 2 at the plate with two doubles, an RBI and scored two runs in the Lady Wildcats’ 16-0 drubbing of Webster County. ATR Archive

ELLAVILLE – The Schley County Softball Team (SCHS) wasted very little time and made quick work of winless Webster County (WCHS). The Lady Wildcats scored five runs in the first and 11 in the second to secure a 16-0 run-ruled shutout on Monday, September 26 at Wildcat Park.

In the bottom of the first inning, the Lady Wildcats got a leadoff single from Brenna Jacobs and three consecutive RBI doubles by Destiny LeCroy, Zoe Molina and Kali Bishop to take a 3-0 lead.

Shortly thereafter, Makena Wurtz reached on an error that allowed Bishop to score and Lizzie Barineau followed that up with an RBI triple to right field.

The Lady Wildcats were still not done in this inning, as Mackenzie Pugh singled and Abby Sellers followed with an RBI single to make the score 12-0 in favor of SCHS.

Then Abbie Cheek and Rees Bell hit back-to-back RBI doubles to increase the lead to 15-0. The final run of the game came when Emily Campbell reached on an error that allowed Bell to score from second.

SCHS relief pitcher Alyssa Harry came in to pitch in the top of the third and retired all three batters she faced in order to end the inning and the run-ruled game. 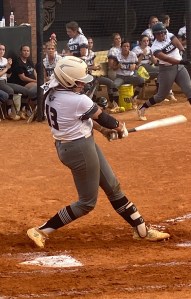 Schley County catcher Zoe Molina went 2 for 2 at the plate with two doubles and an RBI to help lead the Lady Wildcats to a 16-0 shutout victory over Webster County.
ATR Archive

Lizzie Barineau pitched two scoreless innings for the Lady Wildcats and gave up only one hit while striking out four WCHS batters.

With the win, SCHS is now 14-8 on the season and has won four straight games. The Lady Wildcats will try to extend their winning streak to five when they travel up U.S. Highway 19 to Thomaston on Monday, October 3 to take on Upson-Lee in a rematch from Wednesday, August 24 at Wildcat Park. In that game, the Lady Wildcats defeated the ULHS Lady Knights 8-4. First pitch for the rematch next Monday is scheduled for 5:30 p.m.