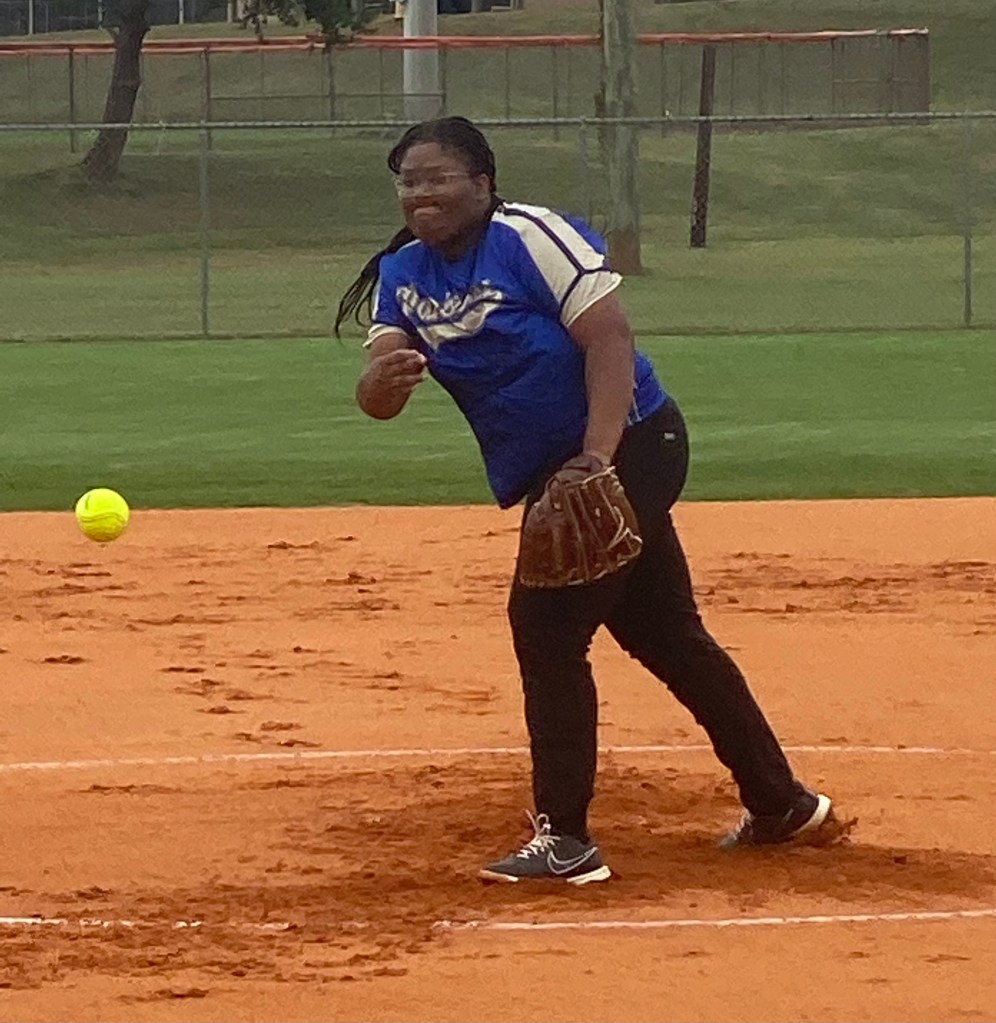 AMERICUS – The Sumter County Lady Panthers Softball Team (SCHS) got some timely hitting from Kierra Wilkerson and Madison Shelton and they were able to take advantage of walks and errors in their 15-3 victory over Westover on Thursday, September 29 at the Sumter County High School Softball Complex.

The Lady Panthers scored five runs in the bottom of the first inning by taking advantage of five walks and an error, but they also got a timely two-run single from Wilkerson.

The Lady Patriots responded in the top of the second with a run, but SCHS went back to work in the bottom of the second by scoring four more runs by taking advantage of three walks and a wild pitch.

WHS scored a run in the top of the third when they took advantage of an error, but the Lady Panthers responded by scoring four more runs in the bottom half of the inning by taking advantage of four walks and getting an RBI single from Shelton. At this point, SCHS had a 9-2 lead. 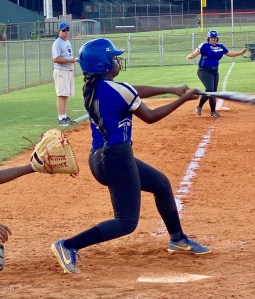 Sumter County junior third baseman Kierra Wilkerson went 1 for 2 at the plate with two RBIs and a run scored in the Lady Panthers’ win over Westover.
ATR Archive

The Lady Patriots scored a run in the top of the fourth inning when Evelyn Vicente scored on a dropped third strike, but the Lady Panthers put the icing on the cake in the bottom half of the inning when Shamyia Banks reached on an error that allowed herself and Eriel Aldridge to score.

Shelton went the entire way in the circle for SCHS. In four innings of work, she gave up three runs on four walks and struck out nine WHS batters.