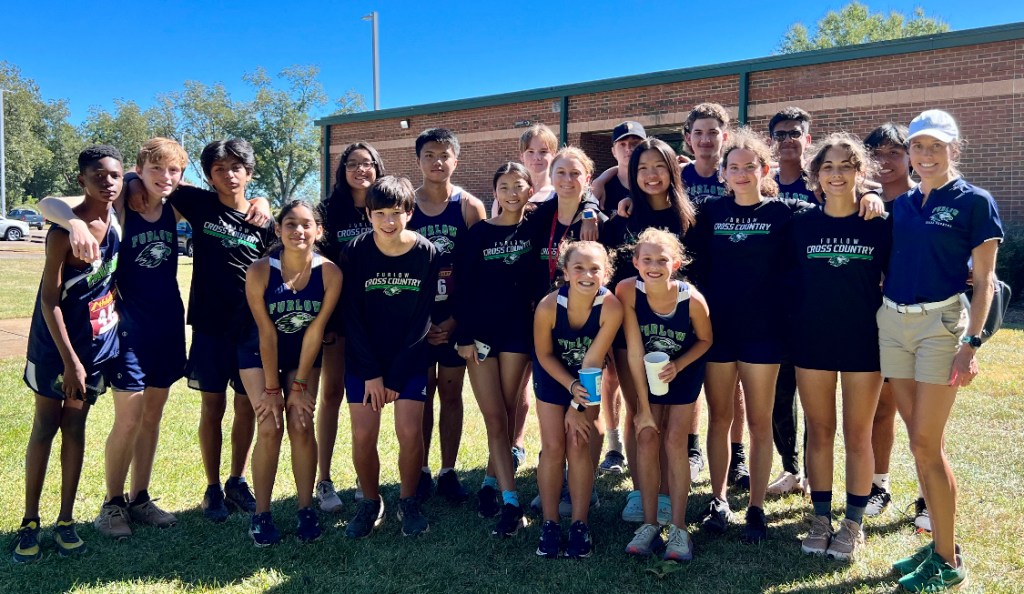 The Furlow Charter Falcons and Lady Falcons pose for a group picture after competing in Saturdays’ Westover Invitational in Albany, GA. Photo by Alwen Young

ALBANY, GA – The Furlow Charter girls’ and boys’ XC teams turned in solid performances at the Westover Invitational in Albany on Saturday, October 1.

The Lady Falcons finished with 182 points and were 56 points behind Lee County, who finished fourth with 126. St. Anne Pacelli won the girls’ team championship with 29 points and Central High School from Phenix City, AL was the meet runner-up with 54. 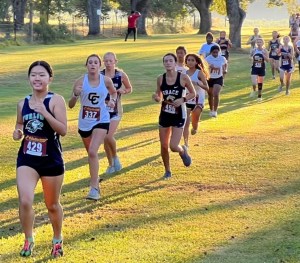 Furlow Charter Junior Jacklyn Chen set a new PR for herself in the Westover Invitational. Chen finished 36th out of 106 competitors in a time of 25:05.16.
Photo by Alwen Young

As far as the FC Falcons were concerned, they finished in seventh place with 201 points and were barely edged out by St. Anne Pacelli for sixth. Colquitt County won the boys’ team title with 84 points and Northside-Columbus ended up being the meet runners-up with 111 points. In the sport of XC (Cross Country), the team goal is to finish with the fewest points possible.

From an individual standpoint, six Falcons and six Lady Falcons turned in new PRs (Personal Records) in this meet. FC Junior Maria Kilheffer turned in another strong finish, crossing the finish line in 13th place out of 106 competitors in a time of 23:16.14 and setting a new PR. Kilheffer’s teammate, Freshman Elizabeth Arizmendi, turned in a new PR with a time of 24:26. Abigail Garner of Central-Phenix City (AL) won the girls’ race in a time of 19:10.33. 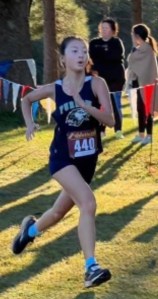 : Furlow Charter Junior Syrius Zhang finished the Westover Invitational girls’ race in a time of 27:42.46, which was a new PR for her and good enough for 58th place.
Photo by Alwen Young

In boys’ action, the Falcons finished in seventh place with a total of 201 points. They were barely edged out by St. Anne Pacelli for sixth place and finished nine spots below fifth place finisher Dougherty. Colquitt County won the boys’ team championship and Northside-Columbus finished as the runner-up.

Individually, FC Freshman Ian Biedermann was the first Falcon to cross the finish line. In doing so, he turned in a new PR for himself and finished in 19th place out of 132 competitors with a time of 19:32.19. Biedermann’s teammate, Senior Edwin Gonzalez, turned in his season best performance, finishing in 26th place with a time of 20:06.03. Freshman Walker Elrod of Grace Christian Academy in Bainbridge won the boys’ race in a time of 16:47.30.

FC Freshman Ibis Gonzalez was the next Falcon to cross and he set a new PR with a time of 20:43.15, which was good enough for 39th place. His teammate and fellow senior, Dustin Arizmendi, also set a new PR, as he finished in 51st place with a time of 21:08.98. Junior Cole Bartholome also ran in the boys’ JV race and finished in eighth place in a time of 23:21.32 for a new PR. Other Falcons who turned in strong performances in this meet are as follows: