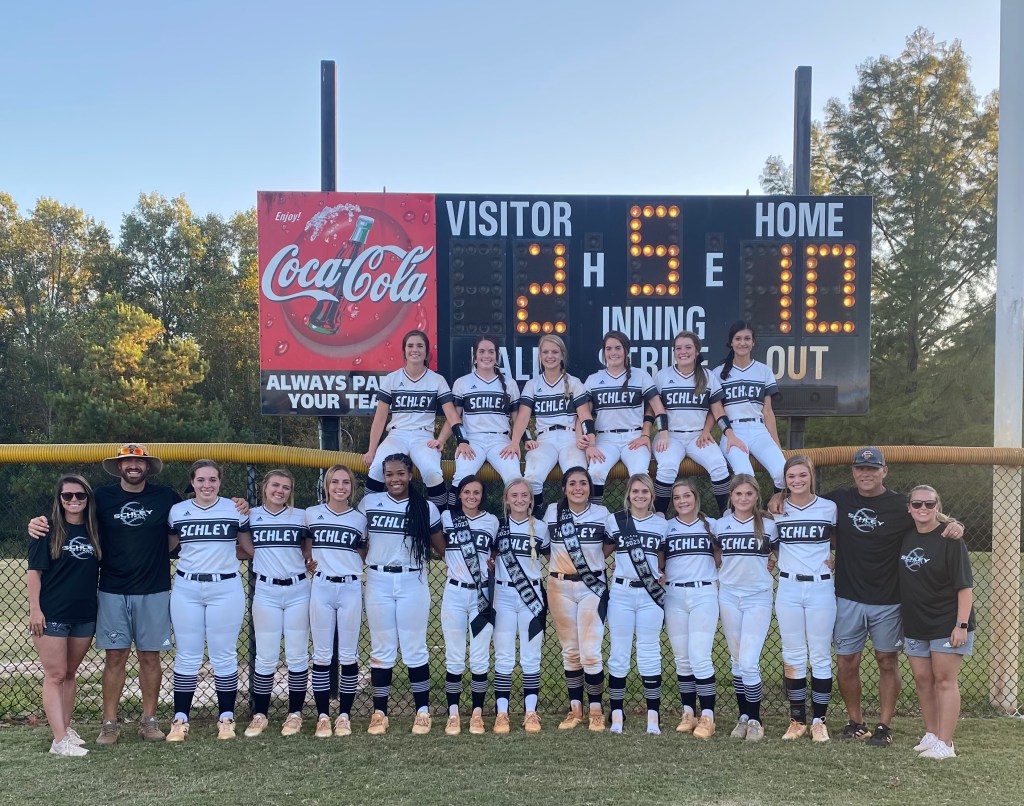 AMERICUS – Thanks to five runs on six hits in the bottom of the fourth inning, the Schley County Wildcats (SCHS) were able to pull away from Taylor County (TC) and would go on to beat the Vikings 10-2 at Wildcat Park on Thursday, October 6 to secure the SCHS softball program’s third region championship in the past seven years.

“It’s nice. I love it for my girls. They’ve worked hard. We’ve been working hard since June,” SCHS Head Coach Jody Sellars said. “To be able to accomplish our first goal of a region championship is big and hats off to my girls for playing hard and doing what they need to do within the region to capture first place.” 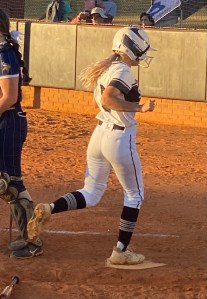 Schley County pinch runner Jaely Wynn scores the final run of the game to give the Wildcats a 10-2 win over Taylor County and the region championship.
Photo by Ken Gustafson

The turning point of the game came in the bottom of the fourth inning. At that time, the Wildcats led 4-2, but with a runner at first and one out, Brenna Jacobs singled, but Emma Walker was able to score all the way from first on the play. Zoe Molina then drove in Jacobs on an RBI single and Kalli Bishop followed that up with an RBI single to right field to make the score 6-2 in favor of SCHS.

The Wildcats weren’t done, however, as Makenna Wurtz would drive in another run on an RBI double. Lily Walker followed that up with an RBI single and SCHS completed the fourth inning with a 9-2 advantage over the Vikings. 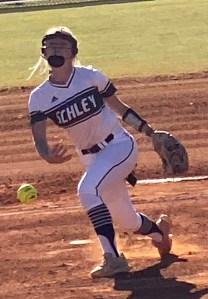 Schley County Pitcher Kakenna Wurtz pitched the entire game for the Wildcats to get the win. Wurtz gave up two runs on six hits, walked two batters and struck out three.
Photo by Ken Gustafson

Wurtz, who pitched the entire way for SCHS, kept TC at bay in the top of the fifth. The Wildcats then ended the run-ruled game in the bottom of the fifth when Jacobs drove in Jaelyn Wynn from third on a sacrifice fly.

SCHS Right Fielder Kalli Bishop, who belted a grand slam home run two days before in the loss to Marion County, came up big again against the Vikings. Bishop went 3 for 3 at the plate with a double, three RBIs and two runs scored. Both Wurtz and Lizzie Barineau each went 2 for 3 at the plate, with Wurtz driving in two runs and Barineau driving in one. 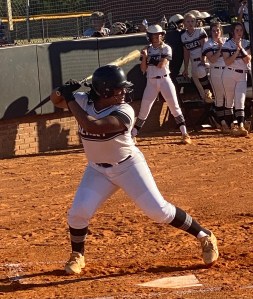 Schley County Right Fielder Kalli Bishop went 3 for 3 at the plate with three RBIs and two runs scored in the Wildcats’ 10-2 victory over Taylor County.
Photo by Ken Gustafson

The Vikings responded with two runs in the top of the third on a two-run double from Victoria Cooper, but the Wildcats fired back in their half of the inning by scoring two runs on an RBI double from Bishop and a bunt single from Wurtz that was coupled with a TC error. 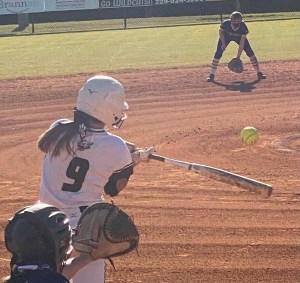 Schley County Shortstop Destiny LeCroy went 1 for 3 at the plate in the Wildcats’ win over Taylor County.
Photo by Ken Gustafson

In the top of the fourth inning, Wurtz struck out the first two batters she faced and kept the Vikings scoreless. At that point, SCHS led 4-2, but the Wildcats’ bottom of the fourth explosion would permanently determine the outcome of the contest.

In five innings of work, Wurtz gave up two runs on six hits, walked two batters and struck out three.

With the win, the Wildcats finish the regular season at 15-9 overall and are region champions with a region record of 8-1. They will now await their first round opponent in the GHSA Class A-Public State Playoffs. Stay tuned to the Americus Times-Recorder for information on where and when the Wildcats will play, as well as whom they will face in the first round.