Hurricanes score four second half goals to draw with Nighthawks 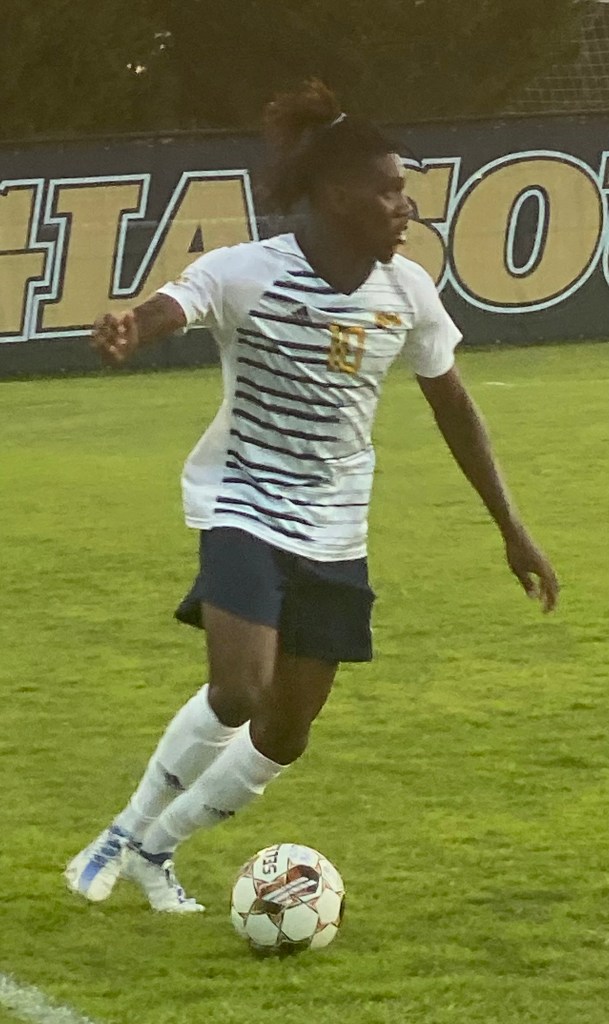 GSW Senior Forward Chris Salamatou scored a goal and had an assist to help the Hurricanes come back from a 4-0 deficit to tie the UNG Nighthawks 4-4 on Saturday, October 8. ATR Archive

DAHLONEGA, GA – The Georgia Southwestern Men’s Soccer Team (GSW) fell behind 4-0 to the University of North Georgia Nighthawks (UNG), but then exploded for four second half goals to play UNG to a 4-4 draw at the UNG soccer field on Saturday, October 8.

The Nighthawks continued their onslaught in the second half when Benjamin Elgueta scored an unassisted goal in the 52nd minute and Tyler Vitelli scored three minutes later to give UNG a 4-0 advantage.

However, the Hurricanes finally woke up. In the 59th minute, Senior Midfielder Cole Davison began the GSW comeback when he scored an unassisted goal off a corner kick. Then in the 64th minute, GSW cut the Nighthawks’ lead in half at 4-2 when Freshman Forward Lucas Bedleg scored off an assist from Freshman Forward Donnell Clements.

The Hurricanes had more chances to score in the match as they got off nine shots on goal and connected on four of them. In contrast, UNG got off four shots on goal, but cashed in on all of those chances.

GSW will continue PBC play when they host Young Harris College on Wednesday, October 12 at 7 p.m.