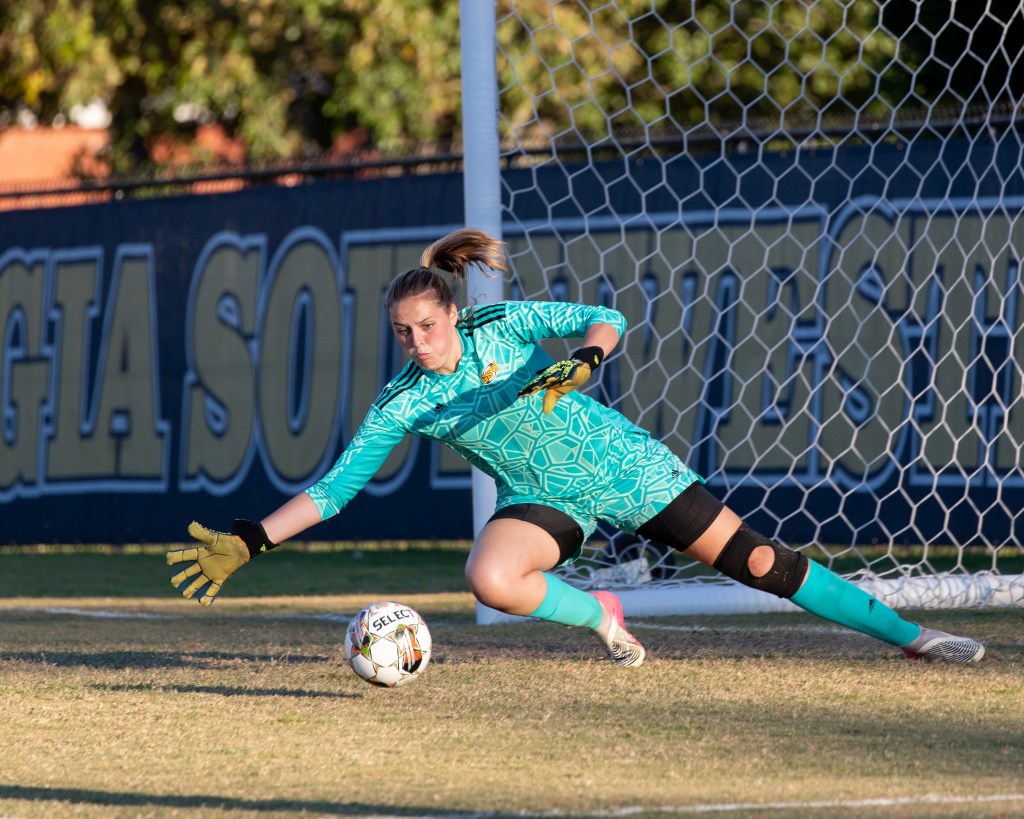 AIKEN, SC – The Georgia Southwestern Women’s Soccer Team dropped its fourth straight match in a 2-0 loss to the Lady Pacers of the University of South Carolina-Aiken on Saturday, October 8 at the USCA soccer field.

The loss puts the Lady Hurricanes at 4-7-3 overall on the season and 1-6-1 in the Peach Belt Conference (PBC).

The Lady Pacers scored their first goal of the match in the seventh minute when Megan Gettys scored her ninth goal of the season on a shot from 15 yards out. The Lady Hurricanes did have a chance to score 20 seconds before USCA’s first goal when Junior Defender Emma Carter took a shot on goal that was saved by USCA Goalkeeper Kaydence Moore.

As the first half continued, GSW continued to put pressure on the USCA back line and earned a few corner kicks. Then in the 40th minute, Sophomore Defender Emily Davis took a shot on goal, but Moore once again was able to come up with the save.

The Lady Pacers got their insurance goal with about three minutes left before halftime when Karis Coleman scored off an assist from Mackenzie Cochrane.

Unfortunately for the Lady Hurricanes, though they created chances, they were not able to make a comeback in the second half and went on to lose to USCA by the score of 2-0.

The Lady Pacers were able to create more chances and had a total of 10 shots on goal, connecting on two of them, while the Lady Hurricanes were only able to get off five shots on goal.

Sophomore GK Shelby Watkins got the start in the net for GSW and came up with three saves and Sophomore Goalkeeper Grace O’shaughnessy came off the bench to relieve Watkins and tallied five saves on the day. USCA Goalkeeper Kaydence Moore also had a total of five saves.