Georgia Power was all a buzz 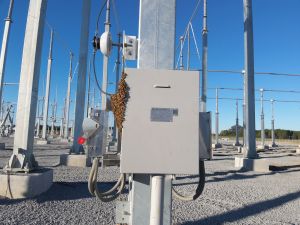 A Georgia Power transmission team working in a substation near Americus this week (10/3) came upon a swarm of bees on the equipment. As Georgia Power crews do when encountering such a situation, work was stopped and a bee farmer was consulted for help in safely relocating the colony. In this case, when the bee expert arrived Wednesday, most of the bees had buzzed to another home on their own.

Recognizing the importance of pollinators to agriculture and our natural environment, Georgia Power has established various pollinator initiatives such as the LaGrange Solar 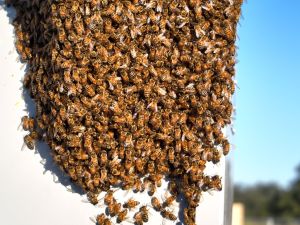 In addition, Georgia Power is proud to partner with Bee-Downtown as a member of their Corporate Hive Program to support sustainable urban agriculture and environmental stewardship in the Atlanta area. Three hives installed at Georgia Power’s headquarters are positively impacting over 18,000 acres of the surrounding community.