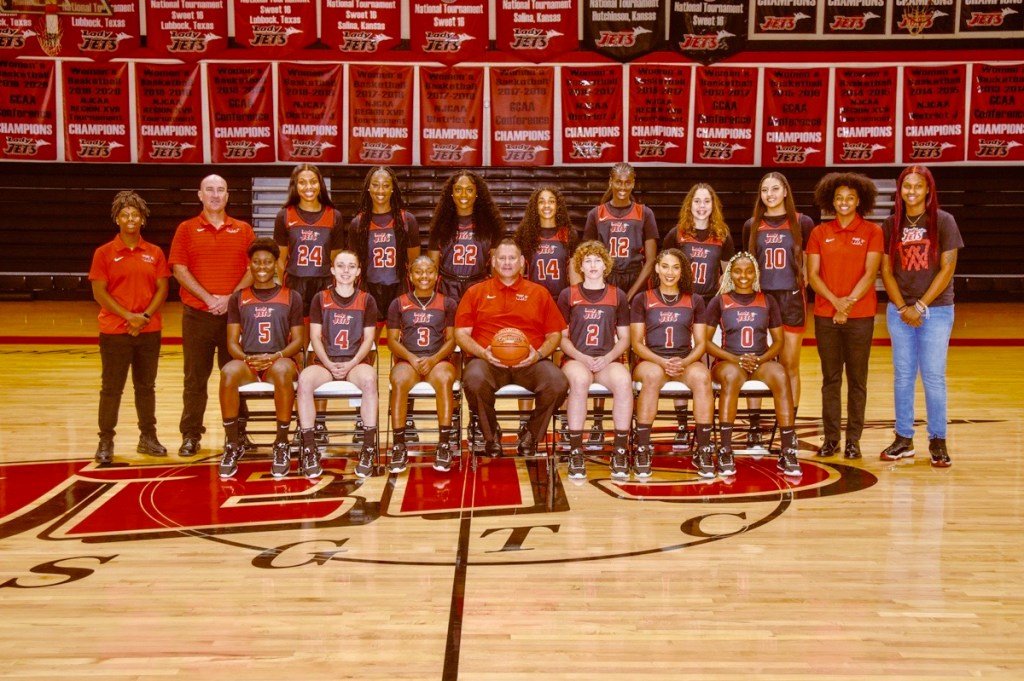 Both the Jets and the Lady Jets advanced to their respective NJAA National Tournament in Hutchinson, Kansas and Lubbock, Texas last season with the Lady Jets finishing among the top 16 teams in the nation while the Jets were among the top 24 teams nationally and were the Georgia Collegiate Athletic Association and NJCAA Southeast region champions.

Fans can get a preview of the 2022-2023 Lady Jets in a scrimmage game in the Hangar on Tuesday, October 25th.  The Lady Jets will host Albany State University in a scrimmage beginning at 6 p.m. The Jets will open the new season at home on November 1, 2022 against Gulf Coast State College at 7 p.m. in the Hangar.  The Lady Jets first regular season home game this season will be on November 9th at 5:30 p.m. against Central Georgia Technical College.

“Obviously being ranked pretty high pre-season speaks volumes about last year’s team and the eight young ladies we return from that team,” said South Georgia Technical College Athletic Director and Lady Jets head coach James Frey.  “I have extremely high expectations for this team, but making them understand what is necessary to maintain the ranking and build on it has been a challenge.  We are still trying to get them to understand what real work ethic is about.  I am confident we will get there.”

South Georgia Technical College President Dr. John Watford agreed with Coach Frey and stated, “we appreciate the respect that the NJCAA has for our program, players, and coaching staff to put us in the top five nationally in the preseason poll for the Lady Jets and for the Jets to receive votes in the men’s preseason poll.  However, we need to build on that respect by performing in the classroom as well as on the court.”

Tyler, the defending national champions, were ranked 1st nationally in the women’s poll followed by powerhouses Shelton State, Trinity Valley, Northwest Florida State and South Georgia Technical College to round out the top five.  Blinn, Jones, South Plains, Hutchinson, and College of Southern Idaho closed out the sixth through 10th spots.   South Georgia Tech was the only Georgia team included in the rankings.

The Lady Jets earned their sixth consecutive trip to the NJCAA National Tournament in Lubbock, Texas in 2022 with an at-large bid after falling to Georgia Highlands in the GCAA Championship playoffs. The Lady Jets brought a 26 -6 record into the national tournament where they defeated Monroe 77 – 22 and set a new NJCAA Tournament record for the fewest points allowed at the national tournament before losing to Arizona Western and finishing in the Sweet Sixteen with a final 27 – 7 overall record.

The Lady Jets have eight players returning from the 2021 squad including 5’ 11’ sophomore forward Alexia Dizeko from Sion, Switzerland and 6’ 1” sophomore center Fanta Gassama from Mataro, Spain, who both started for the Lady Jets as freshmen.

Following the October 25th match-ups, the Lady Jets will face Central Georgia Tech at home on November 9th at 5:30 p.m. and then Andrew College at 1 p.m. on November 12th.  They will host the Pet Arrington Thanksgiving Classic against Denmark Tech and Indian River Community College on November 25th and 26th in the Hangar.  Visit https://www.southgatech.edu/athletics/lady-jets-basketball/lady-jets-schedule/ for the Lady Jets complete schedule.

And while the Jets did not crack the Top 25 in the NJCAA Pre-season rankings, they did receive votes to be included after trip to the national tournament last season and their conference championship under first year head coach Chris Ballauer. 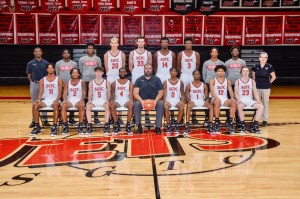 “Receiving votes in the pre-season national poll is quite an honor,” said Jets men’s basketball coach Chris Ballauer.  “We had a great group of guys last season that took us to the national tournament.  This year, we only have three players returning so it will be a rebuilding year.”

Despite feeling like he is in rebuilding mode; the Jets did receive the top ranking in the Georgia Collegiate Athletic Association (GCAA) pre-season poll.  Returning from last season are: 6’3” sophomore guard Kallin Fonsecca from Breaux Bridge, LA; 6’ 7” sophomore forward Bryce Turner from Jacksonville, FL; and 6’ 8” sophomore forward Nathan Wilson.

The Jets finished the 2021 – 2022 season with a 22 – 12 record, a second-place finish in the GCAA regular season and won the GCAA tournament championship title as well as the NJCAA Southeast District title for Region XVII.  They advanced to the NJCAA National Tournament as the 19th best team in the nation.  It was the third trip in the 20-year history of the Jets program.  They have won the conference championship four times.

For a complete Jets schedule visit the SGTC website:  https://www.southgatech.edu/athletics/jets-basketball/jets-schedule/.