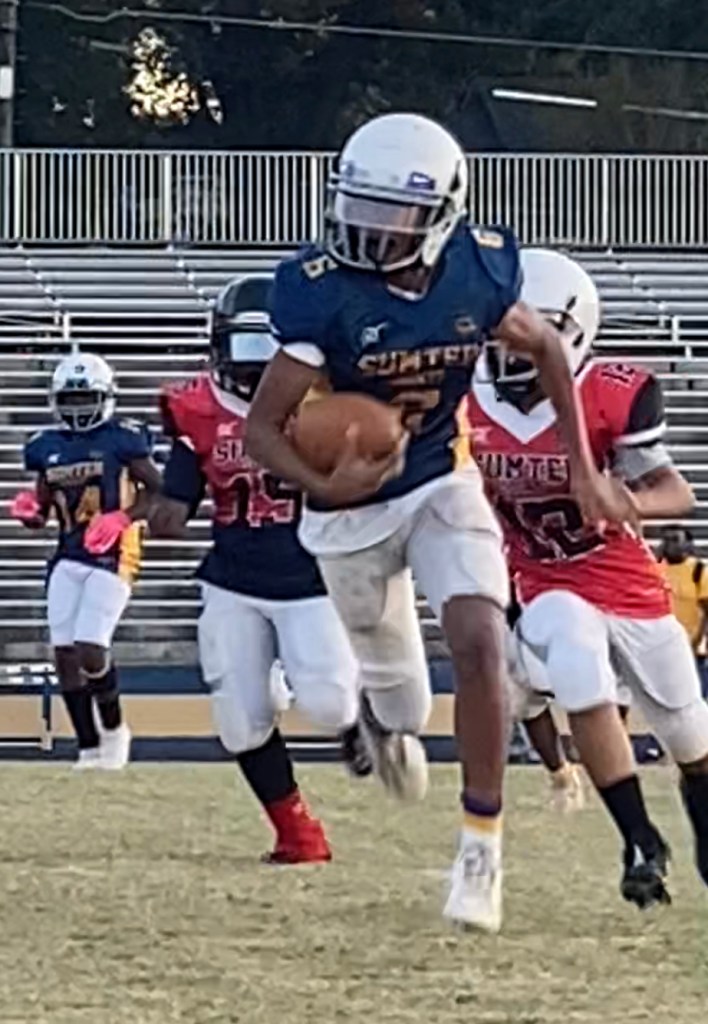 12U Michigan Wolverines Running Back Alex Brown Jr. runs past the Georgia defense and scores the game-winning touchdown to give his team a 14-8 win and the 12U Championship. Photo by Ken Gustafson

All three games were tight, hard-fought contests and all three of them had to be decided in overtime, which is a first in the history of the SCPRD Youth Football Championships. 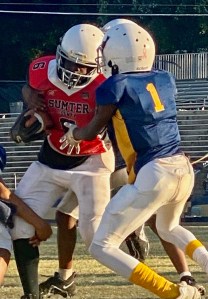 10U Bulldogs running back Anton Twiggs is met by 10U Wolverines defender Demarion Cole.
Photo by Ken Gustafson

The first game in which a champion was crowned was in the 8U Division, as the 8U Cincinnati Bearcats faced off against the 8U Georgia Bulldogs. After a hard-fought four quarters between the two teams, the score was tied at 7-7, but the game couldn’t be decided in regulation. However, in the overtime period, Cincinnati Running Back Jamier Cross ran the ball around the left side and down the sidelines for the game-winning touchdown, giving he Bearcats a 13-7 victory and the 8U championship. 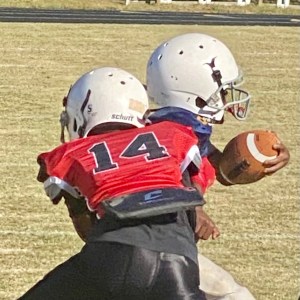 The second game featured the 10U Championship between the 10U Georgia Bulldogs and the Michigan Wolverines. This game was a defensive struggle throughout between both teams and it had to be decided in overtime. However, the Wolverines were able to come out on top by the score of 8-6. 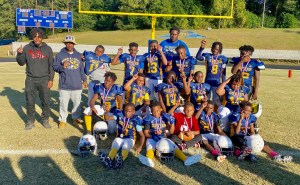 The 10U Michigan Wolverines celebrate their championship after thy defeated the 10U Georgia Bulldogs in the SCPRD Youth Recreational Football Championships.
Photo by Ken Gustafson

The third and final game of the day was the 12U Championship featuring the 12U Georgia Bulldogs and the Michigan Wolverines. Once again, the game was a hard-fought battle between two solid teams and at the end of four quarters of play, the score was tied at 8-8. In the overtime session, the Wolverines were able to stop the Bulldogs on their offensive possession and on their final possession in overtime, 12U Wolverines Running Back Alex Brown Jr. scored the game-winning touchdown to give his team a 14-8 overtime victory and the 12U Championship Crown. 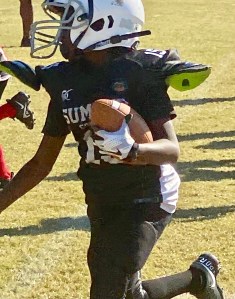 8U Cincinnati Bearcats Running Back Jamier Cross scored the game-winning touchdown in overtime to give his team a 13-7 victory and the 8U Championship.
Photo by Ken Gustafson

Many of these players will be chosen for the Sumter County 8U, 10U and 12U All-Star Teams that will compete in the upcoming Georgia Recreation and Parks Association (GRPA) District Tournaments in Tifton the weekend before Thanksgiving.

The 12U Michigan Wolverines celebrate their championship after they defeated the 12U Bulldogs 14-8 in the 12U Championship Game of the SCPRD Youth Recreational Football Championships.
Photo by Ken Gustafson

A year ago, all three All-Star Teams made it to the GRPA State Tournament in Effingham County. This year, the GRPA State Football Championships will be played in Carrollton the first weekend of December.