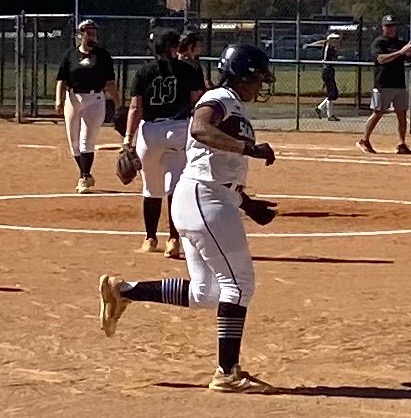 Schley County right fielder Kalli Bishop rounds the bases after drilling a solo home run in the bottom of the fourth inning against Lanier County in the state quarterfinals. Photo by Ken Gustafson

COLUMBUS – For six innings, the Schley County Wildcats struggled against the dominating performance of Lanier County pitcher Jaden Benefield. However, in the bottom of the seventh inning, with the Wildcats trailing LC 5-1, SCHS finally cracked Benefield and scored two runs thanks to a leadoff double by Kalli Bishop and a wild pitch. Unfortunately for the Wildcats, however, they were not able to complete the full come-from-behind attempt and fell to the Bulldogs 5-3 in their first game of the Georgia High School Association (GHSA) Class A Division 2 State Quarterfinals Wednesday afternoon, October 26 at the South Commons Softball Complex in Columbus, GA. 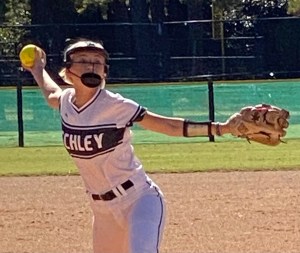 Schley County starting pitcher Makena Wurtz gave up five runs on eight hits, walked one batter and struck out four in the Wildcats’ 5-3 loss to Lanier County in their first game of the GHSA Class A Division 2 State Quarterfinals.
Photo by Ken Gustafson

This was a game in which SCHS struggled to solve the pitching of Benefield, who gave up three runs on four hits and walked two, but posted 11 strikeouts.

“Benefieldl is a really good pitcher. We knew that going in. She’s left-handed. I don’t know that we’ve seen a left hander all year, much less a really good left hander,” SCHS Head Coach Jody Sellars said. “We knew it was tough going in when we saw her. I loved the way my girls battled down the stretch. I just wish we could have put a little pressure on them like we did the last inning earlier in the game. You’ve got to do that up here in Columbus because every team is tough. We had one inning with two errors that led to three runs. You just can’t do stuff like that against these really good teams. Tip your hat to Lanier. They ‘re a really good team. They pitched well and did what they needed to at the plate, but again, I’m proud of my girls for the fight that they showed. It’s not over. We’re just in the losers bracket. It means we get to play some more ball then we bargained for. Hopefully, we come back tomorrow and jump on it and start making our way through the losers bracket trying to get to Friday,” Sellars continued. 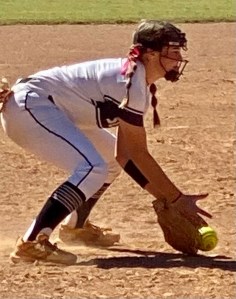 The Bulldogs threatened in the top of the first as Brailyn Burkhalter drilled a one-out double and Brilee Burkhalter singled, putting runners at first and third with one out. However, SCHS starting pitcher Makena Wurtz struck out Steffie Gano and got Jaycee Newsome to ground out to third to end the threat.

In the bottom of the first inning, Zoe Molina singled to put a runner on with two outs for the Wildcats, but courtesy runner Dixie Justice was thrown out trying to steal second base.

In the top of the third inning, the Bulldogs struck for three runs on two hits, including a two-run home run by Gano. LC was also aided by two errors committed by the Wildcats in that inning. 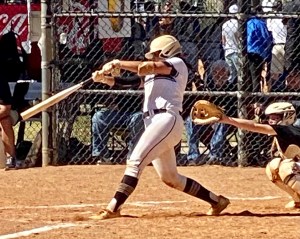 Schley County catcher Zoe Molina went 1 for 3 with a single in the Wildcats’ 5-3 loss to Lanier County.
Photo by Ken Gustafson

In the top of the fourth, LC added two more runs on two hits, including a two-run single by Brailyn Burkhalter, making the score 5-0 in favor of the Bulldogs.

However, the Wildcats finally got on the board in the bottom half of the inning when Kalli Bishop belted a two-out home run over the right field fence. 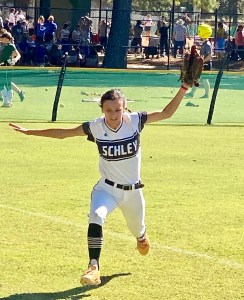 Both teams went scoreless over the next two innings and the wildcats were able to hold LC scoreless in the top of the seventh. This gave SCHS one last chance for a dramatic five-run, come-from-behind victory. Bishop led off the frame with a double, but Makena Wurtz was called out due to batter interference. Nevertheless, Lily Walker was able to draw a walk from Benefield. Benefield retired Abbie Cheek for the second out, but Walker and Bishop would both advance on a wild pitch. Then Walker and Bishop both scored on another wild pitch from Benefield and the Wildcats found themselves within two runs of tying the game.

However, the comeback bid fell short as Lizzie Barineau popped out to second base to end the game.

Bishop led the Wildcats’ offense by going 2 for 3 at the plate with a homer, a double, an RBI and two runs scored and both Emma Walker and Zoe Molina each had one hit in the game for SCHS. As for the Bulldogs, Brailyn and Brilee Burkhalter, who each went 2 for 4 at the plate, led them offensively. 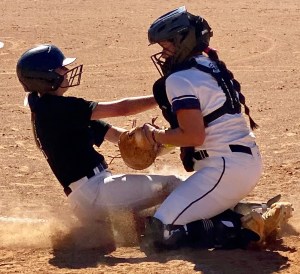 Wurtz went the entire way in the circle for the Wildcats. In seven innings of work, she gave up five runs on eight hits, walked one batter and struck out four.

The Wildcats will try to keep their hopes of a state championship alive when they face the 26-1 Patriots of Wilcox County in the losers bracket on Thursday afternoon, October 27 at 5 p.m.