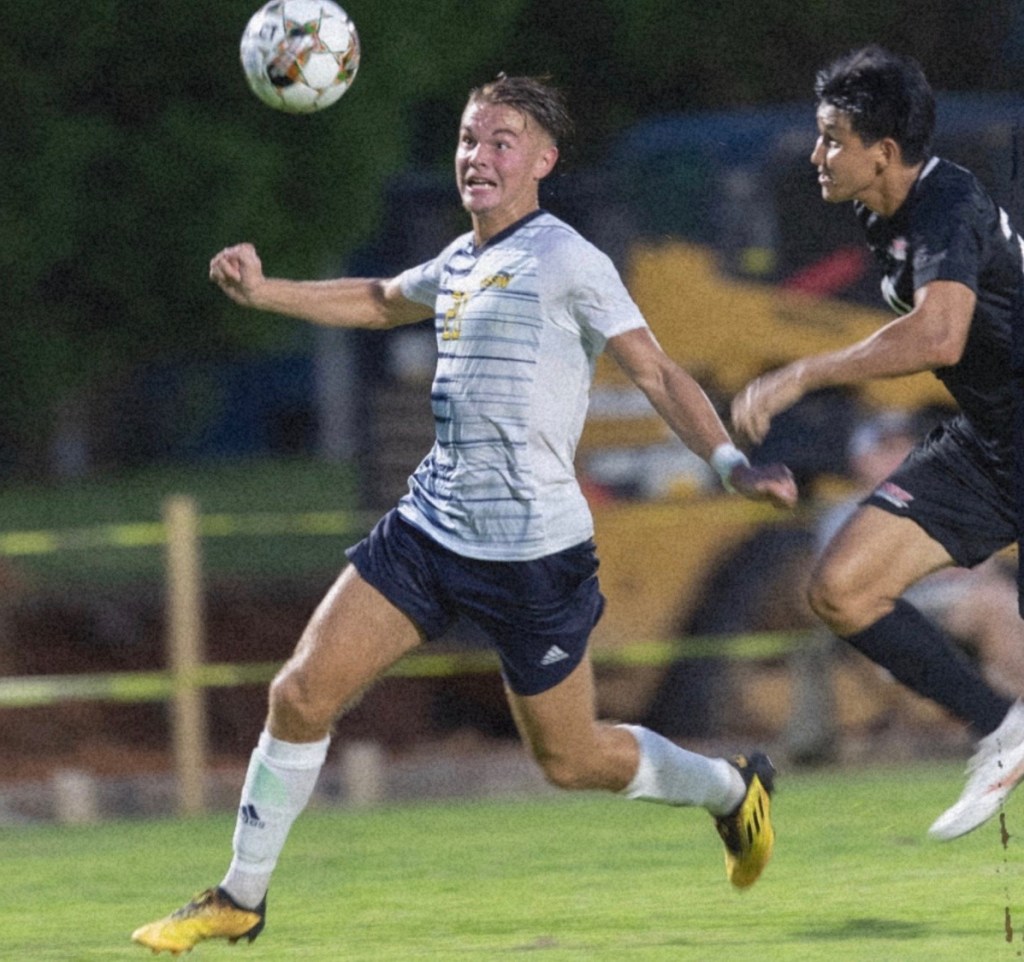 GSW freshman forward Lucas Bedleg scored the first of the Hurricanes’ two goals in their 2-0 victory over Young Harris College in the first round of the Peach Belt Conference Tournament. Photo by GSW Athletics

GSW, the fifth seed in the tournament, advances to play the PBC regular season champion and top-seeded Lander University at 1 p.m. on Sunday. The winner will earn an appearance in the conference championship match later next week.

The Hurricanes opened the scoring in the 10th minute when freshman forward Lucas Bedleg retrieved a loose ball off a corner kick and blasted it past the outstretched hand of the YHC goalkeeper. The score would remain 1-0 as the teams headed to the half.

The second half was scoreless until GSW senior forward Chris Salamatou weaved his way through five YHC defenders and found the back of the net in the 60th minute, putting GSW up 2-0.

Making just his second start between the pipes this season, GSW sophomore goalkeeper Juan Ramirez recorded his first shutout of the season. Bolstered by a stout Hurricane back line, Ramirez faced 13 shots (seven on goal) and was equal to the task throughout the match.

It was a relatively equal game on the stat sheet. The Mountain Lions outshot the Hurricanes 13-10, with both teams getting seven shots on goal. YHC also held a 5-2 advantage in corner kicks.