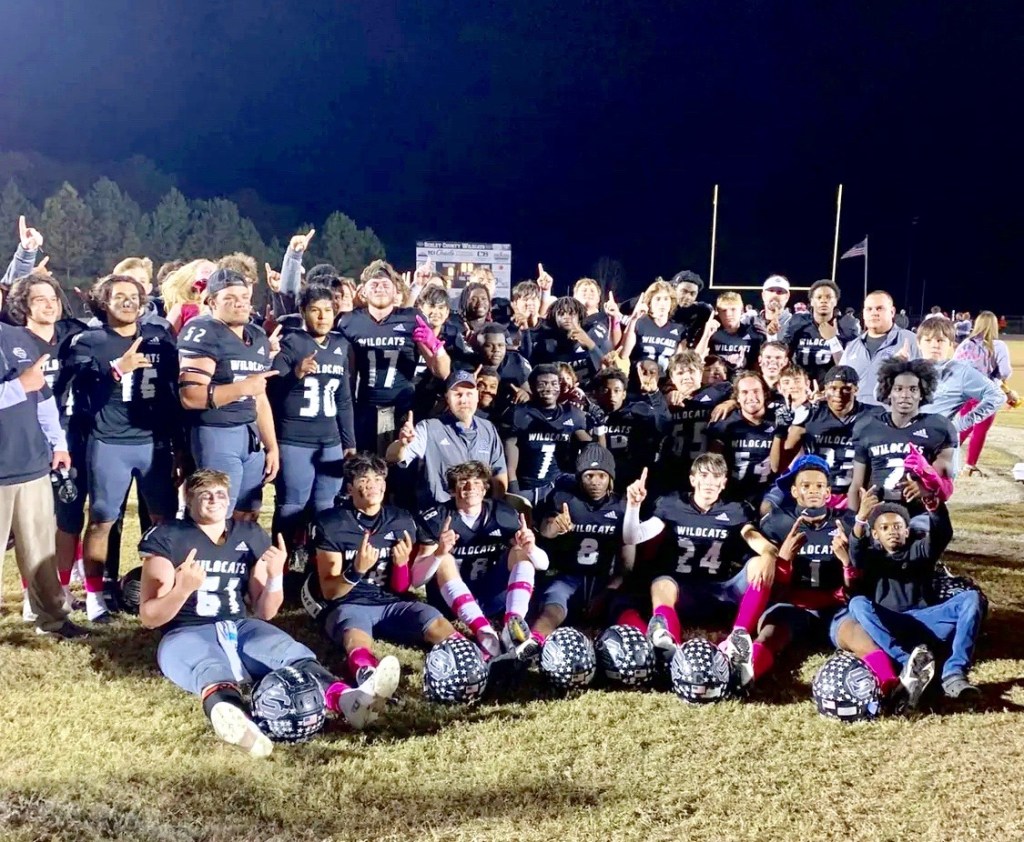 The Schley County Wildcats celebrate with a team picture after they defeated Marion County 56-0 to win the school’s first ever region championship in football. Photo by Tim Estes

ELLAVILLE – At long last, after 22 years, it finally happened on the evening of Friday, October 28. With their 56-0 drubbing of the Marion County Eagles (MC) at Wildcat Stadium, the Schley County Wildcats (SCHS), who are raked #5 in the state in the GHSA Class A Division 2 standings, finally earned the school’s first ever region championship in football.

“It’s an awesome feeling. I’m so excited for the kids and for the community and for all of the people that have been a part of the program and have invested in our program. They’ve been tremendous, so I’m excited for all those guys,” said SCHS Head Coach Darren Alford, who is in his seventh year as the Wildcats’ head coach. “It has been an honor to be able to be here and do that.”

The victory puts SCHS at 7-2 overall on the season and 5-0 in the GHSA Class A Division 2 Area 6 standings. More importantly, however, the win secured the Wildcats their first ever football region championship since the school began playing high school football 22 years ago.

In years past, the Eagles constantly frustrated the efforts of SCHS to claim that coveted region title, as MC was the top dog in the region. However, the Wildcats made an emphatic statement Friday night that they are now the “top dogs” of the region. 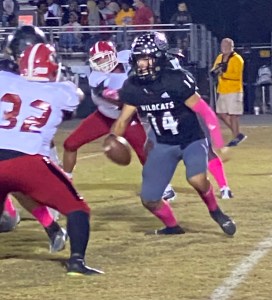 Schley County junior quarterback Jay Kanazawa threw four touchdown passes and ran for three more to lead the Wildcats to a 56-0 win over Marion County and the school’s first ever region championship in football.
Photo by Ken Gustafson

The Eagles won the toss and elected to receive, but the SCHS defense, as it did all night, kept MC at bay on its first possession. Later on in the first quarter, SCHS quarterback Jay Kanazawa orchestrated a drive that took the Wildcats down inside the MC 20, but a penalty pushed them back. Nevertheless, that didn’t phase the Wildcats as Kanazawa threw a 42-yard touchdown pass to JaLewis Solomon. The extra point by Miguel Yanez-Rueda was good and SCHS led 7-0 with 6:20 to go in the first quarter.

Then with 2:21 to go in the first quarter, the SCHS offense got the ball back and went right to work at its own 46. Kanazawa threw a short pass to Kendall Sims, who scampered down the sidelines for a 54-yard run for a touchdown. The extra point was no good, but the Wildcats had doubled their lead to 13-0. 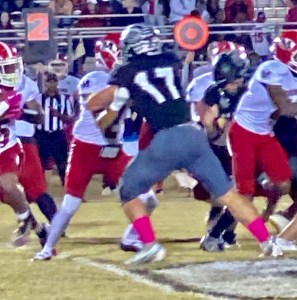 Later on, as the first quarter was about to end, the Wildcats got the ball back and Carson Westbrook nearly took a punt return all the way back for a touchdown, but was pushed out of bounds near the MC five-yard line. However, as the second quarter began, Kanazawa completed the drive by scoring on a quarterback keeper from four yards out. The Eagles were flagged for encroachment on the extra point try and the Wildcats decided to go for two. Zayden Walker was able to run the ball into the end zone for the two-point try and SCHS led 21-0 with 10:50 to go before halftime.

The SCHS defense continued to neutralize the MC offense and got the ball back on offense. This time, Kanazawa hooked up with Clinton Jackson for a 35-yard touchdown pass. The extra point by Yanez-Rueda was good and SCHS led 28-0 with 7:39 to go before the half. 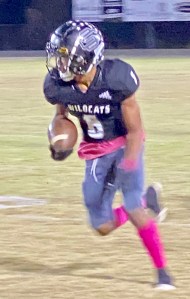 However, the Wildcats were still not done with first half scoring. On the Eagles’ next possession, quarterback Ty Goodroe’s pass was intercepted by Westbrook, who took the ball back all the way for a touchdown. However, the Wildcats were flagged for a block in the back on Westbrook’s run back. Nevertheless, Kanazawa found Jackson again in the end zone for another touchdown. Yanez-Rueda’s extra point was good and SCHS led 35-0 with 4:35 to go before halftime.

Near the end of the first half, the Wildcats mounted another drive deep into MC territory. Then on third down, running back Malachi Banks picked up a few yards on some tough, hard running before Kanazawa finished off the drive by scoring another touchdown on another quarterback keeper. The extra point by Yanez-Rueda was good and SCHS led 42-0 at the half.

As the second half started, the Wildcats simply picked up where they left off as Kendall Sims took the kickoff 83 yards for another Wildcats touchdown. Yanez-Rueda’s extra point was good and SCHS led 49-0. 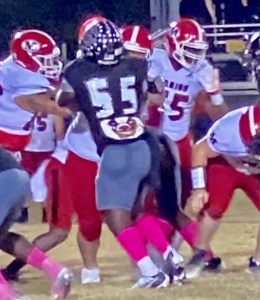 The SCHS defense continued to stifle the Eagles’ offense and the Wildcats created another turnover, as defensive back Kabreon Aldridge intercepted a pass and ran it back for a pick six. The extra point by Yanez-Rueda was good and the Wildcats led 56-0 with a little over a minute still left in the third quarter.

At that point, the Wildcats were content to keep the ball on the ground and they went on to salt away their 56-0 shellacking of the Eagles and their first ever region championship. 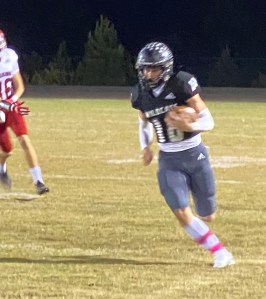 Schley County junior wide receiver/free safety Carson Westbrook runs a punt return all the way down near the MC five-yard line. Westbrook also intercepted a pass and ran it back for a touchdown, but it was called back due to a block in the back penalty.
Photo by Ken Gustafson

SCHS will finish the regular season at home against Greenville on Friday, November 4 at 7:30 p.m. The Wildcats will then begin their quest for a state championship when they host their first round game of the GHSA Class A Division 2 State Playoffs.