Jets and Lady Jets ranked in the NJCAA National Poll 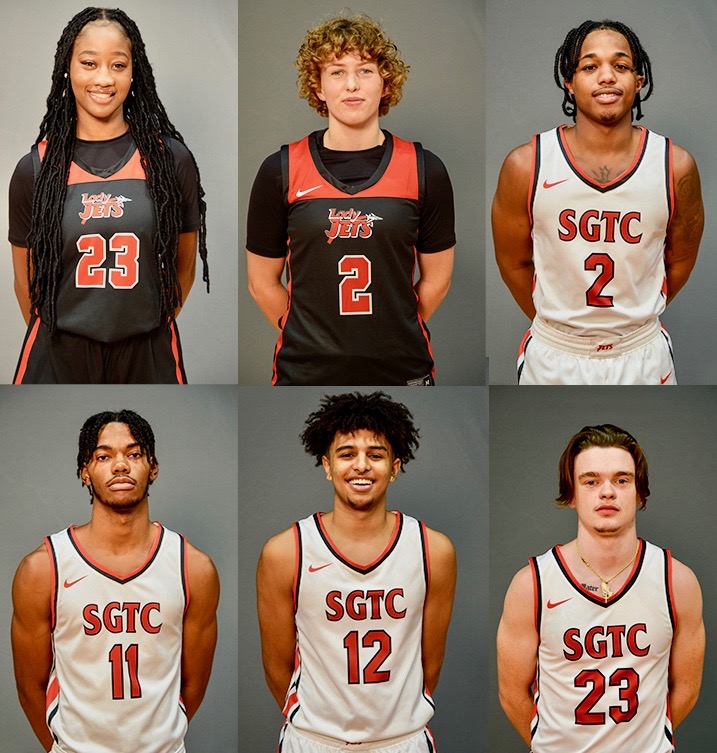 AMERICUS – The South Georgia Technical College Jets and Lady Jets both cracked the National Junior College Athletic Association (NJCAA) first Division 1 Men’s and Women’s 2022 -2023 national basketball poll.  The Lady Jets were ranked 5th in the pre-season poll but are still 12th this week after a tough opening game loss to the 16th ranked Gulf Coast Lady Commodores.  The Jets broke into the men’s poll at 25th.

“It was a very tough way to open the season,” said South Georgia Technical College Athletic Director and Lady Jets head coach James Frey after the Lady Jets dropped a 76-61 decision to Gulf Coast in their season opener.  “But we are very pleased that both teams are currently ranked among the top 25 teams in the nation.  It is a testament to the type of program and players that South Georgia Tech puts on the court year in and year out.”

However, Coach Frey also pointed out that now both teams have to deliver against some very tough competition this season.  The Lady Jets take on Central Georgia Tech in a conference game here on Wednesday at 5:30 p.m. and then the Jets host the 20th ranked Eastern Florida State College team at 7:30 p.m. Friday, November 11th in the Jets Classic Tournament.  They will also face Chattahoochee Valley Community College at 5:30 p.m. on Saturday, November 12th.  The Lady Jets host Andrew College at 1 p.m. Saturday as well.

In addition to the national ranking by both SGTC teams, the Jets and Lady Jets had several individual players spotlighted for their performances on the court this season.  Sophomore center Fanta Gassama from Mataro, Spain, and sophomore guard Loes Rozing from Helloo, Netherlands, were both featured for the Lady Jets, who are now 2 – 1 on the season.

Sophomores Bryce Turner and Semaj Henderson as well as freshmen Deonte Williams and Justin Evans were singled out for their individual performances in the Jets 1 – 0 start this season.

Gassama, the 6’ 1” center, was listed as the 13th best rebounder in the NJCAA after one week with 32 total rebounds in three games.  She is averaging 7.7 defensive rebounds per game which had her listed as 29th in the nation.  Overall, Gassama is averaging 10.7 rebounds per game.  That is the 34th best in the NJCAA.  Loes Rozing, a sophomore guard, is tied for 39th in the nation in assists with an average of 4.7 per game.

Freshman guard Deonte Williams from Sydney, Australia, was tied for first place in the field goal percentage rankings.  He was four of four in the opening game with a perfect 100% shooting performance.

Sophomore forward Bryce Turner from Jacksonville, FL is currently ranked 20th total rebounds per game.  He is averaging 11.0 after one game.  Sophomore guard Semaj Henderson from Chicago, IL, was the other Jet in the national rankings this week.  He is tied for 34th place assists per game with 6.