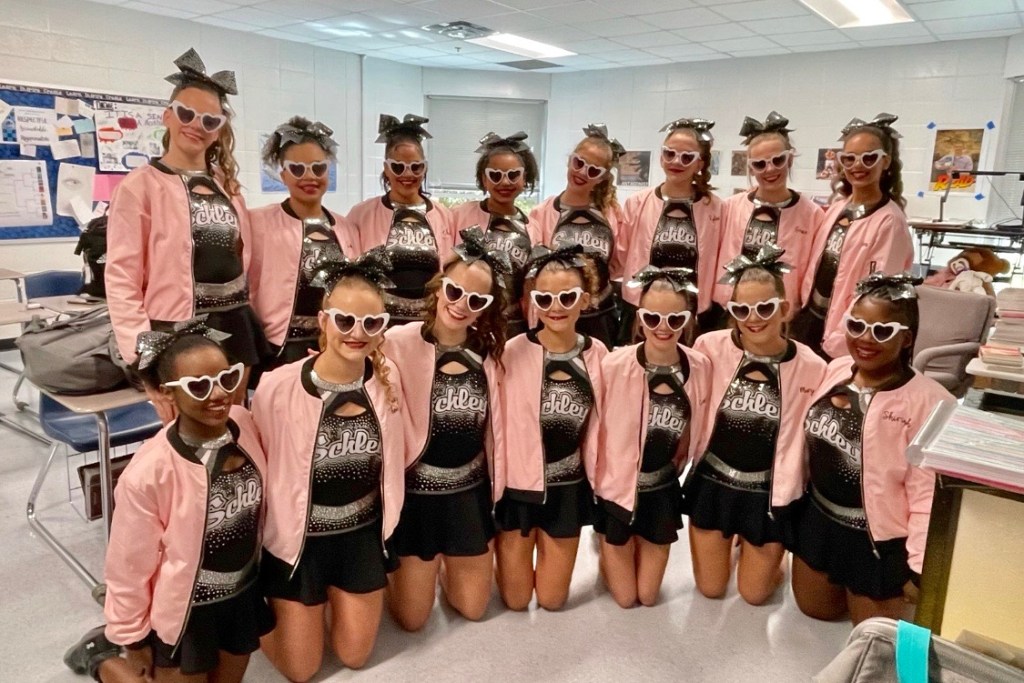 MACON – The Schley County competition cheer team ended its season this weekend in Macon placing 11th in the GHSA Class A Division 2 State Competition at the Macon Centerplex on Saturday, November 12.

This has been a very successful season for the Cheer Cats. Their routine theme was Grease and featured many fun and popular songs from the movie. It was definitely a fan favorite! They competed in five regular season competitions and scored the highest score in Schley County program history. This team was also won the area championship, taking home individual medals and the championship trophy.

The Cheer Cats began their season the first week of summer, where they attended camps and clinics, as well as worked tumbling skills. They put in hours of practice each week throughout the summer, giving up opportunities many of their classmates enjoyed. Once school started, they worked three to four days a week to perfect their routines and continued adding a degree of difficulty to improve their score.

The last two weeks of their season was difficult, as strep throat and the flu ran rampant through the team. However, that didn’t stop these Pink Ladies from ending the season with a performance to be proud of.