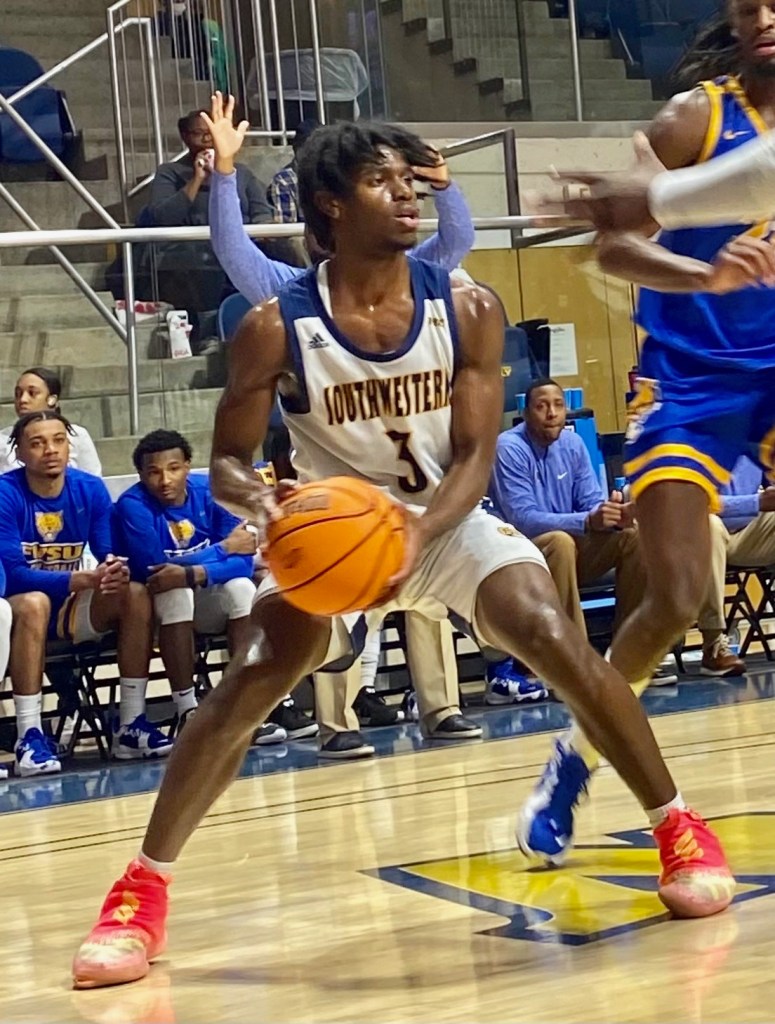 GSW sophomore guard Jarrett Adderton led the Hurricanes in scoring with 21 points in their 72-52 victory over Fort Valley State. Photo by Ken Gustafson

AMERICUS – During the first 20 minutes of the men’s basketball game between Georgia Southwestern State (GSW) and Fort Valley State (FVS), it was a hotly-contested affair, but in the second half, the Hurricanes increased their intensity on the defensive end of the floor. They held the Wildcats to 26.7 percent shooting and shot 51.9 percent from the field in the second half. That combination of defensive pressure and offensive efficiency led GSW to go on a 30-16 run during the latter minutes of the game and it propelled the Hurricanes to a 72-52 victory over FVS on Wednesday, November 16 at the Storm Dome.

With the win, the Hurricanes improve to 2-1 on the season.

“Anytime that we can protect home floor and we make shots, that’s always a good night,” GSW Head Coach Aaron Coombs said. “I’m really proud of our defensive effort. I was just telling my assistant that we held them (FVS) to 30 percent shooting for the game. As the coach of this program, that’s what I want to see.” 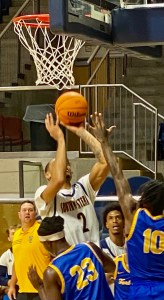 Coombs was also pleased with the fact that eight GSW players got into the scoring column. “That’s the way basketball should be played,” Coombs said. “When we play like that, it leads to more open shots. It leads to easier shots and it leads to a higher percentage. I don’t think we’re ever going to have a guy that just dominates the scoring total night in and night out, but we’re kind of like strength through numbers. It was good for the guys that checked in and played significant minutes to contribute. I’m really happy for Jarrett Adderton because I know he’s been struggling with his shot. He hasn’t started the year off the way he wanted to, but you know, 4 for 7 from three, 90 percent from the free throw line, that’s what we need him to be for us.”

Adderton, a sophomore guard from Thomaston, GA, led the Hurricanes in scoring with 21 points and sophomore guard Lars Nilsen poured in 14 points on 5 of 7 shooting, including four three-pointers. Senior guard Devon Higgs chipped in nine points, senior guard Brian Tolefree scored eight and junior forward Jerroda Briscoe chipped in seven for the Hurricanes in the winning cause. 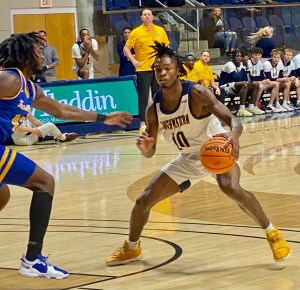 It was a tightly contested, back-and forth affair between both teams throughout the first half, but with 7:41 to go before halftime, the Wildcats took a 21-15 lead on two free throws by Pierre Mitchell. However, the Hurricanes were able to cut their deficit to three points with 6:44 to go on a three-pointer from Tolefree. Shortly thereafter, GSW tied the game at 21-21 on a three-pointer from Nilsen. 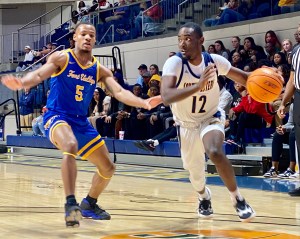 With a little over three minutes left before the half, FVS capped off a 5-0 run when K.J. Doucet nailed a three-pointer to give the Wildcats a 26-21 lead, but Devon Higgs was able to cut the GSW deficit to 26-24 when he scored, was fouled and completed the three-point play on a made free throw.

With 2:47 to go, Adderton was fouled in the act of shooting and made both free throws to tie the game. Shortly thereafter, the Hurricanes completed a 7-0 run when Jordan Clark drove the lane and scored to give GSW a 28-26 lead. Over the final minute and a half before the break, the Hurricanes continued to seize momentum and went on a 5-2 run to close out the first half with a 33-28 lead.

However, over the first three minutes of the second half, the Wildcats went on a 5-2 run before Tolefree drilled another three-pointer to put the Hurricanes up 38-33 before timeout was called at the 16:51 mark.

Out of the timeout, GSW went on another run that was capped off with another three-pointer from Nilsen, giving the Hurricanes a 44-37 lead. During this period of the game, FVS went cold from the field thanks to the Hurricanes’ defense and it allowed GSW to build its lead to as much as 10 with under 13 minutes to go. 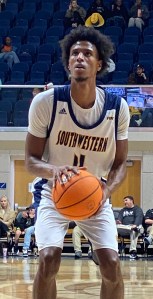 However, the Wildcats stayed within striking distance and went on a run that was capped off with a slam dunk from Joe Williams with a little less than 12 minutes to go, making the score 47-41 in favor of GSW.

After timeout was called with 11:34 to go, Nilsen buried another three-pointer to increase the GSW lead to 50-41. Over the next few minutes, both teams traded baskets, but the Hurricanes took a 59-47 lead on a layup by Tolefree with about six minutes to go. Shortly thereafter, Jerroda Briscoe put GSW up by 14 with a jumper before timeout was called with 5:36 to go in the game.

Over the final five minutes of the contest, the Hurricanes continued to maintain a double-digit lead thanks in part to cold shooting from the field and the foul line by the Wildcats. Around the three-minute mark, Adderton gave the Hurricanes a 68-49 lead on a three-pointer from the corner and GSW would later increase its lead to 70-49 on a basket from Briscoe. This prompted Coombs to call a timeout with 1:58 to play to empty his bench and GSW would go on to defeat FVS 72-52.

K.J. Doucet led the Wildcats in scoring with 18 points in the losing cause.

The Hurricanes will now focus their attention on their next opponent, the Golden Bears of Clinton College, whom they will host on Monday, November 21 at 7:30 p.m.