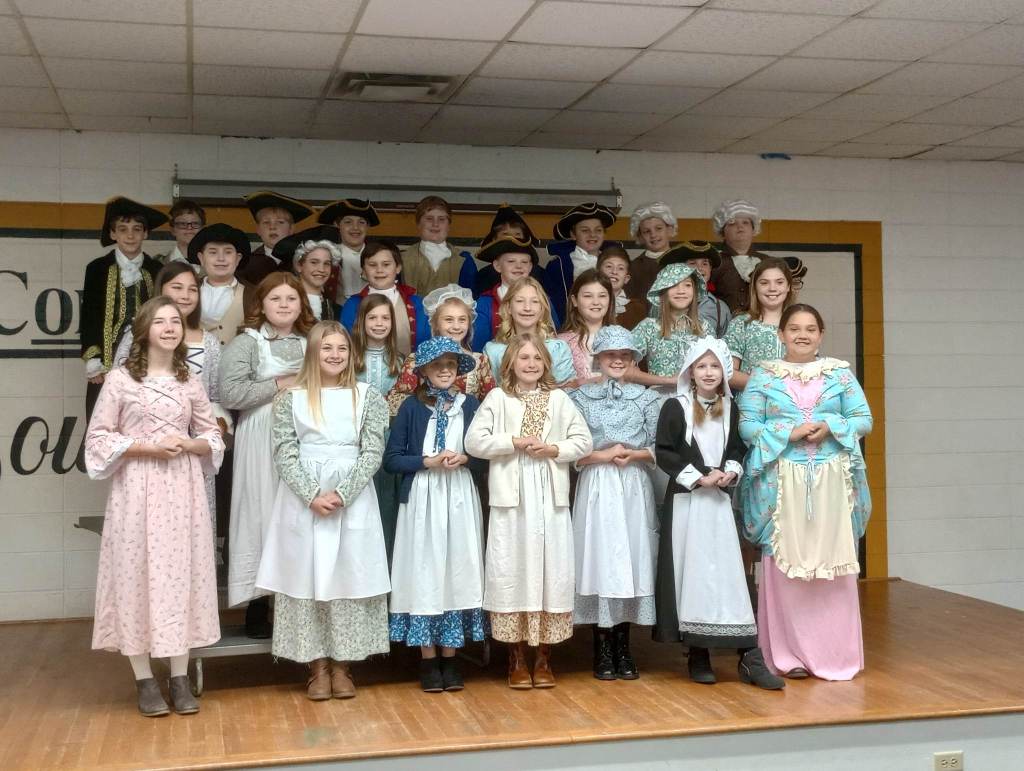 For about a decade Southland has dedicated a fifth graders’ nine-week period to giving the students an in-depth understanding and appreciation for our country’s fight for independence. The Colonial Dames partnered with Southland so each fifth grader can learn “Why America is Free.” Mrs. Waddell and Mrs. Hudgins are the lead teachers on the project and take a special interest in helping the students understand exactly what was at stake for our nation as the Continental Army and their supporters committed to their mission to form the United States of America. As the Lower School Director, Laura Kinslow states, “The purpose is to teach the students about how America was founded and give them a respect and appreciation for what our forefathers have already done—to teach them about the history of America. We are a diverse county, but everyone has this story of our origin in common.” After their specialized history lessons, the education culminates in an immersive experience for the children. In 2022, that experience took place on November 17.

The students get to experience what days are like in the winter of 1778 as soldiers are encamped at Valley Forge. They get to experience what children their age experienced during this time. According to Laura, the purpose is to give the students an opportunity to “to live history so it becomes more personal. They take what they have learned—the respect for America—and move forward as adults with this appreciation.” The winter months of 1778 are dire. There are soldiers, but also women who serve as nurses, cooks and general support in the camp. Martha Washington has joined her husband, General George Washington. The American Army is struggling mightily. Over 100 soldiers are dying a week—not from battle wounds, but from starvation, disease and gangrene secondary to frozen limbs. The fifth graders learn that many of them have fathers, brother, uncles and cousins who are actively involved in the effort. They come to realize the danger isn’t limited to soldiers, as daily they will face attacks on their homes and families. Some may even serve in the local militia in an effort to protect themselves at home. It is a very frightening time, a time that should be understood and appreciated by every person blessed enough to live in the United States of America.

The students will have a packed day, dressed up much as children their own age would be dressed. The students will get to experience the “Lady of Refinement” classes, School Master classes, glass blowing, candle making, crafts indigenous to the times such as making dolls out of handkerchiefs and drums with cotton. The events continue as they make candles, partake in a dance, dine and play games. 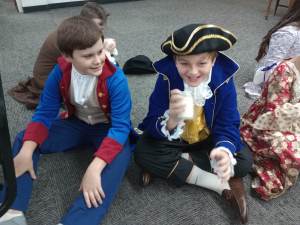 Leann Miller and Leslie Crawford are this year’s coordinators. There are at least 30 volunteers involved in making the day happen. There are many community neighbors who help as well. But it is all done within the context of a history lesson. As an example, the Lady of Refinement serves the “young misses” much in the way a modern cotillion teacher would.

During the time with the Lady of Refinement, the young girls will learn why their families invested the money for them to procure the skills taught. They will practice their skills as they work on their posture, taking tea, beautiful handwriting, and finally sewing. The conversation over tea is about the war, the emotional and financial cost they are paying, and the times they are battling. The sewing is actually a war effort to clothe our soldiers, as Martha Washington has sent a letter home describing the scene.

According to Mrs. Washington’s letter, the soldiers depend upon a night watchman in the cruel winter months. However, none of the men have coats, half of the men have no blanket and a third of them have no shoes. The Lady of Refinement lets the young ladies know there are blood tracks in the snow due to soldier’s feet cracking in the freezing weather. There is also talk of what it must be like for a small army to go up against the strongest in the world. There is excitement that General Washington is calling the new county the United States of America. There is wonder as they consider what it will be like if General Washington and his soldiers are actually successful in this seemingly impossible task. And it feels very much impossible.

The Lady of Refinement, although living in the 21st century and playing this role for many years, has yet to get through telling of these conditions without crying. It is in the middle of understanding all of this the students are reminded of the fact they are citizens of this country because great men and women turned into warriors to unite and fight over an idea. There is a little glimpse of a miracle realized on each of the students’ face. In understanding this, they are literally standing on sacred ground. This. This is the stuff of education. This is the stuff worthy of being carried into adulthood. Southland often speaks of honor. For the last nine weeks, they have been honoring one thing every citizen of this country has as foundation, whether they know it or not—a desire, an idea, a battle to win and an adventure to live. 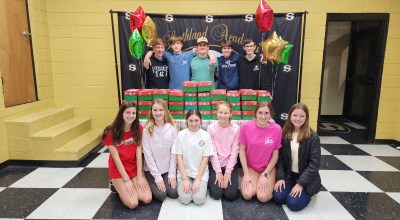 Southland’s Class of 2026 making a global impact for Christ