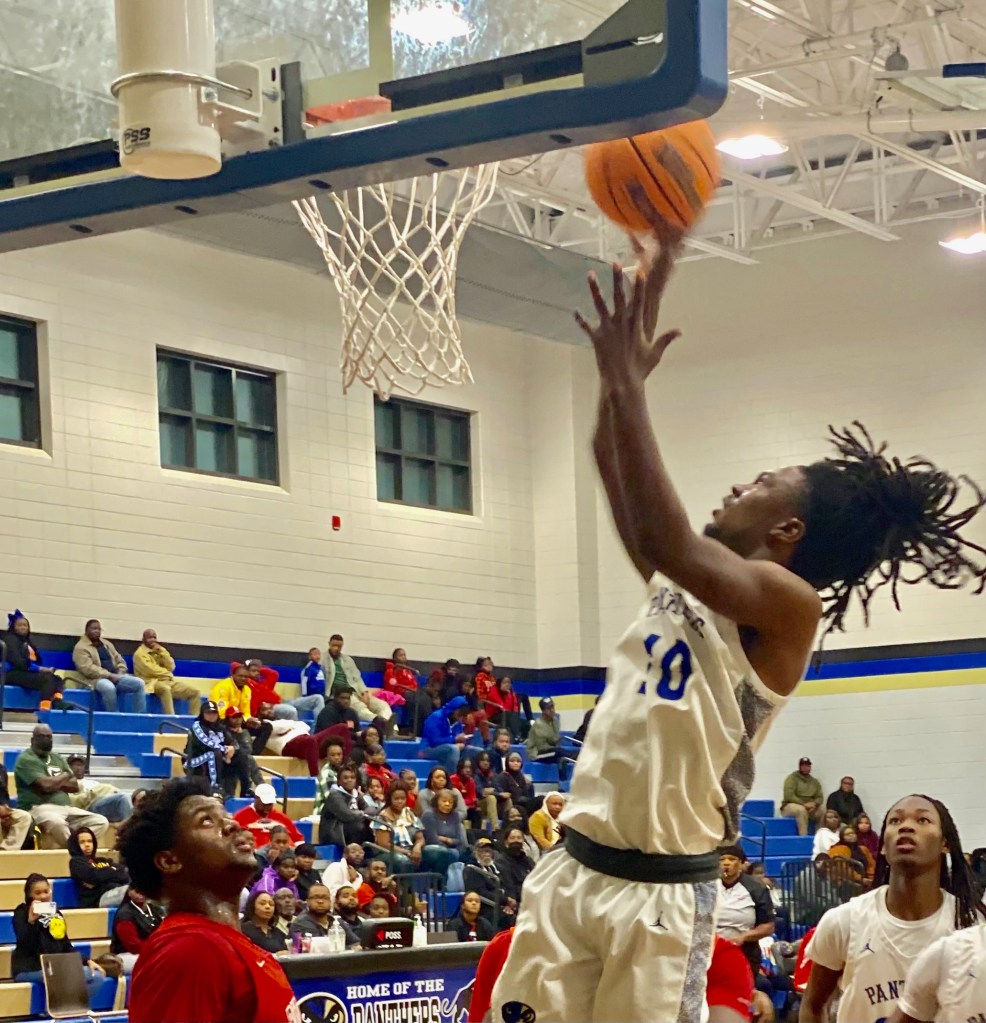 Sumter County senior forward Traveon Lamar goes up to score against Randolph-Clay. Lamar scored a total of six points in the Panthers. Photo by Ken Gustafson

AMERICUS – The Sumter County High School boys basketball team (SCHS) got the 2022-23 season off to a good start with a 51-35 victory over the Red Devils of Randolph-Clay (RC) on Thursday, November 17 at the Panther Den. The Panthers did it the way they’ve done it for the past several years. They used their high-pressure defense to create their offense by forcing turnovers and scoring points off turnovers. Though they got off to a slow start in the first quarter, the Panthers found their energy in the second quarter and went on a 7-0 run that would eventually give them a double-digit lead, which they were able to maintain for the rest of the contest.

“We came out a little shaky. Some of the guys had a little jitters, but they did pick it up in the second quarter and we looked like the old Panthers,” SCHS Head Coach Johnny Genwright said. “In the second half, we came out and we got in foul trouble. The refs called a lot of fouls and it kind of slowed the game down.” Genwright went on to say that while he was pleased with the victory, his club has much work to do, particularly in rebounding. “We got out rebounded. We didn’t box out, so there are things that we’ve got to work on. It’s the first game, so we’ve just got to tighten up and get things together,” Genwright said. 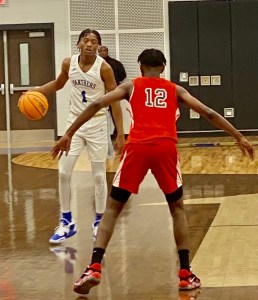 Sumter County senior guard Brandon Pope led the Panthers in scoring with 16 points in their win over Randolph-Clay.
Photo by Ken Gustafson

The Panthers jumped out to a 5-0 lead on a three-pointer from Evans and a basket from senior center Canaan Jackson. However, both teams struggled offensively for the remainder of first quarter and the Panthers only led 8-4 by the quarter’s end.

Over the first two minutes of the second quarter, the Panthers went on a 6-2 run that was capped off by a fast break basket from Evans. However, the Red Devils stayed within striking distance as Adrian Price drilled a three-pointer to cut the SCHS lead to 14-9.

However, as the second quarter continued, the Panthers continued to use their defensive pressure to force turnovers and scored points off those turnovers. As a result, they went on a 7-0 run that was capped off with a three-pointer by Evans from the corner, prompting RC to call a timeout with four minutes remaining in the half. It was that 7-0 run in the second quarter by SCHS that ended up being the turning point of the game. 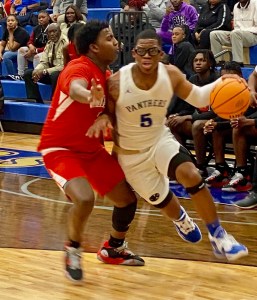 Out of the timeout, SCHS kept up the pressure and got another turnover and basket when Pope got a steal and electrified the crowd with a one-handed slam-dunk. Over the remaining three minutes of the half, the Panthers continued to maintain control of the game and got another fast break dunk from Pope with less than a minute to play. By halftime, the Panthers were in total control with a 30-13 lead.

Throughout the second half, the Panthers continued to maintain control and did not allow the Red Devils to gain any significant ground, though SCHS did have some players in foul trouble. The Red Devils were able to cut the Panthers’ lead down to 12 with a little over three minutes left to play in the game, but it would be as close as they would get and SCHS would go on to win by the score of 51-35.

RC was led in scoring by Adrian Price, who had 15 points.

The Panthers will not have long to think about their season-opening win, as they will host a very familiar foe in Westover at the Panther Den on Friday, November 18 at 7:30 p.m.