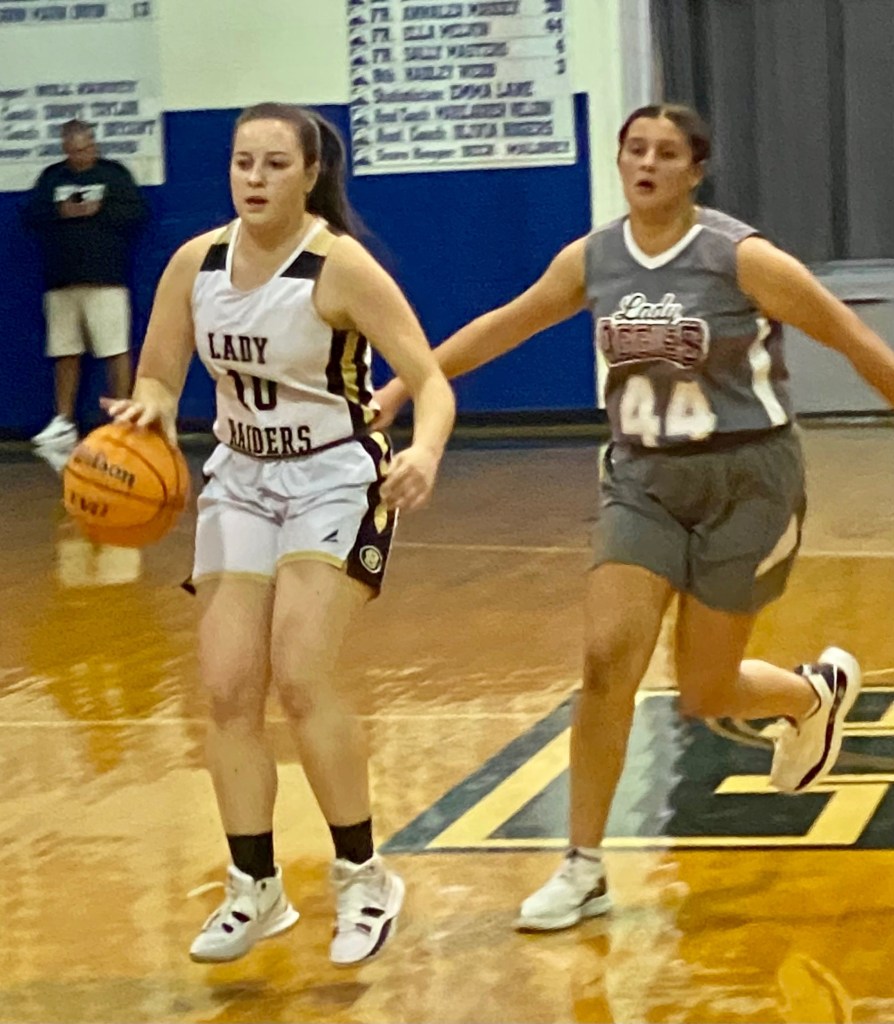 DAWSON, GA – The Southland Academy Lady Raider Basketball Team (SAR) made a resounding statement to start its season. The Lady Raiders used their defensive pressure and hot shooting from the field to jump out to a 23-0 lead in the first quarter and continued that aggressiveness for the remainder of the game en route to a 66-5 rout of SOWEGA Stem Charter School in their first game of the season at the annual Terrell Tip-Off Tournament at Terrell academy on Monday, November 21.

“It always starts with defense. Our defense played well, especially playing on the help side,” SAR Head Coach Eric Israel said. “We were working on ourselves a lot that game and we shot the ball well, which we are going to have to continue to do. It was a good way to start the season.” 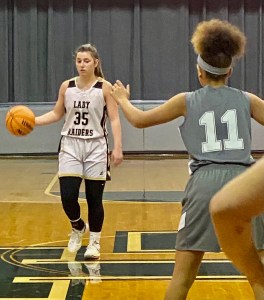 Every player on the SAR roster got in the scoring column in this game. Morgan Weaver led the Lady Raiders with 20 points and made five three-pointers. J.C. Bailey was also in double figures with 12 points, Gracie Burrell had seven and both Anslee Rooks and Ila Johnson each chipped in six in the winning cause.

The Lady Raiders jumped out to a 23-0 lead in the first quarter by using their defensive pressure to force numerous turnovers and cashing in with points at the other end. By the end of the quarter, SAR had a 30-2 lead. For the remainder of the first half, the Lady Raiders continued to play aggressively and had a comfortable 44-2 lead at halftime.

Weaver scored 19 of her game total of 20 points in the first half and hit four three-pointers.

SAR will take on Lakeside Academy from Eufala, AL in their second game of the tournament on Tuesday, November 22 at 2 p.m.