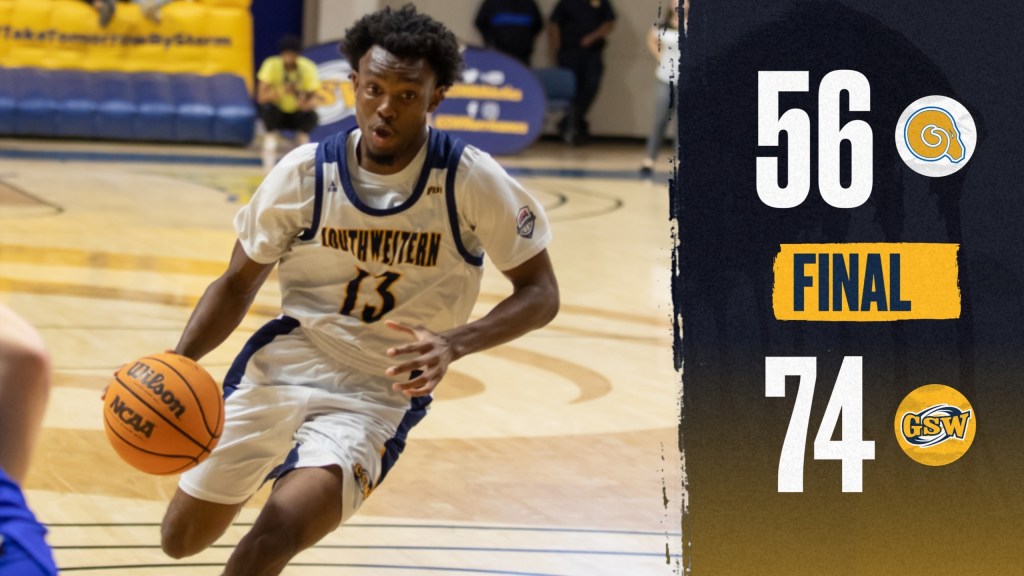 GSW junior guard Jordan Clark (Sarasota, FL) led the Hurricanes in scoring with 20 points in their 74-56 victory over Albany State in the Storm Dome on Wednesday, December 7. Photo by GSW Athletics

AMERICUS – GSW junior guard Jordan Clark poured in 20 points on 6 of 10 shooting to lead the Georgia Southwestern State University men’s basketball team (GSW) to a 74-56 win over Albany State on Wednesday, December 7 at the Storm Dome.

According to GSW Head Coach Aaron Coombs, this was a welcomed victory after several hard days of practice in the wake of a disappointing 74-61 home loss to Limestone University back on Wednesday, November 30.

“I am proud of the fact that we set some game goals. I’m not going to get into what those were publically, but it looks like we met most of them. That’s encouraging as well,” Coombs said. “It has been a long week. We’ve been hard on those kids. We jumped out on them (ASU) early a little bit and then kind of gave it up, but they (GSW) were ready to go. I’ll say that. They were ready to go early. I’m just glad we were able to bounce back and get a win because last week (Limestone) was not a very good performance,” Coombs continued. 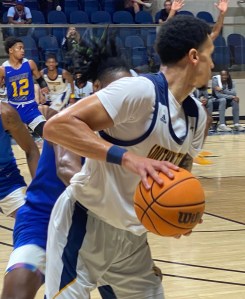 GSW senior guard Brian Tolefree (Lawrence, KS) scored five points, had two rebounds, dished out one assist and had one steal in the Hurricanes’ 74-56 win over Albany State.
Photo by Ken Gustafson

three-pointer from Adderton. The Golden Rams responded with four straight points to claw their way back to within five at 46-41, but GSW responded with a 9-0 run that was capped off by a layup from Briscoe with 11:47 to go in the game. 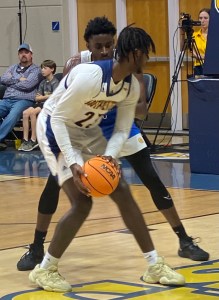 From that point on, the Hurricanes were in total control and did not relinquish their double-digit lead. Instead, they went on an 11-5 run over the next three minutes to take a 66-46 lead. 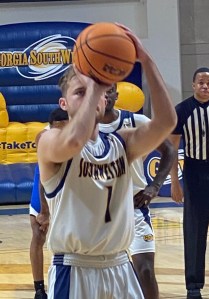 During the remaining eight minutes of the contest, GSW was able to maintain its large lead and went on to win by the score of 74-56. With their home victory over ASU, the Hurricanes have now swept the two-game series, having beaten the Golden Rams 78-57 in Albany back on Wednesday, November 22.