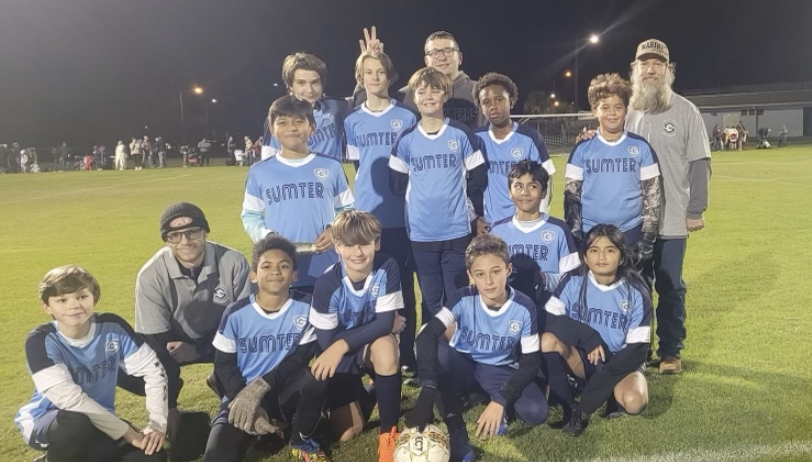 AMERICUS – Millions of people around the world, including many here in the United States, have been watching the FIFA World Cup Soccer Tournament in Qtar, which began a month ago and will have concluded on Sunday, December 18, when Argentina will have taken on France in the finals. As of right now, according to Sumter County Parks and Recreation Director Tim Estes, 139 kids participated in the SCPRD’s recreational soccer program this pas fall, which is one of their lowest participation rates.

However, one man, Corporal Danny Chadd, a former United States Marine, is aiming to make soccer, the “beautiful game”, a popular sport amongst the youth of Sumter County, which would in turn improve the boys and girls programs at Sumter County, Southland Academy and Furlow Charter and provide another positive outlet for the youth of the county.

Corporal Chadd, a native of Riverside, CA, recently moved here to Americus with his wife and kids and coached the Sumter County U12 All-Star Team in the Georgia Recreation and Parks Association (GRPA) District 3 Tournament in Thomasville a couple of weeks ago. The Sumter County team advanced to the quarterfinals of the tournament, defeating Bainbridge 8-2 in its first game before losing to Grady County 7-0. Nevertheless, the Sumter County U11 All-Stars accomplished something that had not been done in quite some time. “There hasn’t been a team in the City of Americus in this age group to do it, from what I heard, in about 40 years,” Chadd said. “Everybody was talking about it and they were really excited when we won our first game. In our second game, we didn’t do so well, so my goals are to really focus on working with the kids with their skills and trying to see if we can build a better program from the ground up.” 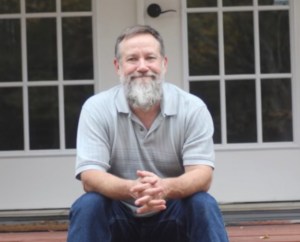 Corporal Danny Chadd, a former United States Marine and native of Riverside, California, is trying to promote the growth of soccer amongst the youth in Americus and Sumter County.
Submitted Photo

Chadd stated that coming from California, where soccer is played year round, he was surprised at the lack of coaching here in Sumter County and the lack of what this area has to offer to the youth in regards to soccer. While in California, Chadd coached football, baseball and wrestling. Once he retired, Chadd decided to come here to Americus where he would do a little bit of gardening and farming, but was asked by a family member to coach their kid’s team. Due to the lack of coaching at a certain age group, Chadd was put into a higher age group. “With soccer, I was really, really blown away with the fact that for these kids, they only have about a two and a half month window to play soccer,” Chadd said. “In California, if you want to play soccer, you can play soccer all year round. A lot of that has to do with the weather, but a lot of that has to do with alternative programs. Even when the weather is not good, there are indoor alternatives. There’s smaller sided soccer. We always had an option. Out here, it just seems like there’s not a whole lot of options,” Chadd continued.

He went on to say that when he and his wife moved here to Americus, their kids moved with them and his daughter, Savannah Chadd, who just graduated from college, got a job teaching at Sumter County Elementary School and was recently named the new head girls’ soccer coach at Sumter County High School.

“When we first came out here, once my daughter got hired on at Sumter County High School as the girls’ coach, they had a summer program and I went over there and assisted with her,” Chadd said. He went on to say that it was during that time that he began to talk with people in the area and noticed that there aren’t a lot of soccer opportunities for the kids. That is something that Chadd aims to change. “We started on our own. There’s no affiliation to the league. I took the roster from my rec team and I took the roster from the All-Star team and we sent out a message to all of them and said, ‘Any of you that want to continue playing, we are continuing to practice’. We’re practicing twice a week, two hours each practice,” Chadd said. “Central Baptist Church has been nice enough to let us use their field and turn the lights on. We’re all able to meet down there.” Chadd went on to say that they will practice twice a week at least until the end of the year. What he would like to do is get enough kids together so that he can take a team into some other counties and do some tournaments and maybe even start a travel team. “It just really depends upon the interests of the parents,” Chadd said. “I’m not asking for money. I’m doing it because I love the sport and, not to pat myself on the back, but I really think that if you’re a decent person, you can make a positive impact on a lot of kids’ lives.”

Having served as a United States Marine, Chadd demands certain things from his players, such as respect, looking a person in the eye when talking to them, as well as physical fitness demands. So far, he’s had about 10 to 16 kids coming out to play soccer. “It’s the beginning of something, which I don’t know yet, but we’ll find out,” Chadd said. “I’m not sure what the Lord has in store for me, but I know that I’m here for a reason and the opportunity is here for me to be able to use some of my talents. Out in California, where I’m from, me, my coach, I’m a dime a dozen. Out here, I mean, you’re a gold mine and I’ll use it to my advantage. I’m young. I’m retired. I have the time to dedicate to the community and to the kids,” Chadd continued.

Chadd would eventually like to form a local club team in the area. “I’m not sure how it all works. If I were back in California, I would know exactly the avenues I need to take,” Chadd said. “Right now, I’m starting with do we have enough interest. Do we have enough kids that are going to commit to it? If I do, then I will start stretching out and see where we fit in. We will get into a couple of tournaments and then I can either look at the option of starting my own club, or becoming a part of another club in the area.”

Chadd has recently been hired as an assistant coach for the Southland Academy girls’ soccer team and is hopeful that the school will eventually add a boys program or an elementary program when the kids are younger.

As far as his ultimate goal regarding soccer, Chadd stated that he would like to see Americus and Sumter County raise the bar in offering more for soccer for the kids. “Right now, as it is, once the kids hit 12 years old for Sumter County, there’s nothing else for them to do in soccer because right now, from what I’m being told, there wasn’t enough participation for 13, 14, 15-year-olds on up to develop teams,” Chadd said. “My goal would be to get more coaches that are able to volunteer so we can bring in more kids to play the game. Me and my kids, we’re going to probably branch off and take a couple of different teams this year instead of coaching together so we can start on our own,” Chadd continued.

Chadd went on to say that he would like to see kids from ages six to 18 in Sumter County have somewhere to play and somewhere to go if they want to play soccer.

“In California, there are two full seasons. I know there are other cities here and other counties that have two full soccer seasons,” Chadd said. “It would be nice to offer two soccer seasons from Sumter County. On the side of that, there are small-sided options: three v three, which is about the size of a basketball court.”

Chadd also mentioned that he wants the kids to have a memorable experience playing soccer no matter what place his teams come in. “We took pictures of the kids. We had a big team party. We did goody bags. We did MVP awards, had a big party at my house,” Chadd said. “Again, it’s for the experience because 95 percent of them won’t play even beyond high school. So what we are doing is building memories for them.” Chadd also stated that twice during his team’s season, they had scrimmage games in which the parents and coaches would play against the kids. This experience prompted one of the parents to suggest to Chadd that there should be some sort of soccer opportunity for adults as well.

Chadd added that he sent a message to the SCPRD stating that he has ideas for how soccer can grow amongst the youth in the county, but he also stated that it is up to them as to whether they want soccer to grow or not. He stated that he would like to conduct coaching clinics for volunteer coaches who have never played soccer before.

“To coach a four and five-year old team, I have to have a license in California that shows that I know how to hold a practice, that I’ve actually held practices,” Chadd said. He also reiterated that there is a drastic difference between 10-year olds in California who play rec soccer and the 10-year olds who play rec soccer here. “It’s not anyone’s fault besides the fact that they don’t have everything in front of them like the kids in California do,” Chadd said. “The kids that are with me right now, they’re going to make a difference and people are going to see them and they’re going to ask them ‘What have you been doing?’ It’s going to catch on. It would be really nice to find an empty building that we could actually do some indoor soccer training and not have to worry about if it’s 105 with the heat index and all that stuff, but we’ll see. I’ve got big dreams. It’s just a matter of where they go and how much time we have,” Chadd continued.