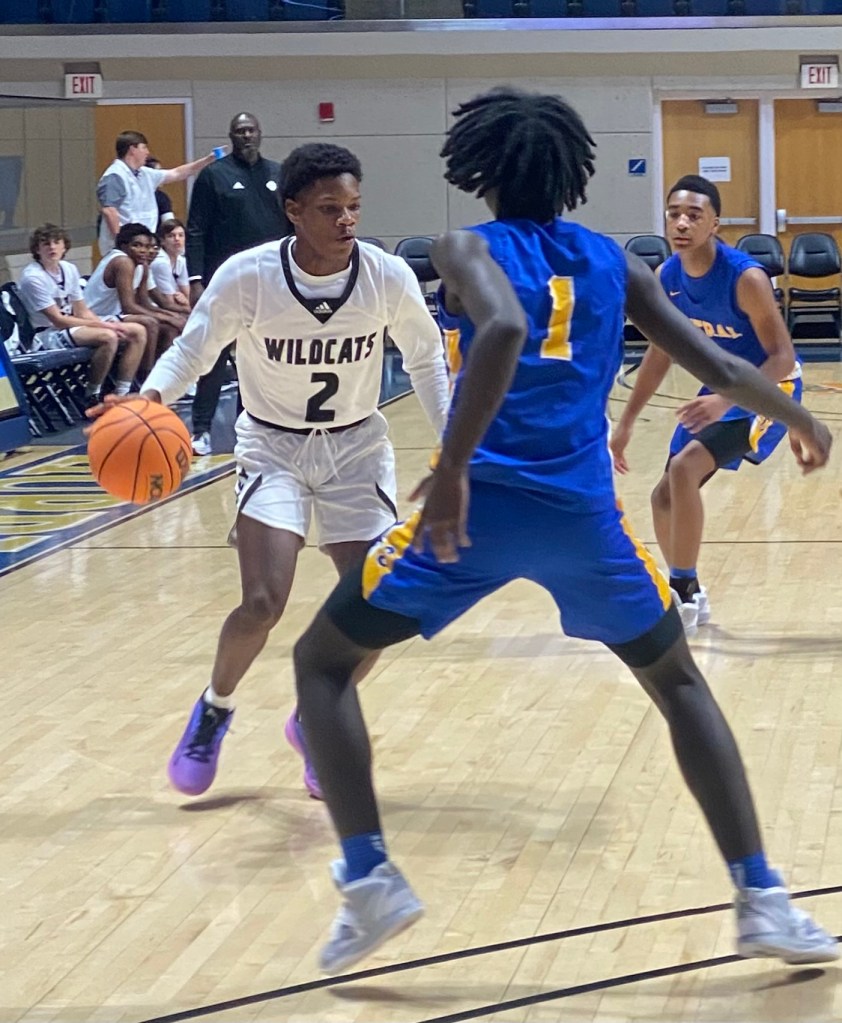 AMERICUS – After earning their first win of the season, a 49-44 victory at Marion County on Tuesday, December 13, the Schley County High School Boys’ Basketball Team (SCHS) went into its two-game stint against Chattahoochee County (CHATTCO) and Central Talbotton (CT) this past weekend with hopes of a two-game sweep and a good start to region play. However, turnovers and an inability to score proved to be costly for SCHS in both games. The Wildcats (1-3) were drubbed by CHATTCO 67-27 on Friday in Cusseta and they dropped their second straight region contest against the CT Hawks by the score of 46-37 at the GSW Storm Dome on Saturday, December 17.

One major factor in the Wildcats’ struggles was the absence of their top two scorers, JaLewis Solomon and Zayden Walker. Both were key contributors to the success of the SCHS football team in its run to the GHSA Class A Division 2 state championship game, but both have yet to compete for the Wildcats on the hardwood. The lack of their presence has created a scoring vacuum for SCHS and the Wildcats are also struggling with persistent turnovers.

“Too many turnovers and not enough scoring,” SCHS Head Coach Ernest Scott said. “We are missing two prominent players and with not having them on the floor and that experience, it’s going to be a struggle. We just don’t have enough scoring out there.” 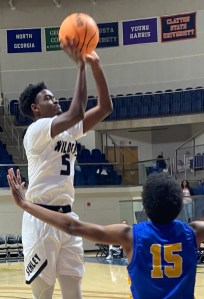 Schley County forward Jordan Hudson led the Wildcats in scoring with 19 points in their 46-37 loss to Central Talbotton.
Photo by Ken Gustafson

In the game at CHATTCO on Friday, Tyrese Cook led the Wildcats in scoring with seven points and Jordan Hudson chipped in six in the losing cause. In the game against the CT Hawks (3-3), Hudson led SCHS with 19 points and Cook chipped in five.

In the early going against CT, the score was knotted up at 5-5 before SCHS guard Javoris Scott drilled a three-pointer with about three minutes left in the first quarter. Over the remaining three minutes, however, the Hawks went on a 6-3 run to tie the score at 11-11 by the end of the quarter.

However, the Hawks responded with a 6-0 run that was capped off by a three-pointer from Semaj Copeland. SCHS put a halt to the run when Hudson hit a jumper, bringing the Wildcats to within two at 19-17. Shortly thereafter, Hudson would tie the game at 19-19 on a fast break layup. Over the final minute of the half, both teams struggled to score and both teams would head into halftime with the score tied at 21-21.

Hudson led the Wildcats with 11 first half points and Copeland also had 11 points to lead the Hawks in first half scoring.

Over the first six minutes of the third quarter, the Wildcats struggled with the half court trap of the Hawks and committed turnovers. This allowed CT to go on an 11-8 run. For the remainder of the quarter, SCHS continued to struggle with turnovers and trailed CT 33-29 with one more quarter to play. 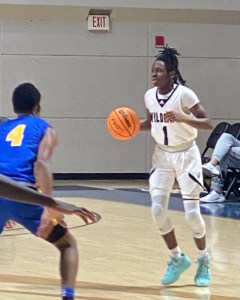 Early in the fourth quarter, the Wildcats broke their scoring drought when Danny Dupree made a pass to Hudson, who was cutting to the basket. Hudson scored and was fouled on the play, but failed to make the free throw for the three-point play. Nevertheless, SCHS only trailed the Hawks 35-31.

However, the Wildcats continued to struggle with taking care of the basketball and it led to a 5-1 run by the Hawks. SCHS was also struggling to score from the field and after two made foul shots by CT’s Jhykevyion Dozier, the Wildcats trailed 42-34 with 1:54 to go in the game.

Over the final two minutes, SCHS tried to make a run, but turnovers and cold shooting from the field continued to be a problem and it eventually led to a 46-37 loss for the Wildcats at the hands of the Hawks.

Copeland led CT in scoring with 19 points and Dozier scored 13 for the Hawks in the winning cause.

After the Christmas Break, the Wildcats will try to put an end to their two-game losing streak when they travel to Shellman, GA on Friday, December 30 to take on the Aggies of the Southwest Georgia STEM Charter School. Tip off is scheduled for 2 p.m.