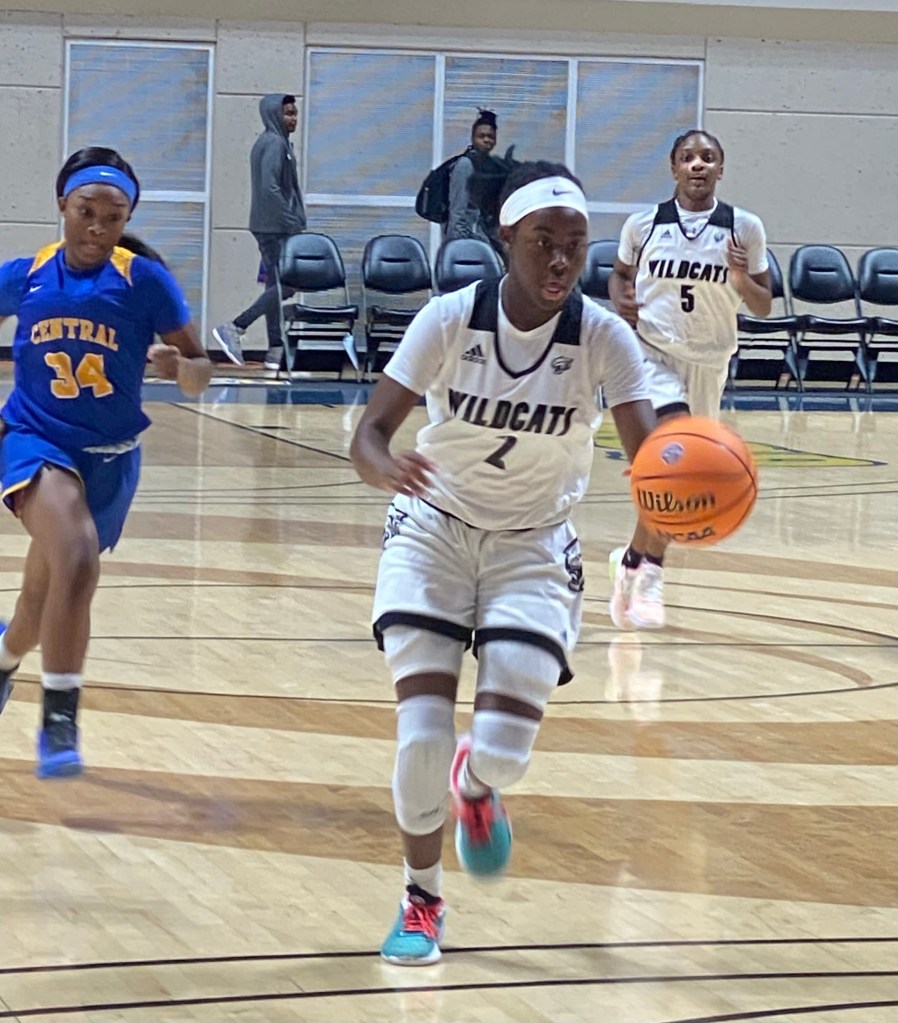 Schley County sophomore point guard Jesstynie Scott heads to the basket for a layup. Scott led the Lady Wildcats with 18 points against Central Talbotton and scored 12 in the win over Chattahoochee County. Photo by Ken Gustafson

AMERICUS – The Schley County Lady Wildcats (SCHS) earned a weekend sweep by defeating Chattahoochee County (CHATTCO) 49-47 in a hard-fought contest in Cusseta on Friday, December 16 and then followed that up with a dominating 51-25 win over Central Talbotton in the GSW Storm Dome on Saturday, December 17.

The two-game sweep keeps the Lady Wildcats undefeated at 6-0.

“It has been a whirlwind. We knew going in that CHATTCO last year, they were so athletic. They were improving and even this year, we saw that they played Taylor County really close and actually kind of blew a lead there, so we knew it was going to be a really hard-fought match,” SCHS Head Coach Brent Moore said. “We knew that we had to play a good game and that it would be and that it would kind of be back and forth and that’s exactly what it was. We played well down at the end and we were very, very happy to get that win. Then to turn it around quickly, we had a tough region road game and then come back and play on a college court. It’s longer. We’re tired. We really challenged our girls’ effort and challenged their mental ability. We came out and I think we were up 14-0 to start the game. That kind of set the tone that, you know, maybe we are maturing as a basketball team because we play three sophomores. We play two or three juniors and we do have three seniors that round out our lineup, but we are a young team. The more competitive games and big games we can be in, the better, so I’m really proud of how we turned around from our hard-fought region road game to come out here and play on a college court. We were tired, but we responded well,” Moore continued. 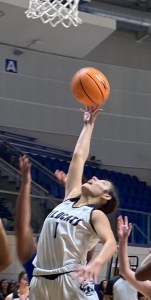 In the victory over CHATTCO on Friday, SCHS junior guard Lily Walker led the Lady Wildcats in scoring with 13 points and both sophomores Kalli Bishop and Jesstynie Scott each poured in 12 points in the winning cause.

On Saturday, December 17, the scene shifted to the Storm Dome at Georgia Southwestern State University, where the Lady Wildcats took on the Lady Hawks of Central Talbotton. In this contest, it didn’t take long for SCHS to grab total control of the game. The Lady Wildcats jumped out to an 18-0 lead in the first quarter by using their defensive pressure to force turnovers and turning those turnovers into points. CT did not get on the scoreboard until Shakierra Carter made two free throws with 1:13 left in the first quarter. 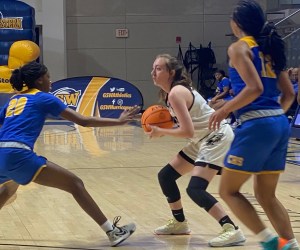 The SCHS onslaught continued for the remainder of the first half, as the Lady Wildcats continued to stifle the CT offense with their defense. By halftime, SCHS had a 24-9 lead.

In the third quarter, the Lady Wildcats picked up where they left off by going on a 9-4 run that was capped off by a three-point play from Bishop. Over the remaining minutes of the game, SCHS continued to dominate and went on to win by the score of 51-25. 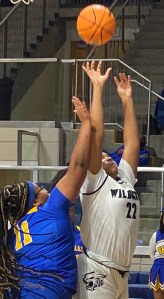 Schley County senior forward Kalli Bishop scored eight points for the Lady Wildcats in the win over Central Talbotton and scored 12 in the win over Chattahoochee County.
Photo by Ken Gustafson

Scott led all scorers with 18 points and Georgia Eberhardt, Kalli Bishop and Lily Walker each scored eight points in the winning cause. Emma Walker chipped in seven points and Payton Goodin scored two points to round out the Lady Wildcats’ scoring.

After the Christmas Break, SCHS will try to make it seven straight victories to start the season when the Lady Wildcats travel to Shellman, GA to take on the Lady Aggies of the Southwest Georgia STEM Charter School on Thursday, December 30. Tip off is scheduled for 3 p.m.