Lady Raiders improve to 9-0 with win over Lakeside 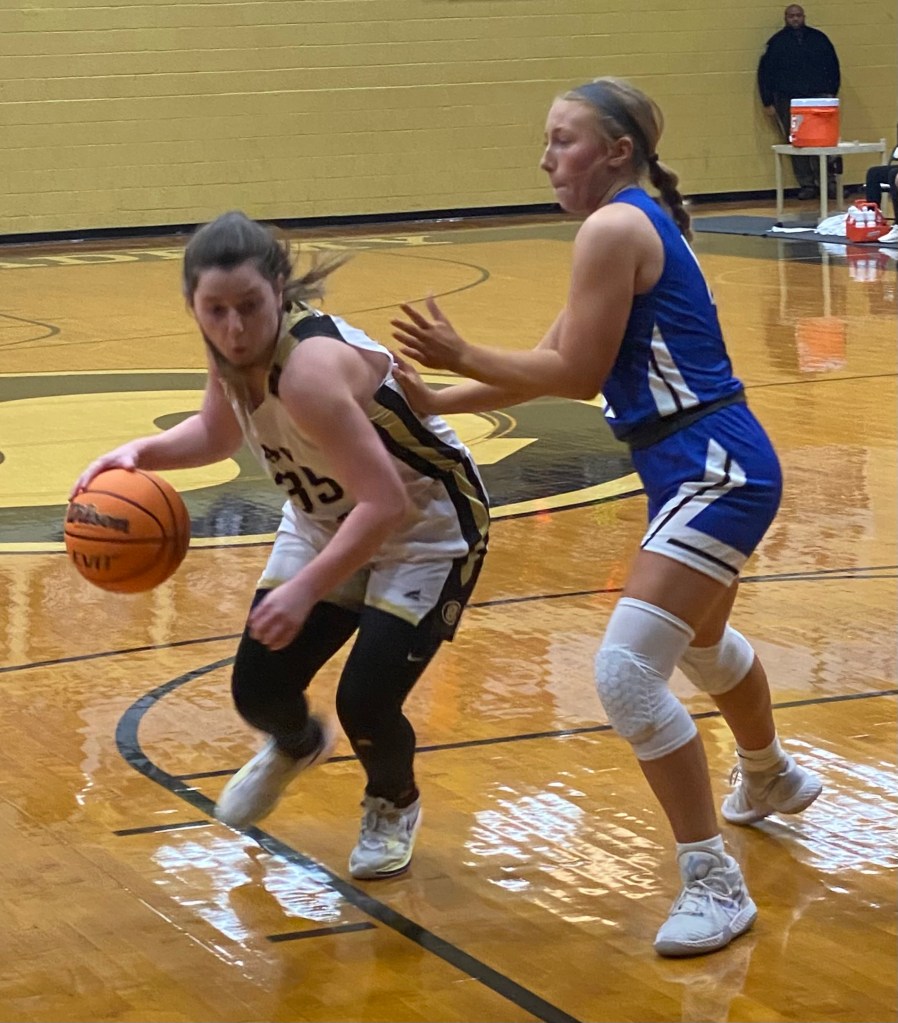 AMERICUS – The Southland Academy Lady Raiders (SAR) are off to one of their best starts in school history. They improved to 9-0 on Tuesday afternoon, December 20 when they defeated the Lady Chiefs of the Lakeside School (LS) from Eufala, AL by the score of 50-30 at the Melvin Kinslow Gymnasium on the Southland campus. They did it by doing what they normally do best: turning up their defensive pressure to create their offense.

“We had a slow start offensively, but we held them to, I think, two points in the first quarter,” SAR Head Coach Eric Israel said. “That kept us in it and it was really just a great defensive effort the entire night. That’s Lady Raider Basketball.” 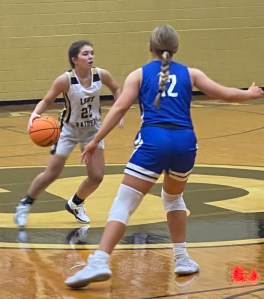 In addition to those scorers, both Mary Ramsey Collins and Sophia Blankenship each made a free throw to round out the SAR scoring.

Both teams got off to a very slow start and the Lady Raiders didn’t score their first points of the game until the 4:13 mark of the first quarter when Mitchell drove to the basket and scored, tying the game at 2-2. 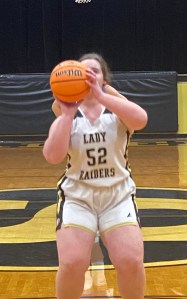 SAR junior center Sophia Blankenship is seen here shooting foul shots. She made one free throw in the win over Lakeside.
Photo by Ken Gustafson

Shortly thereafter, SAR went on a 4-0 run and would later turn it into an 11-0 run when Mitchell scored five straight points, including a three-pointer.

Over the next few minutes of the first half, the pace picked up and the Lady Raiders used their defense to limit the offense of LS. As a result, they were able to extend their lead and went up 23-7 on a basket by Anslee Rooks. Over the final minute of the first half, both teams traded baskets, but Mitchell sent the Lady Raiders into halftime with a 29-11 lead when she knocked down a three-pointer at the buzzer.

For much of the third quarter, both teams traded baskets, but Mitchell gave SAR a 36-16 lead on a jump shot with a little over a minute to play in the quarter. 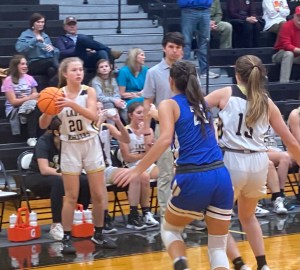 During the remaining minutes of the game, the Lady Raiders continued to play solid defense and they used it to generate their offense at the other end. With a little over two minutes to go in the contest, SAR was in total control and would go on to defeat the Lady Chiefs 50-30. 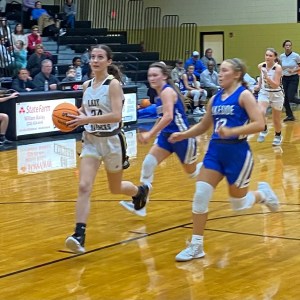 SAR shooting guard Landry Hart drives to the basket for a layup. Hart scored two points in the win over Lakeside.
Photo by Ken Gustafson

Once 2023 starts, the Lady Raiders will begin the new year with a home game against Southwest Georgia Academy on Thursday, January 5 at 6:15 p.m. before heading down to Valdosta on Friday, January 6 for their first GIAA Region 3-AAA contest at Valwood. Tip off for that game is also scheduled for 6:15 p.m.