Raiders’ slow start too much to overcome against Lee-Scott Academy 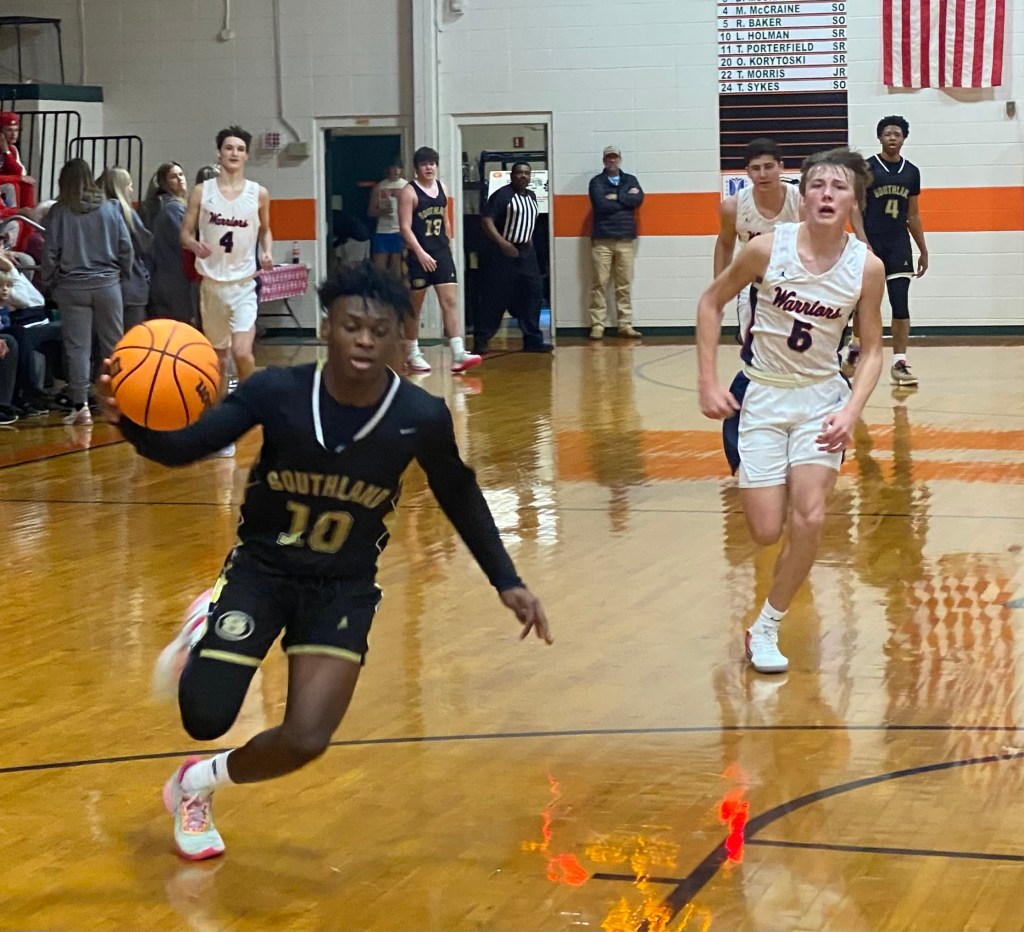 Southland Academy senior point guard Cedric Smith drives to the basket for a layup. Smith led the Raiders in scoring with 18 points in their 73-61 loss to Lee-Scott Academy at the Border Wars tournament in Smiths Station, AL. Photo by Ken Gustafson

SMITHS STATION, AL – On Tuesday, December 27, the Southland Academy Raiders (SAR) were hoping to exact revenge against the Warriors of Lee-Scott Academy (LSA). Back on December 19, SAR fell to the Warriors 58-55 in Americus and the Raiders would face LSA again in their first game of the annual Border Wars tournament at the Glenwood School in Smiths Station, AL. Unfortunately for the Raiders, they got off to a slow start and struggled to score against the tenacious defensive pressure of LSA. This factor, among others, led to LSA establishing a double-digit lead for most of the game and it was a deficit the Raiders could not overcome, as they ended up losing to the Warriors 73-61.

With the loss, the Raiders fall to 6-3 on the season, while the Warriors stay undefeated at 13-0.

Cedric Smith led the Raiders in scoring with 18 points and Perry Usher chipped in 11. Michael Terry was also in double figures with 10 points and Banks Simmons had seven in the losing cause.

The Raiders struggled with LSA’s full-court pressure early and fell behind 10-0 in the first quarter, but rallied by going on a 10-2 run that was capped off by a three-pointer from Luke Exley. 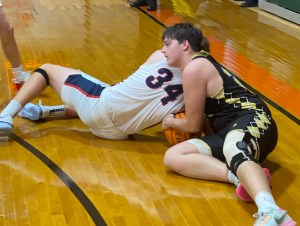 Southland Academy senior forward Luke Exley fights for a loose ball with Joseph Horne of LSA. Exley scored six points in the loss to the Warriors.
Photo by Ken Gustafson

However, SAR hit another cold spell offensively over the first few minutes of the second quarter and LSA took advantage by going on an 8-2 run and taking a 20-12 lead. For the remainder of the first half, the Raiders continued to have to contend with the Warriors’ full court press, which they did for the most part. However, they continued to struggle scoring against the Warriors’ half court defense and LSA was able to make another run to take a 41-23 lead at the half.

Throughout the first half, SAR struggled with LSA’s intense defensive play, which made it difficult for the Raiders to get good outside shots. As far as the Warriors were concerned, they were able to score on the inside, as well as hit outside shots.

Over the first few minutes of the third quarter, things did not get any better for the Raiders, as the Warriors continued to exert their full-court press and stifling defensive pressure. As a result, SAR committed turnovers and fell behind 45-23 with about six minutes left in the quarter. 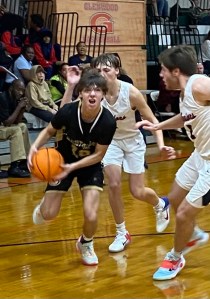 However, during the latter minutes of the third quarter, the Raiders started to fight back and they were able to trim their deficit to 50-36, which prompted a time out by LSA with 3:29 to go. Out of the timeout, SAR was able to get a steal and a fast break basket from Cedric Smith and it appeared that momentum was shifting SAR’s way. The Raiders, who were at one time down by as much as 23, had trimmed LSA’s lead to 53-40 with one more quarter to play.

Over the first few minutes of the fourth quarter, both teams traded baskets, but with 4:49 to play, Perry Usher drilled a three-pointer from the corner to bring SAR to within 11 at 60-49. A few minutes later, Usher brought SAR to within nine on a three-pointer at 65-56. During this period of the game, the Raiders were implementing a full-court press and they were able to disrupt LSA’s offense and force turnovers.

However, while SAR fought extremely hard during the closing minutes to get back in the game, their deficit was too much to overcome and LSA would go on to defeat the Raiders 73-61.

The Raiders will play their second game of the Border Wars tournament on Wednesday evening, December 28, against the host team; the Glenwood Gators. Tip off is scheduled for 8:15 p.m. EST.