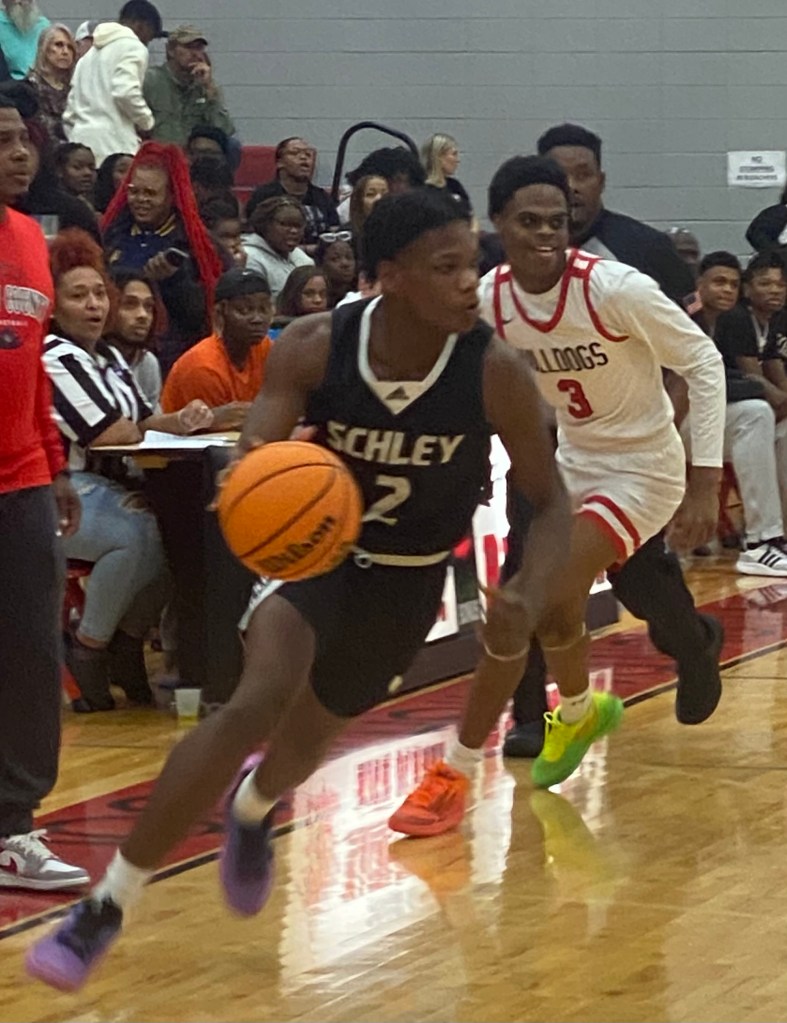 MONTEZUMA – The Schley County Wildcats were hoping to stop their two game losing streak with a win at Macon County (MC) in their first game of 2023 on Tuesday, January 6. However, the Wildcats struggled to score on offense and committed numerous turnovers throughout the contest due to the full court pressure of the Bulldogs. MC jumped out to a 20-2 lead in the first half and it set the tone the rest of the way, as the Wildcats would go on to lose to the Bulldogs in a 59-24 rout.

SCHS has now lost three straight games and is now 1-4 overall, with a Region 6A D2 record of 1-3.

JaLewis Solomon led the Wildcats in scoring with eight points and both Jordan Hudson and Danny Dupree each contributed three points in the losing cause.

Neither team could get things going offensively in the first quarter, but the Wildcats struggled with turnovers and cold shooting and would have fallen further behind had it not been for the inability of the Bulldogs to capitalize on their mistakes. 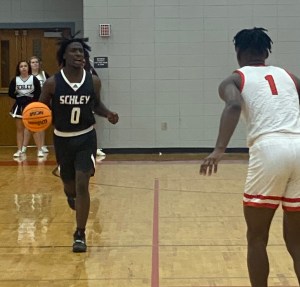 SCHS didn’t score its first basket until Christian Arnett scored with 1:37 to go in the first quarter. However, after Arnett’s basket, the Bulldogs went on a 7-0 run and took an 11-2 lead.

Early in the second quarter, the Bulldogs went on a full court press and they forced several SCHS turnovers. As a result, MC went on an 8-0 run to take a 20-2 lead.

Danny Dupree answered for the Wildcats with a three-pointer, but SCHS continued to struggle offensively for the remainder of the first half. The Wildcats simply could not get shots to fall and did not score again until Solomon drained a three-pointer with a little over two minutes left before halftime. Over the final two minutes of the first half, the Bulldogs went on another big run by using their press to score points off turnovers and led the Wildcats 38-13 at the half. 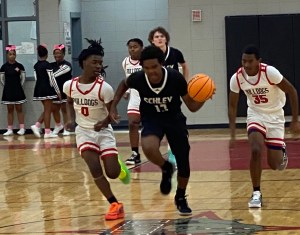 Early in the third quarter, the Wildcats fell further behind when MC’s Eric Rice drilled a three-pointer. That was the beginning of a 12-0 run by the Bulldogs, as the Wildcats continued to struggle on both ends of the court. SCHS didn’t score its first basket of the second half until about the 2:47 mark of the third quarter when Kendall Sims scored on a fast break layup. By then, SCHS trailed by as much as 39 points.

During the remainder of the game, the Wildcats fought as had as they could, but could never make a run to overcome their huge deficit. As a result, they went on to lose to the Bulldogs by the score of 59-24. 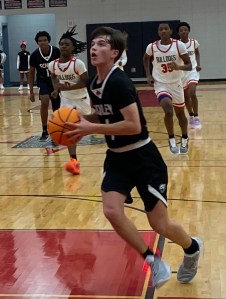 Derrick Lester led the Bulldogs in scoring with 17 points and Montrezious Leggett poured in 16 for MC in the winning cause.

The Wildcats will try once again to put a halt to their three game losing streak when they host Taylor County on Friday, January 6 at 7:30 p.m.