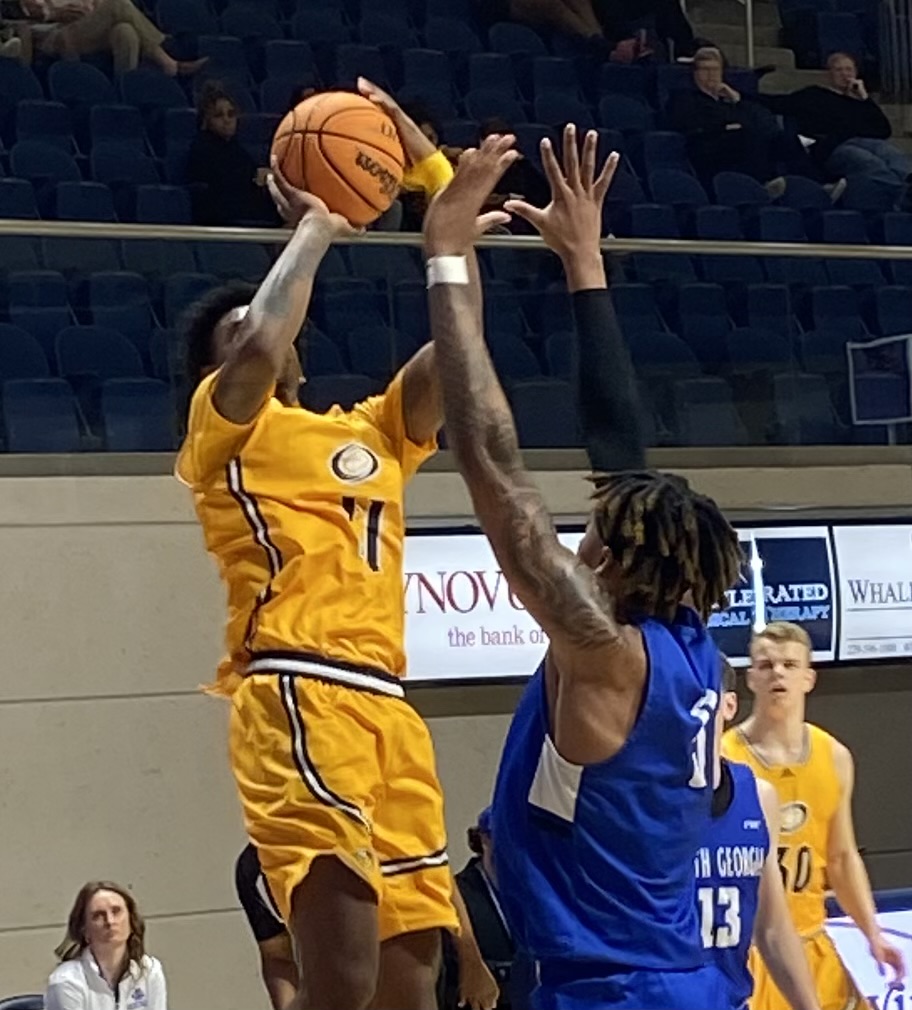 AMERICUS – After almost pulling off the upset over NCAA Division1 opponent Jacksonville State and their 87-59 win over Middle Georgia State, the Georgia Southwestern State University men’s basketball team (GSW) came into Wednesday night’s Peach Belt Conference (PBC) matchup against the 22nd ranked Nighthawks of North Georgia (UNG) wanting to keep the momentum going with their first PBC win of the season. However, due to struggles on the offensive end and an inability to match the physicality of the Nighthawks, particularly that of UNG 6’7 sophomore forward Frank Champion, the Hurricanes fell behind early and could never full catch. As a result, they suffered a 75-66 defeat at the hands of UNG at the Storm Dome on Wednesday night, January 4.

With the loss, the Hurricanes drop to 6-5 on the season and are 0-3 in the PBC. The Nighthawks, on the other hand, improve their overall record to 10-1 and they are 3-0 in the PBC.

“Obviously I’m disappointed in the result. North Georgia just played better than we did,” GSW Head Coach Aaron Coombs said. “What we struggled with tonight was we didn’t play with any type of purpose. That’s what I was disappointed in. WE did in stretches and when we did, we went on some runs, but that’s the second team in a row that has physically whipped us here at home, which is frustrating. Credit to North Georgia. They are 10-1 for a reason. They got the best player (Champion) on the floor tonight and it obviously showed.”

Champion posted a double double for UNG, scoring 22 points and grabbing 12 rebounds. Three other Nighthawks scored in double figures. Case Roach scored 16 points and both Hunter Shedenhelm and A.J. White each chipped in 12 points for UNG in the winning cause. 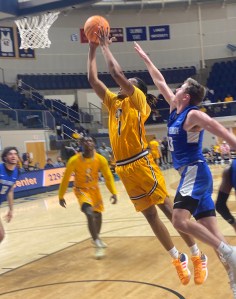 GSW senior forward Jalen Cameron goes in to score against North Georgia. Cameron scored nine points in the loss to the Nighthawks.
Photo by Ken Gustafson

As for the Hurricanes, they were led in scoring by sophomore guard Lars Nilsen and junior guard Phillip Burwell, who each scored 11 points. GSW also got nine points each from Jamari Dean, Devon Higgs, Jalen Cameron and Reggie Raynor.

The Nighthawks jumped out to a 14-6 lead during the first four minutes of the game before timeout was called at the 15:55 mark of the first half. Out of the timeout, the Hurricanes continued to struggle offensively against the stout UNG defense and the Nighthawks took advantage by going on an 8-4 run before GSW guard Phillip Burwell drilled a three-pointer to bring the Hurricanes to within nine at 22-13 at the 11 minute mark.

Over the next couple of minutes, GSW continued to struggle offensively and could not get shots to fall. This enabled UNG to extend its lead to 26-13 before Higgs drained a three-pointer to bring the Hurricanes back to within 10.

Both teams continued to trade baskets over the next few minutes, but GSW, who trailed by double digits for much of the half, got to within eight at 35-27 on a basket from Jalen Cameron with a little over four minutes remaining before halftime. 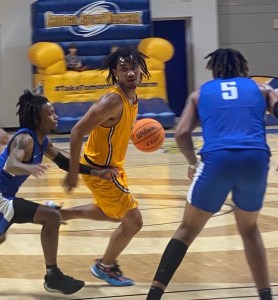 Over the final four minutes of the half, the Hurricanes were able to creep closer by drawing fouls and knocking down free throws. Then with 20 seconds to go in the half, Reggie Raynor brought GSW to within five at 36-31 with a turnaround hook shot. Though the Hurricanes struggled offensively for much of the first half, they were able to outscore the Nighthawks over the final four minutes and only trailed at halftime 36-31.

The Hurricanes also got tremendous help from their bench in the first half, as the GSW bench outscored UNG’s bench 18-10.

The second half began just as the fist half did, as UNG went on a 6-0 run to take a 42-31 lead. Raynor was able to stop that run for GSW with one made foul shot, but the Nighthawks would later take a 46-34 lead on a basket from Greg Billups Jr. with a little more than 16 minutes left. 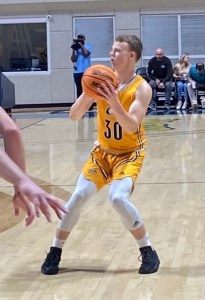 GSW tried to keep pace with UNG over the next four minutes, but managed to only trade baskets, as they could not stop the Nighthawks from scoring. With 6:25 to go in the contest, GSW trailed UNG 66-57.

Over the final six minutes, the Hurricanes tried to cut into the UNG lead, but again could only manage to trade baskets with the Nighthawks. With about 1:30 to play, Nilsen drilled another three-pointer to bring GSW to within six at 71-65, but that would be as close as GSW would get. The Nighthawks answered when A.J. White drained a three-pointer from the left corner and UNG would go on to defeat the Hurricanes 75-66.

GSW (6-5, 0-3 PBC) will try once again to earn its first PBC win of the season when the Hurricanes travel up to Milledgeville, GA on Saturday, January 7 to take on the Bobcats of Georgia College. Tip off is scheduled for 3:30 p.m.