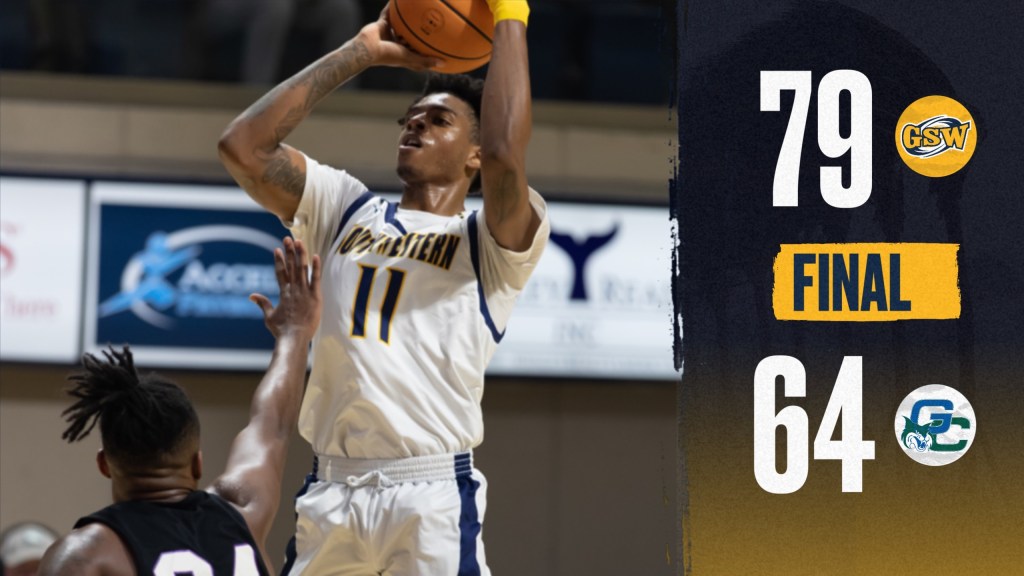 MILLEDGEVILLE – After their 75-66 loss at home to North Georgia last Wednesday, the Georgia Southwestern State University men’s basketball team (GSW) bounced back four days later when they went up to Milledgeville, GA and defeated the Bobcats of Georgia College 79-64 to earn their first Peach Belt Conference (PBC) victory of the season on Saturday, January 7.

Six Hurricanes scored in double figures in the contest. Senior forward Jamari Dean led GSW in scoring with 17 points and pulled down 10 rebounds to recorder a double double. Sophomore guard Jarrett Adderton and senior guard Brian Tolefree each poured in 11 points, while junior guards Jordan Clark, Phillip Burwell and sophomore guard Lars Nilsen each chipped in 10 points in the winning cause.

The win puts the Hurricanes at 7-5 overall and 1-3 in the PBC. They will try to earn their second conference with when they host Flagler College on Wednesday, January 11 at 7:30 p.m.