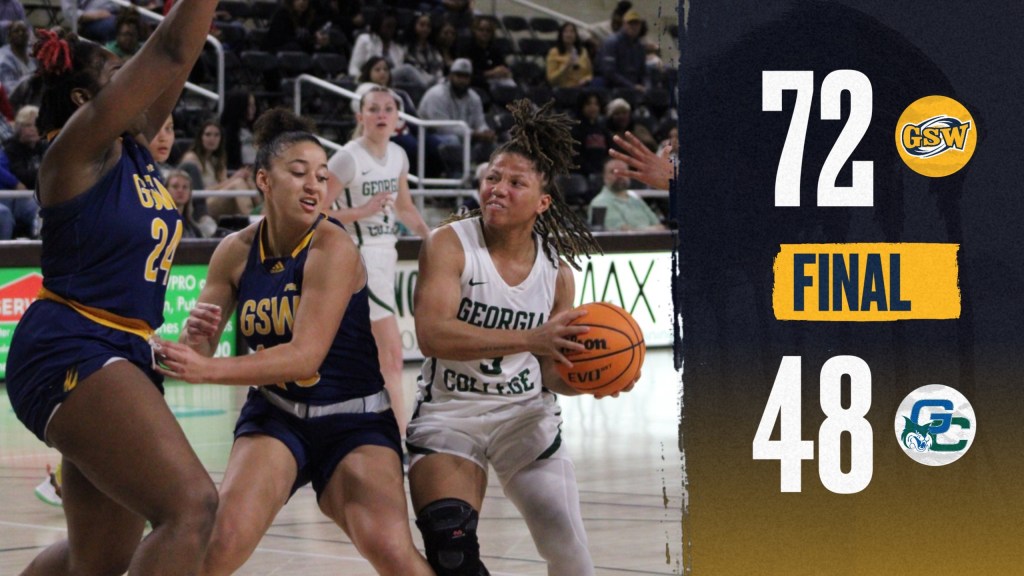 GSW junior forward Kayla Langley (#24) and one of her teammates both try to double team GC guard Angelina Confrancesco (#3). Photo by GC Athletics

MILLEDGEVILLE – The Georgia Southwestern State University women’s basketball team is on a roll. The Lady Hurricanes extended their winning streak to nine games and improved their overall record to 12-1 when they went up to Milledgeville on Saturday, January 7 and routed the Lady Bobcats of Georgia College 72-48.

After one quarter of play, the Lady Bobcats led 16-15, but from then on out, the Lady Hurricanes took control. They outscored GC 22-9 in the second quarter and controlled the game the rest of the way on their way to the 72-48 victory.

In addition to being 12-1 on the season, the Lady Hurricanes are in first place in the Peach Belt Conference at 4-0 and will try to improve their PBC record to 5-0 when they host Flagler College at the Storm Dome on Wednesday, January 11 at 5:30 p.m.