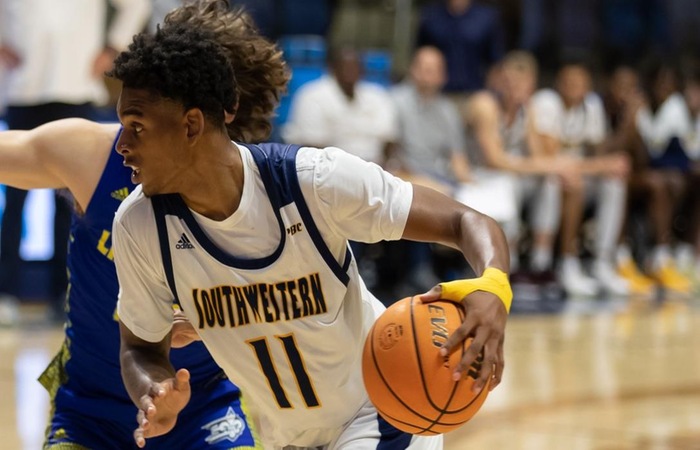 AIKEN, SC – The Georgia Southwestern State University men’s basketball team bounced back after losing its last game with a 62-58 victory over the University of South Carolina Aiken on Saturday afternoon in the Convocation Center.

Jamari Dean had a big game recording a team and season high 19 points, while shooting 78 percent from the field. Dean was one of three Hurricanes to finish in double figures in scoring, along with Devon Higgs and Phillip Burwell.

The largest lead of the afternoon was a 42-35 lead by GSW and the Hurricanes had the lead 47 percent of the time. The GSW bench outscored the Pacers’ bench 28-22 and both Phillip Burwell and Devon Higgs have now scored in double figures in their last two games.

GSW will be back home to take on Augusta (15-1, 6-0 PBC) for the second half of their two-game season series. The Hurricanes lost to the Jaguars 74-65 in the Christenberry Field House, which marked the second win in the Jaguars current 10-game streak. The teams will tip off at 7:30 p.m. on Wednesday, January 17.